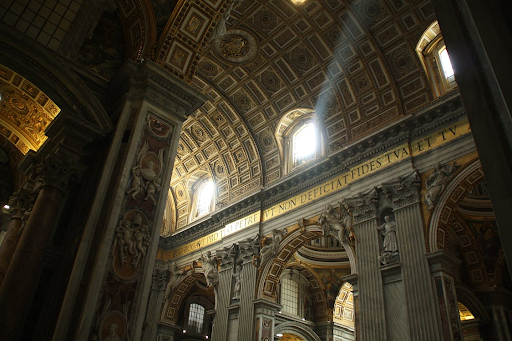 Top European Places To See If You Like Churches

It is captivating how the map of Europe is dotted with a large number of culturally and historically important churches. For all people, these are incredible monuments that you need to see because of their religious, historical, and architectural significance. If you plan a trip to some European places soon, remember that the variety of European churches is unique, so explore the most beautiful ones, because that trip will surely inspire you. For that reason, read about the best European places to visit if you like churches.

If you’re planning to visit Italy soon, don’t miss the opportunity to see the Vatican, for the Sistine Chapel is one of the most beautiful and proudest features of Vatican City. Furthermore, find the best-value Sistine Chapel tickets and visit this place in the best way. If you enjoy Renaissance art that has been painted by some of the world’s best and most famous artists, this is the right place for you. As well as the array of ancient art, this place is incredibly important for its religious activity, which makes it the significant jewel of Vatican City and one of the world’s greatest art treasures.

Famous as a city of lights, Paris has various things to offer, among which are some of the world’s most beautiful churches. One of the most famous churches in the world is definitely Notre Dame Cathedral, which always attracts tourists because of its magnificent Gothic towers and beauty. It’s placed in the heart of this beautiful city, and it was completed in the 13th century, representing an astonishing example of French Gothic architecture. You can quietly admire this place and enjoy its medieval architecture.

When you decide to take a trip to Germany, visit Cologne, which is famous for its Cologne Cathedral, one of the most significant churches there. It represents the major achievement of Gothic architecture in the country, and it is the most visited landmark in all of Germany. This church started to be built in the middle of the 13th century, but it was finished in the 1880s, and it was considered a place you couldn’t miss visiting during a trip to Cologne. It’s also among the tallest churches in the world, overwhelming everything that surrounds it, so it’s important to take your time and visit it. 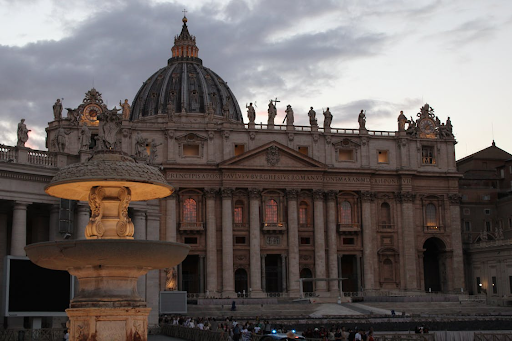 If you like Spain, its history, and its culture, and you decide to go there, don’t leave before visiting Barcelona. Apart from its beauty, Barcelona is famous for the Sagrada Familia, a famous church designed by Antoni Gaudi. The construction of this church started in 1882, and Spanish architects are still finishing it today, but it's already been placed on the UNESCO World Heritage Site list. This church is equally fascinating from the inside and outside; it served as an inspiration for many artists, and it is absolutely one of the most iconic places in Europe.

Vienna Is Waiting for You

Known as a beautiful city, Vienna is also famous for its religious places. Saint Charles Church in Vienna, also known as Karlskirche, is a famous Baroque church in Europe. Designed by the well-known architect Johann Bernhard Fischer in the 18th century, it was built as a sanctuary during the plague epidemic. The church is dedicated to Saint Charles Borromeo, known as a saint who protects people from the plague. Today, this church hosts Vivaldi concerts because he was buried nearby, so don't pass it up.

Famous as one of the most beautiful and significant cities in Europe, you must see London and enjoy the numerous fantastic places in this city. If you’re fond of churches, visit St. Paul’s Cathedral, which has been an essential part of the city skyline. It was built in the 17th century and is the seat of the Bishop of London, representing one of the highest points in the city. This church has a massive dome, and its interior is very opulent and interesting. The church is worth visiting, and you can try to climb the dome and enjoy breathtaking views of London as well.

If you decide to visit Budapest, see St. Stephen’s Basilica, which is the most significant church in Hungary. This church is home to many relics and tombs of famous Hungarian kings and saints. This building is one of the tallest in Hungary and is famous for its twin bell towers, which stand on either side of its central dome. If you go inside this church, you can admire the frescoes that are all over the ceiling, and after that, climb to the top of the cupola and enjoy Budapest.

By exploring some of Europe's greatest cities, visit these churches that offer a taste of the cultural and religious heights of the Renaissance and Middle Ages. In that way, you can enjoy the most gorgeous buildings you’ll come across on your European trip and become part of them. These buildings will make memories for you, so enjoy their beauty and grandiosity to the fullest.