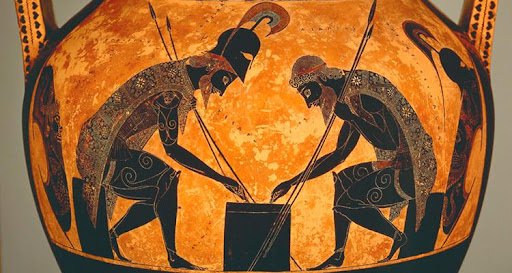 How have Gambling Trends Been Changing Over the Years?

The history of humankind is connected tightly with the history of gambling, and it seems that no matter how far back in time you go, there are indications that gambling undoubtedly took place wherever groups of people met. People couldn't go to the online Casino Slots Empire with their phone or turn on PlayStation back then, and it's obvious that gaming and gambling weren't the same as we are used to. Nevertheless, they had many other ways to entertain and games to enjoy.

One of the first games was dice. Dice were found during excavations in the area of the former Mesopotamia - they go back to 3000 BC. Archaeologists have also found similar objects in the tombs of Egyptian pharaohs and Indian burials.

The first playing cards probably appeared in China in the 9th century, although many historians consider India the cradle of cards. Indian cards were round and made from all kinds of materials - from paper to palm leaves, wood and ivory to fish skin. Of course, the cards of that time were not like those known today, but their purpose was similar.

Cockfights were also very popular in antiquity - they are known both in India and Ancient Greece but became worldwide immediately. Because of the huge popularity of the bets on cockfights, the English king Henry VIII Tudor built a special arena in London. The English were willing to bet on "games" that involved animals back then.

Some believe that the oldest variants of the well-known today blackjack game originated from the Spanish game known as Ventiuna, which is mentioned in a book written by the author of Don Quixote in 1601. However, there are various myths about alternative origins. Moreover, the creators of the game are unknown. However, the seventeenth-century French game of vingt-et-un is undoubtedly the direct ancestor of the modern game.

Meanwhile, poker seems to have evolved organically out of various card games over decades, if not centuries. Some argue that poker's origins can be traced back to seventeenth-century Persia, while others say that the game we know today was influenced by a French game called Poque.

In 1765, the first roulette prototype appeared in France. A fun fact is that its author is police officer Gabriel de Sartin. He wanted to create a device that would be impossible to cheat. According to other sources, the first roulette was created by the French mathematician and philosopher Pascal, who was trying to invent the perpetual motion machine. The first casino was opened shortly after that.

The word "casino" in Italian means "country house." The idea of creating a place where gambling lovers could gather came to the head of the Prince of the Principality of Monaco, Charles Grimaldi. So in 1863, the first casino was opened.

In 1895, the world's first slot machine was invented, popularly referred to as the "one-armed bandit." The invention belongs to the American mechanic Charles Fey. Currently, such machines are an integral part of any casino and are very popular.

At all times, there were those who loved and encouraged the gambling business and those who tried to impose a taboo on it. Religion has always sought to forbid people from playing with luck because they considered it the devil's tricks. It is worth noting that with the spread of gambling, cheaters began to appear, trying to deceive those who like to take risks.

Today, gambling develops mainly on the Internet and among mobile users' applications. According to the latest statistics, the online games market was worth more than a billion dollars in just five years. Years after its launch, it is a multi-billion dollar industry with thousands of online casinos worldwide. As Internet users gradually move away from desktop computers in favor of mobile, the e-gaming market will follow suit.

Online games for mobile devices, mobile betting apps for uninterrupted access to game results, and quick bets are the future of gambling. Gambling has changed many times over the centuries, games have disappeared, and more have appeared. Players first played fish skin cards, bet while dogs gnawed bears, and invented chips instead of money to hide from the guards in ancient Rome. Today we have different tools, we use the Internet, and we predict the results of sports games - not cockfights, but one thing remains unchanged: gambling continues to bring pleasure to thousands of people worldwide.