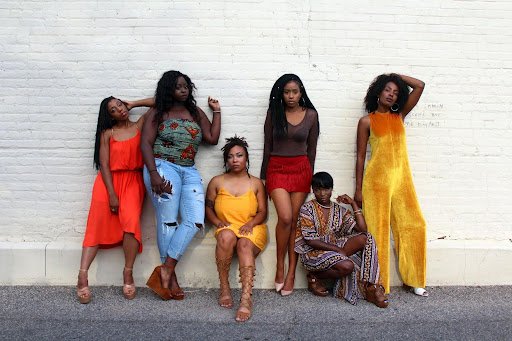 Photo by Clarke Sanders on Unsplash

Fashion has been an integral part of human culture for thousands of years. From the earliest civilizations to the present day, people have used clothing and accessories to express their identities and reflect their social status. The history of fashion is a fascinating and complex subject that encompasses art, culture, politics, and technology. In this article, we will take a look at some of the key developments and trends that have shaped the history of fashion over the centuries.

Clothing was used to indicate a person's social status and profession, as well as their religious beliefs. For example, the nobility wore ornate clothing made from expensive fabrics, while the lower classes were limited to simpler, practical clothing.

The 18th and 19th centuries saw significant changes in fashion. In the 18th century, the French Revolution led to a more simple and practical style of dress, as the aristocracy was replaced by the bourgeoisie. The 19th century saw a return to more elaborate styles, with the introduction of new technologies such as the sewing machine and the rise of the department store.
20th Century Fashion

The 20th century was a time of great change in fashion. The rise of the fashion industry and the influence of Hollywood led to a greater focus on fashion as a form of self-expression. The 1920s were characterized by the flapper style, with shorter hemlines and a more relaxed attitude to clothing. The 1930s saw a return to more traditional styles, while the 1950s were characterized by the rise of the "New Look" and the introduction of the miniskirt. The 1960s and 1970s were a time of great experimentation in fashion, with the rise of the counterculture and the influence of the Civil Rights movement.

The Nike Dunk is a sneaker that has become a cultural icon in the world of fashion and athletics. The shoe was first introduced in 1985 as a basketball shoe but has since become a staple in the world of skateboarding and streetwear. The history of the Nike Dunk is a story of innovation, collaboration, and cultural influence. In this article, we will take a look at the evolution of the Nike Dunk, from its origins as a basketball shoe to its current status as a fashion icon.

Origins as a Basketball Shoe

The Nike Dunk was first introduced in 1985 as a basketball shoe. The shoe was designed to be lightweight and durable, with a high-top design that provided support and stability for players on the court. The Nike Dunk quickly gained popularity among college basketball teams, and in 1986, Nike began to release the shoe in a variety of colorways that matched the colors of different college teams. This strategy helped to make the Nike Dunk a popular choice among college athletes and fans.

Rise of the Sneakerhead

The Dunk in Streetwear

As the Nike Dunk's popularity continued to grow, it became a staple in the world of streetwear. The shoe's retro design and a wide variety of colorways made it a popular choice among fashion-conscious consumers. Streetwear designers began to collaborate with Nike to release limited edition versions of the Dunk, further solidifying its place in the fashion world.

The Nike Dunk continues to be a popular choice among athletes, skateboarders, sneaker enthusiasts, and fashion-conscious consumers. The shoe's retro design and wide variety of colorways make it a versatile option that can be worn in a variety of different contexts. Today, the Dunk is considered a staple in the sneaker world and continues to be released in different collaborations and colorways.

The Nike Dunk is a sneaker that has become a cultural icon in the world of fashion and athletics. From its origins as a basketball shoe to its current status as a fashion icon, the Dunk has evolved to meet the changing needs of different groups of consumers. Today, the Nike Dunk continues to be a popular choice among athletes, skateboarders, sneaker enthusiasts, and fashion-conscious consumers, thanks to its retro design and a wide variety of colorways. The Dunk is a shoe that has stood the test of time and will continue to be a staple in the sneaker world.