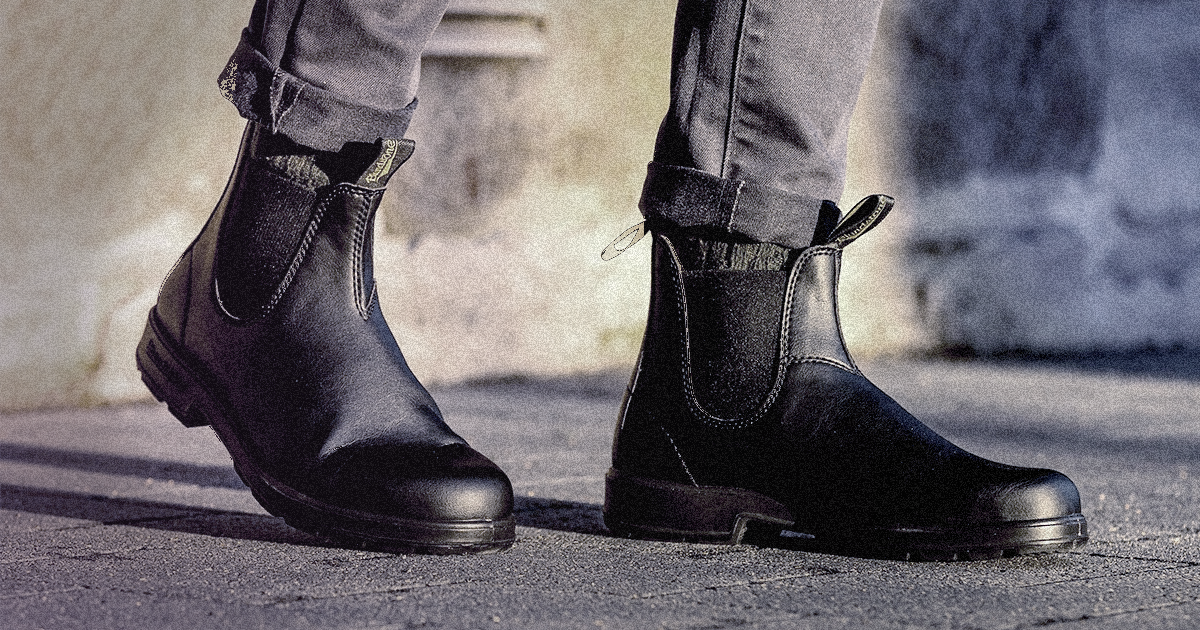 Today, boots are somewhat of a symbol of rebellion and counterculture. With celebrities like Halsey, Billie Eilish, and Tyler the Creator continue to work boots into their alt looks, despite being “mainstream”. These looks fall back and lean on days gone by when subcultures were wearing uniforms to express themselves. We can think back to Kurt Cobain rocking a pair of chunky boots or even The Beatles with their Chelsea boots. Visit Stridewise, a sturdy pair of boots to stand out above the rest. What exactly is it about boots that make them so edgy?

Starting out strong with the “Mods”. A subculture that emerged in the UK in the 1950s and 60s, which has had a ripple effect on the fashion industry for generations. Mods were known for their stylish, but clean appearance. Famous for wearing tailored suits and riding scooters, mods were labelled such due to the association with mod music, a bit of a mix of ska and rock.

For mods, boots were a way to add a touch of sophistication to their outfits. Mods often opted for smart, refined styles of boots, such as desert boots or Chelsea boots. They were often seen as rebels or outsiders to mainstream society at the time. Though, not all mods necessarily considered themselves to be rebels as such. A good example and window into mod fashion could be Paul Weller of The Jam, who was often seen wearing a smart pair of Chelsea boots. It’s kind of wild to think that we’re still wearing them today, and they’re just as cool as ever.

In fact, you can pick up a cool pair at Blundstone, a brand that has been making these for decades. Not only do they offer classic Chelsea boots, but also chunkier styles and different colours.

You may have heard of “Rockers”, a youth subculture that was also around during the 1950s - 60s, a subculture that often clashed with mods and visa-versa. In contrast to mods, rockers were unsurprisingly associated with heavier rock music and the lifestyle that surrounded it. Particularly associated with motorbikes, rockers were known to ride British bikes such as Triumph and Norton, but also Harley Davidson from the U.S. When it comes to fashion, rockers would wear leather jackets with jeans, as well as “biker boots” or work boots. Often with more durability and strength than other types like Chelsea boots, with features such as steel toe caps.

Then Came the Punks 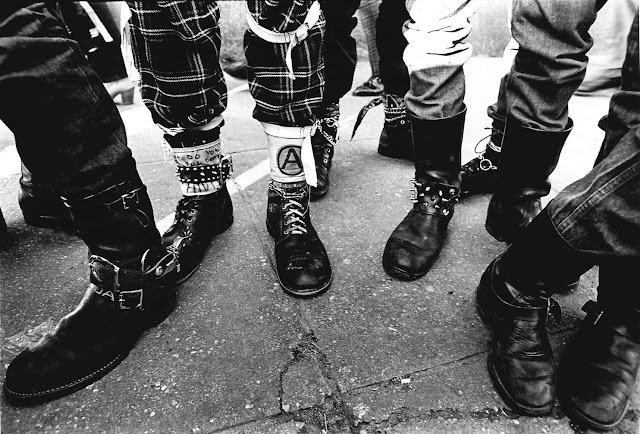 Next up, is probably one of the most famous subcultures that are known for wearing boots, with incredible and wild outfits, which is of course the punks. Rising in the 70s in the US and the UK, punks wore clothing that gave off a rough and ready vibe to match the fast-paced, DIY sound of punk music.

Nowadays, boots are closely associated with the punk movement. Military and police boots, in particular, were a popular choice among punks due to their association with authority and conformity. By wearing boots, punks were able to subvert these associations and reclaim footwear as a symbol of rebellion. Over time, naturally, boots became an integral part of punk fashion and continue to be a staple in the wardrobes of many alternative fashion enthusiasts today. As they like to put it, punks not dead!

Today, fashion is a big mix-up of decades gone by, just walking down the street you’ll see three different subcultures in 5 minutes - which we think is pretty cool! Not to mention that people are mixing and matching different styles to make a unique statement. Such as wearing chunky boots with suits, or leather jackets with dresses! Fashion is a whirlwind and the possibilities are endless, so be creative!

Boots have made their way into new subcultures too, with hip-hop celebrities wearing chunky work boots, with nostalgic reference to days gone by when cities were heavily industrial, such as Detroit and car manufacturing. Tactical wear is also super popular right now, with streetwear fashion brands advertising clothing with boots. This just goes to show that the practical and functional positives in a pair of boots are timeless and can be customised to suit all different kinds of subcultures.

Watch Out for Fakes

No doubt we’ve convinced you to go on a shopping hunt for a cool pair of boots, from our incredibly convincing blog post! But before you do, make sure you research the brand that you like - because there tends to be some illegitimate sellers doing the rounds to make a quick buck. Nothing looks quite as bad as an imitation brand or copy, so go to a reputable seller that has the real deal in stock.

- How To Update Dated Or Vintage Clothing

- Where to Find Ladies Motorcycle Jackets