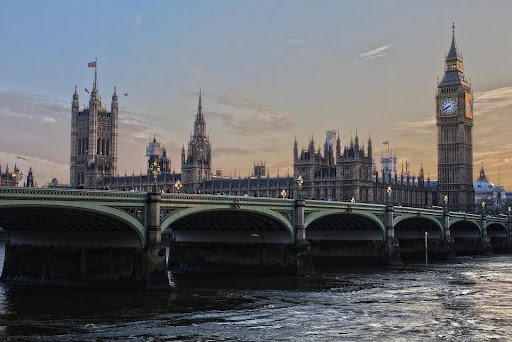 The six unique attractions not to be missed in England

England is one of the world's most popular travel destinations for young and old, the place where everyone wants to go sooner or later to visit its cities full of attractions and history.

It may be considered a small country in terms of geographical extent. Still, England has been and continues to be very influential in Europe and the world and extremely attractive because of its exciting cities and ancient cultural tradition.

Plus, the country is straightforward to get around even without a car, with its most popular tourist destinations well connected by trains and buses.

Ten miles north of the historic city of Salisbury is Europe's most famous prehistoric monument, Stonehenge. Unfortunately, the story about the construction of Stonehenge is still steeped in mystery. All we know about this megalith is that it dates back at least 5,000 years.

Today it is one of the most iconic prehistoric monuments in the world and among the most visited monuments in all of England. Not only is the mystery surrounding it fascinating, but Stonehenge also holds the record as the most architecturally sophisticated stone circle in the world.

Visiting the site immerses one in an ancient and mysterious atmosphere. Then it moves on to visit reconstructions of Neolithic houses to learn about the tools and household objects of our ancestors' daily lives.

Prison, palace, vault, observatory: the Tower of London has served many functions and today is one of London's main attractions, as well as England's most important building, a UNESCO World Heritage Site.

The centerpiece of this fortress on the Thames is the White Tower. Built-in 1078 by William the Conqueror, it houses extraordinary exhibitions, such as Line of Kings, the crown jewels exhibition, the classic Yeoman Warder Tours, and the Royal Mint.

Bath is a charming small town in Somerset that boasts several tourist attractions.

Although it is best known for its magnificent 2,000-year-old Roman baths built around the city's rejuvenating hot springs, it is equally known for its honey-colored Georgian townhouses, such as those located on Royal Crescent.

Some 500 of the city's buildings are considered to be of historical or architectural significance, which has led to the entire town being awarded World Heritage status.

The magnificent York Minster is second in importance in the Church of England only to Canterbury Cathedral. It is located in the historic center of York, surrounded by half-timbered houses and buildings, medieval guild seats, and churches.

York is also an excellent base to explore the northeast of England, particularly the rugged beauty of the Yorkshire Dales and the North York Moors.

The official seat of the Queen of England, Buckingham Palace is a must-see London destination. The palace contains as many as 775 immaculate rooms, gardens, and a treasure trove of priceless art from around all over the world.

The 19 State Rooms are beautifully decorated with some of the greatest treasures from the royal collection.

It is also the place to witness the famous Red Uniform Changing of the Guard ceremony, which takes place daily in summer and every other day during the different seasons.

Buckingham Palace is located in the Westminster district, where there are other famous attractions, such as Big Ben, the Houses of Parliament, and the famous Hippodrome Casino, recognized as one of the best casinos in the world for all gambling enthusiasts.

So if you are a casino enthusiast, you should definitely visit it.

On the other hand, if you prefer to stay in your hotel and rest, you can always turn to platforms like Vegas Online Slots in the UK that offer the best slot machines in the country, even with more benefits than physical casinos such as welcome bonuses, and many other additional benefits. It takes mere seconds to swap machines, and you can even change casinos if you want to.

Windsor Castle is located 40 minutes from central London. Famous as one of the royal family's official residences, it regularly opens its doors to visitors when it is not inhabited.

The castle dates back to the 11th century when a triumphant William the Conqueror erected a fortress on this site.

Today you can visit the castle chapel, the State Apartments, and the magnificent Queen's Gallery. The gardens are enormous, stretching about five kilometers around the castle and offering spectacular views of the surrounding area with this historic building as a backdrop.