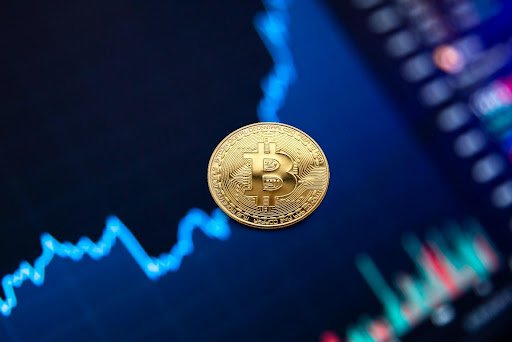 The introduction of Blockchain and cryptocurrency technologies has greatly changed the way we do many things, especially in the online space. One of the benefits of these changes is how and how we play online games.

It has also introduced a new type of online game to the scene. One of such games is the crash game. It is not really about the game mechanics; it is more about the financial aspect of the crash games.

The many innovations in the cryptocurrency market have upgraded everything about this game, as it is faster and more secure than it used to be. Just like the way this technology has also affected how businesses transact, creating many opportunities in every sector.

A crash game is a gambling game that contains lines that maintain a random up and down movement, multiplying the player’s bet. Unlike the traditional gambling game, this one is easier to play and comprehend.

The Crash Game works so that it manages the player’s stake until it finally crashes, hence, the name crash game. If you are lucky enough to withdraw before your money crashes, you will save your funds from getting liquidated.

Although the crash game is easy to comprehend, players can get emotionally intense by just playing this game.

Reasons Why Most People Think Crash Games are Difficult

Crash games are too recent. The popularity is still growing; as a matter of fact, not all online gambling platforms offer this game to the public. So, even if you encounter some challenges in the process, you hardly see a colleague to ask unless you have to contact the call center of the game.

Before a game goes viral, it must have been promoted by major game studios. The major ones are NetEnt and Microgaming (there are others, though), and from the look of things, they are yet to integrate the Crash game into their gaming portfolio. At least, not yet.

Although cryptocurrency is widespread, not everyone has mastered the concept. Because Crash games are too linked to cryptocurrency, some gamblers find it complicated.

Again, most online casino players have become so familiar with the traditional method that learning about this crypto-linked game might be stressful. They don’t just have the time.

It comes with Manual Mode

Because the Crash game is still advancing, most of the features are still either in development or advancing based on popular reviews. Normally, crash casinos come in manual mode, but modalities are in place to upgrade it.

Players think a game like this should have automatic betting and cash-out features – that’s what experienced casino players play these days.

Some Interesting Facts to Note About Crash Games

Crash games are the invention of cryptocurrency

The introduction of cryptocurrency gave rise to many other businesses, and Crash games are one of the latest inventions. This game is tagged as part of an online casino game, and it is installed with the most transparent, fair features, just as the blockchain system has offered it.

Limited in Availability, yet Exciting to Indulge

Although it is still penetrating the market, the Crash game remains one of the most exciting ways to gamble online. The game is designed in such a way that it makes players stay glued till the end.

This is because many things can go right or wrong when you lose focus. Also, its blockchain-induced guessing game has high fair payouts.

The Development is in line with the Original Concept

The first crash game was developed in 2014 and was called “Budtabit.” It is an online casino game with a moving curve that moves up and down. These curves are similar to the ones you see on cryptocurrency market trends.

The original idea of the game is still reflected in the way the game is: to live up to Bitcoin’s values in an amazing way. This is one of the great ways for those knowledgeable in the areas of bitcoin and cryptocurrency to replicate their skills in the form of a game.

The game mechanics are very easy to comprehend but even easier for those already knowledgeable in cryptocurrency and blockchain technology – it is even better when you are a cryptocurrency trader.