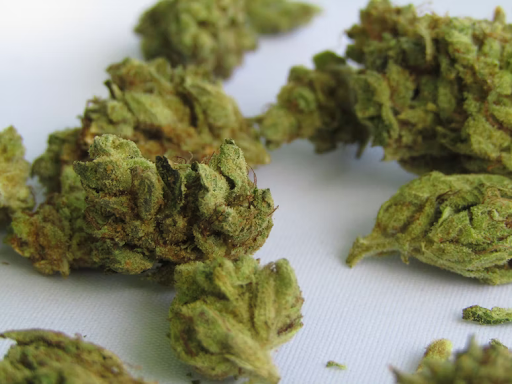 Marijuana in Medicine - the Best Research in 2022

Of course, medical breeds of cannabis need special treatment and must be grown under the watchful eye of scientists. Growing recreational marijuana, though, doesn’t require any specific conditions or constant care. It’s easy enough and can be arranged in your home!

If you have already begun your journey as a grower, you’re probably wondering how to grow a high-quality bush. You should know about the best nutrients for your plant and follow the autoflower feeding schedule. And don’t forget to water!

Medical Use of Marijuana

The recreational use of cannabis is pretty obvious. But what about medicinal usage?

Marijuana has thousands of years of history in medicine. It was used in various cultures throughout the world. The effects and benefits of cannabis use have been known by humanity since ancient times.

Then the 20th century came and made cannabis a taboo. In 2020 the UN re-classified it and excluded marijuana from the list of the most dangerous drugs. Today, scientists claim that medicines with cannabinoids help people with various diseases.

Marijuana is somewhat famous for its pain-relieving effects. It’s not an anesthetic, though, but a relaxant. It doesn’t block the nerve endings like analgesics do but reduces muscle tone and motor activity. Relaxants like marijuana relieve pain syndrome due to the relaxation of the smooth muscles.

Medical marijuana can be prescribed to relieve pain in the following cases:

The research shows that, due to the relaxing features of marijuana, it can minimize tremors. Due to the lessened percentage of THC, CBD acts as an anticonvulsant medication and reduces tension in muscles.

The clinical tests show improvements in patients with:

Many patients with cancer or AIDS suffer from chemotherapy-induced nausea and vomiting. According to a Harvard 1991 survey, 44% of doctors privately recommended their patients to smoke marijuana to reduce the effect of chemotherapy. Most recent surveys show that 96% of patients experienced instant nausea relief after consuming cannabis-including products and medicines.

Alternative methods of nausea and vomiting treatment, doctors say, are not as effective as cannabis-based medications. They also tend to increase anxiety and paranoia. Medical marijuana that has a reduced amount of THC works as an antioxidant, convulsant and anti-inflammatory.

The use of marijuana leads to an increase in appetite due to the fact that the active components like THC increase the sensitivity of the "food smell" receptors in the olfaction center in the brain.

Different research shows that patients who took marijuana-including medications did not lose any weight, and from 22% to 70% of them even gained it. Patients who took a placebo lost 1 pound on average. This can be an essential benefit for those who suffer from the side effects of chemotherapy or HIV/AIDS-caused anorexia.

Marijuana was also found to be useful in treating chronic pain. The advantage of cannabis is that it is much safer than opiate-based painkillers, which are highly addictive. The possibility of an overdose is also minimal. Many patients with multiple sclerosis claim that after switching to marijuana treatment, they managed to return to their previous activities.

There are different forms of medical marijuana. The prescribed form depends on the disease itself. The undeniable benefit of cannabis is, of course, the fact that overdosing is an impossibility.

This method is based on inhaling smoke, steam, or a fine aerosol. It’s used to help with insomnia, nausea, pain, and reduced appetite.

There is a dense system of capillaries in the sublingual space, so the medicine can be absorbed into the bloodstream, bypassing the digestive tract. This is used in the form of an oil or infusion.

These are liquid forms (like syrups), sprays, or pills containing medical cannabis. They are often considered an introduction to marijuana-based treatment thanks to the simplicity and precision of dosing.

Cannabis is famous for its anti-inflammatory effect. Localized usage of cannabis-based ointments, lotions, and oils externally on the skin reduces pain in joints and tendons, relieves muscle tension, moisturizes the skin, and prevents swelling.

Where Can Marijuana Be Prescribed by a Doctor?

The decision to remove cannabis from the list of the most dangerous drugs was made in 2020. Now, UN members are dealing with the consequences of that action. Marijuana for both recreational and medical use doesn’t have a constant legal status everywhere: it varies from country to country.

You can get a legal prescription for medical marijuana in some countries of Central and Southern Europe like Germany, Switzerland, Italy, Croatia, Greece, the Czech Republic, and Scandinavia. The US varies from state to state, and the legal status varies with them. Most of South America has also legalized the medical use of marijuana. In most countries of Africa and Asia, cannabis use, including medical, is illegal.

The medical use of marijuana has its pros and cons, like any other medical treatment. Sometimes it can be wise to move to a place where medical use is legal, widespread, and controlled. This way, you can ensure your safety and have proper treatment.