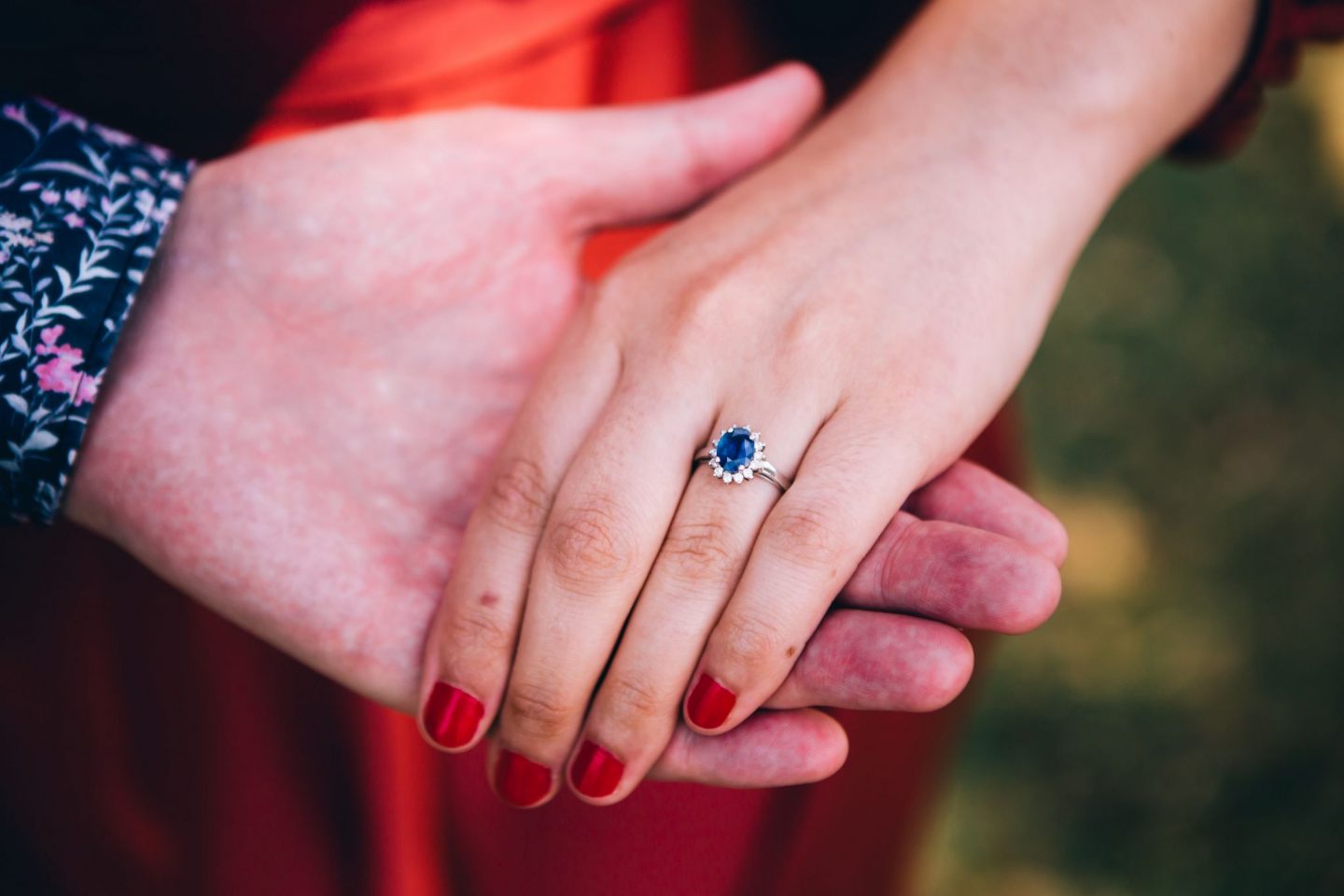 A Guide to The Perfect Tanzanite Engagement Ring

Tanzanite rings are a peculiarity of the 21st century. Amongst the hundreds of other stones, the Tanzanite stands out thanks to its looks and impact.

In this guide, we’ll uncover more about Tanzanite magnificence, along with guiding you on how to pick the right Tanzanite for your engagement ring. Read on to familiarize yourself with this beauty!

Originally, Tanzanite was discovered in the 1960s, and it was Tiffany & Co that held the first rights to the stone. The company named this newly found gemstone Tanzanite back in the day because it came from Tanzania.

In terms of properties and nature, the Tanzanite is a trichroic stone which means it gives off different colors under different lights. However, it's only shades of blue, violet, and indigo that the stone explores. We’ll discuss picking the right color in the guide below.

On Mohs scale, Tanzanite ranks anywhere between 6-7, which means it’s not as tough as diamond, alexandrite, or ruby. Instead, it corresponds with the durability of lesser-known beauties like itself, such as onyx. Upon falling or being treated roughly, the Tanzanite may develop cracks and fissures. It’s not a stone you can carry ever, especially if you’ve got a rough routine like playing around with kids.

In terms of value, Tanzanite is a reasonable stone. You can get one carat of the A-Grade Tanzanite at $200. However, the finer qualities of the stone may cost more. For example, one carat of AAA+ costs $425.

How to choose the best Tanzanite engagement ring?

Now, if you’re planning for a Tanzanite engagement ring, there are a few things that you ought to take care of, and these include:

As mentioned earlier, Tanzanite stones possess a color between blue and deep indigo. That’s surface information. Gemologists and jewelry manufacturers have more technical methods of classifying and describing the color of Tanzanite. It is classified under the GIA system.

GIA basically stands for Gemological Institute of America. It describes the color of Tanzanite based on three components. These include:

The tone is represented by a digit and it represents how dark the stone happens to be. The finest Tanzanite possesses a 6-tone, which is a medium-dark hue. Saturation is also represented by digit. It expresses the depth of the color. Ideally, the saturation of a fine Tanzanite should be 6 too.

When we talk about a stone’s clarity, we assess its fissures, fractures, and inclusions. Any bubbles or cracks inside the stone downgrade its clarity and are not desirable.

There are three types of clarity in Tanzanite stones, according to GIA. These include:

Ideally, you should opt for type 1 since it is inclusion-free. But again, determining clarity will not be as easy for you because often the inclusions are minute and microscopic. You’ll need a gemologist or jeweler’s help. For theoretical knowledge, read this detailed post about Tanzanite clarity.

The cut of a stone refers to its shape. The better it’s cut, the better color and clarity it possesses. There are no hard and fast rules about the best Tanzanite cut. All shapes ranging from oval to octagon may have a great Tanzanite cut. It depends on how efficiently the job’s done.

A carat is a unit of measurement. It represents 0.2 grams. The greater the carat weight, the deeper its color and the more valuable it is. However, greater carat weight also means greater pricing. Also, note that it’s rare to find big Tanzanite stones.