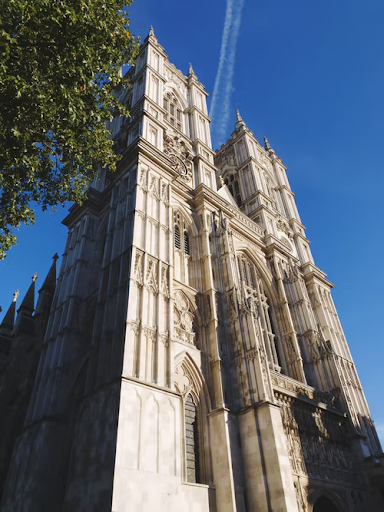 If you have wanderlust, there are a plethora of historical sites all around the world that you must explore as soon as possible. Each site or landmark contains a piece of history that should be admired and enjoyed to the fullest. Now that COVID-19 restrictions have loosened and some countries are warily welcoming visitors back, it is the ideal time to explore these historical destinations.

Are you confused about where to begin? Take a look at our list of the top 15 most interesting and unusual historical sites in the world and choose your favorite!

15 Must-Visit Historical Sites In The World

Completed in 2560 BC, it is one of three notable pyramids located near Giza. The Pyramid of Khafre is an impressive structure as well but was built about 500 years after that of King Cheops. The Great Sphinx stands to one side of Cheops’s pyramid; it is perhaps even more famous than either. It may have been constructed as early as 5000 BC and survived to modern times thanks only to continuous restoration work since then.

You'll be astounded by the Nile's grandeur, Egypt's culture, and, most significantly, how the landmarks have been preserved to this day. This is something you should see at least once in your life. Plan a 10 day Egypt itinerary to see all of the historical places and have a once-in-a-lifetime experience.

It is simply amazing that, at one time, a staggering 50,000 spectators could fit into an arena just over half a mile long and 270 feet wide. The Colosseum was built in Rome between 72 CE and 80 CE. At its height, it became a common site for gladiator battles as well as animal hunts. Even though Christian martyrs were sometimes thrown to wild animals there, no one knows for sure who won because it wasn’t recorded.

Located in Pisa, Italy, The Leaning Tower of Pisa stands on three different kinds of soil. It was designed by architect Bonanno Pisano between 1173-1178 A.D. Although it has been closed to tourists for several years, it is still one of Italy’s most popular historical tourist attractions. The tower is often compared to a building that is listing or sinking into its foundation due to faulty construction, but there are other reasons for its tilt.

Discovered in 1911, Machu Picchu is an Incan ruin site high in the Andes Mountains that once served as a sacred place for Peruvian royalty. It was likely built during 1450–1460 AD and is one of South America’s most famous tourist attractions. Built over many terraces, it consists of stone walls without mortar (dry-stone walls) on several levels.

Taking a vacation becomes best if it’s in Petra, an ancient Nabataean city in southern Jordan. It was once a stopover for caravans traveling between Petra, Mount Sinai, and Gaza. In modern times, Petra was Jordan’s most popular tourist attraction, though it is now beginning to lose some of its allure due to political turmoil in Jordan. Nevertheless, it remains one of Jordan’s most popular attractions, drawing tourists from all over.

If you haven’t been to Alcatraz in San Francisco, then you’re missing out on a piece of history. Alcatraz was a prison for some of America’s most infamous criminals in its time, including Al Capone and George Machine Gun Kelly. The island offers an interesting way to learn about an American era that has faded from memory.

The iconic Christ The Redeemer statue, located atop Corcovado Mountain in Rio de Janeiro, Brazil is considered one of the most popular destinations in South America. Built to honor Jesus Christ's ultimate sacrifice, it's truly a sight to behold. It stands at a whopping 98 feet tall (unveiled in 1931) and was dedicated by then-president of Brazil, Rodrigues Alves.

Here are some of Chichen Itza’s historical figures that we think are worth knowing about. The Chichen Itza Ruins give you a feeling of how Mayan life was during their days of glory in the Yucatan Peninsula. This is one place that you won’t want to miss when visiting Mexico City. The Maya civilization thrived for almost 2,000 years in ancient Mesoamerica, leaving behind numerous great cities, beautiful art, architecture and so much more on an unimaginable scale.

As you stand in awe of what Kilkenny has to offer, there is no escaping a sense of serenity. The city’s claim to fame is that it’s one of three cities in Ireland (along with Dublin and Cork) where shillelaghs were not used as weapons. At any time, you can step inside St. Canice’s Cathedral, one of Europe’s largest medieval churches.

The Alhambra is a complex of palaces and fortresses, located in Granada, Andalusia. It was originally constructed as a palace in 889 by Abd ar-Rahman I, emir of Córdoba. Over many centuries it grew to be larger than any other palace in Europe. The magnificent palace has contained some great historical figures such as King James I of Aragon. It is also famous for its open space where sports games are often played.

The Sistine Chapel at Vatican City State is a place of religious significance in Rome, Italy. It is here that members of the Catholic Church make significant decisions for their church, including voting for new Popes. It’s also where all Cardinals gather to elect new Popes when necessary.

Mont Saint-Michel is a rocky tidal island in Normandy, France. It’s connected to its larger neighbors, both literally and culturally. The waters around Mont Saint-Michel are not only magnificent but have also proven treacherous: Sailing vessels have wrecked off its shores many times over history. When you visit today you can still see remains of old ships protruding from nearby beaches.

The Hagia Sophia is a former Greek Orthodox church, later a mosque, now a museum. It is considered one of history’s greatest architectural achievements. The walls of Hagia Sophia had to be repaired to support a massive dome that rests atop it, as the weight of the dome caused the walls to bulge outward. Managing a round dome to stay on top of a square building is astounding in and of itself, which is why the Hagia Sophia intrigues people.

Westminster Abbey is not only one of Europe’s most historic buildings, but also holds a huge amount of significance for anyone with an interest in British history. The building was constructed to house a community of Benedictine monks, who came to England from France after being exiled from their original home by Bloody King William I.

Deir El Medina is a necropolis or cemetery of workers' tombs. It was built during Egypt's 18th dynasty (the New Kingdom period), although some burials date back to the 17th dynasty.

Of course, many historical sites throughout the world are worth traveling to. It would be impossible to list them all here. But, we have listed 15 of our favorites for you to think about!