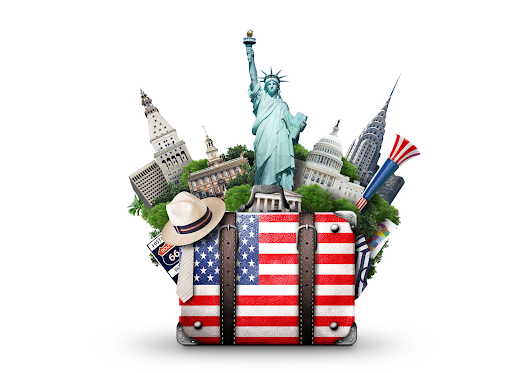 Every year, there are almost 80 million international visitors in the U.S. If you want to be one of the millions of people that visit the United States, you aren't alone.

Before visiting, especially if it is your first time, there are things to know. Depending on where you visit from, the culture and lifestyle could be drastically different than you are used to.

Keep reading to learn five things to know before your trip.

Countries that are part of the visa waiver program in the United States include the following:

Almost all of Europe is part of this program as well. Even if you are from one of the countries that don't require a visa, you might still need an ESTA, aka an Electronic System for Travel Authorization.

An ESTA works as a pre-approval letter to enter the United States without a visa. If you fail to do this, you might end up in the hands of Immigration and Customs Enforcement (ICE).

If this happens to you, it's beneficial to know about immigration bonds.

When you visit the United States, you should choose one state to visit unless you plan on taking a road trip through the country. You won't be able to see everything so choose what is most important to you.

If you aren't planning on renting a car, you are likely going to take a lot of Ubers or cabs to get from one place to another.

Some major cities are exceptions to this and have efficient metro systems. For example, New York, Portland, Boston, and Chicago make it easy for the public to get around.

When you stay in the U.S., you'll notice that not everyone looks alike. A lot of people who live in the United States of America immigrated there from their home country.

You'll see a lot of diversity and there is a chance you'll find someone who is just like you.

Unlike other places around the world, you have to be 21 to consume alcohol in the United States. This is often a culture shock to some who visit the U.S. while they are young.

The silly thing about it is that you only need to be 18 to enlist in the military, vote, and smoke cigarettes.

You probably won't get away with buying alcohol if you are under 21 because alcohol enforcement is strict in the states. You will have to show proof of identification.

Ready to Visit the United States?

There are a lot of things to know before you visit the United States especially if you've never been there. These five will give you an idea of how things work.

If you are curious about anything else in the United States, there are various resources to learn from. Don't be afraid to ask questions and get to know certain areas during your visit.