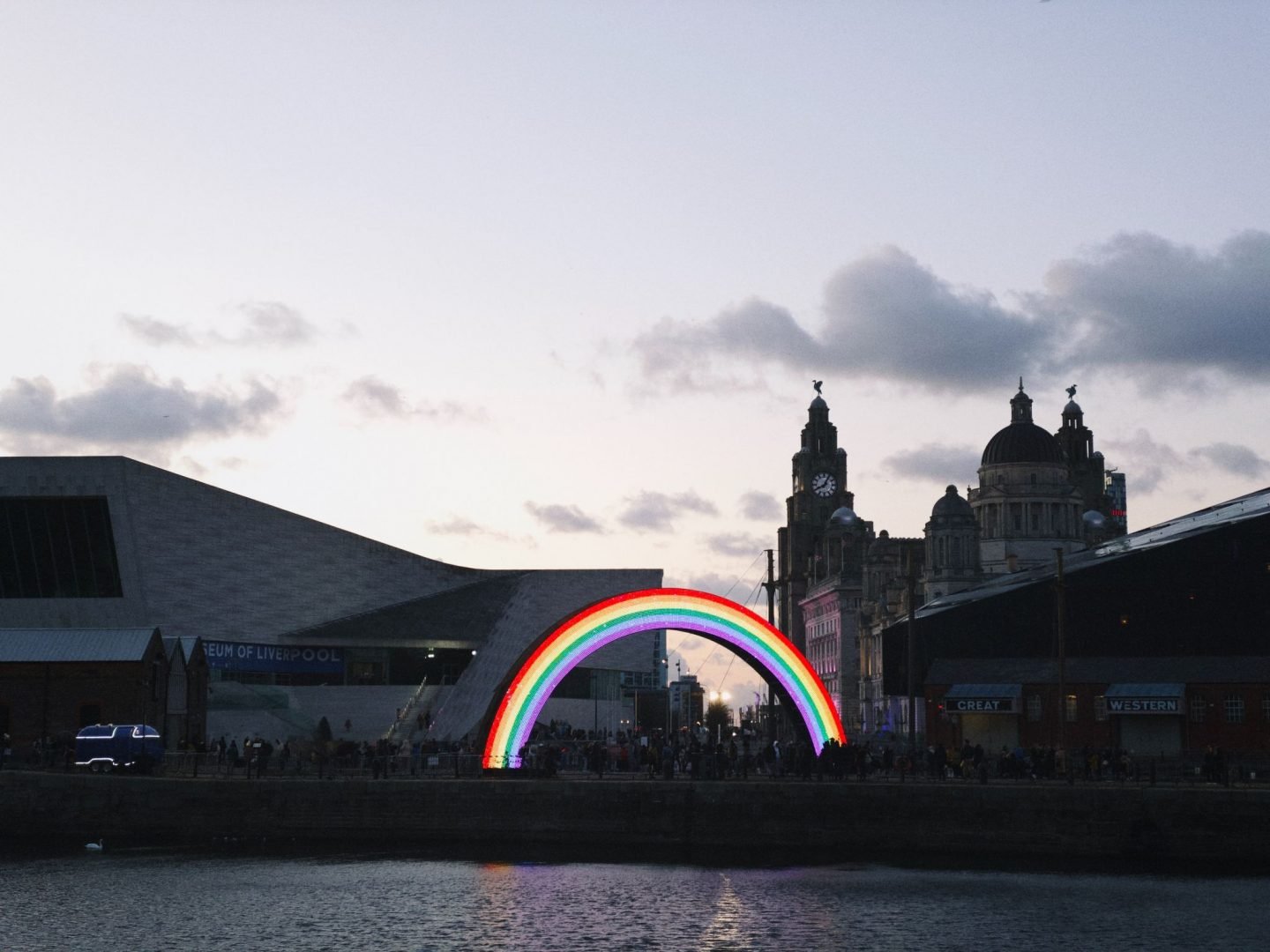 The United Kingdom is one of the most gay-friendly destinations in the world. It’s a culturally fascinating country that’s very welcoming to the LGBTQ+ community. In fact, the country hosts fabulous gay events, such as the two-day Pride Brighton extravaganza and L Fest, a lesbian music and arts festival.

Whether you’re looking to spend a raucous weekend in London or Brighton, a sunny getaway to Bristol, or a night under the stars in Liverpool, the UK has got you covered.

London is one of the most LGBTQ-friendly cities in the world, thanks to its thriving nightlife scene and inclusiveness and welcoming culture. It’s home to the best gay bars and clubs, such as the Heaven superclub in Charing Cross, the first-ever gay superclub in the world. It opened in 1979 and is famous for its acid house events in the 1980s and for being the birthplace of ambient house.

G.A.Y bar on Old Compton Street is another of the popular hangout spots for gay travel in London. Located right at the heart of Soho and close to the West End, the bar regularly hosts some of the UK’s most popular singers and performers. This is also where you will find London’s LGBT Tourist Office, where you can gather all the info you need about the city’s thriving gay community. But if partying is not your thing, you will find many other attractions in London to keep yourself busy. You can visit the Madame Tussauds wax museum, Buckingham Palace, and Big Ben.

Brighton is known as the LGBTQ capital of the UK, so it’s definitely one of the best destinations for gay travel in the country. While in Brighton, head to St James’s Street in Kemptown. It is where you will find many of the city’s LGBT-friendly bars, shops, and restaurants. No matter what day of the week you will visit, you are guaranteed to find a bar with a lively and welcoming ambience.

Try to schedule your visit during the Pride Festival, one of the most popular gay events in the world and attracts a diverse demographic of visitors from across the globe. It aims to promote tolerance, inclusion, diversity, and education within gay communities. Arguably fun, the Pride Festival features raucous and fun parades drawing gay visitors from all over. The event also includes arts and film festivals and performances from world-renowned stars, such as Kylie Minogue, Dua Lipa, and Britney Spears.

Brighton is also home to several attractions that you should check out. Enjoy a relaxing stroll by the Brighton Pier, a beautiful seafront with numerous entertainment spots and dining options.

As the world leader in LGBT tourism, Edinburgh has plenty of gay-friendly attractions. In fact, almost every hotel and bar in the city can be considered gay-friendly. But the best locations in Edinburgh for gay travellers is the Edinburgh Pink Triangle.

Edinburgh is a global hub of culture, which means it has plenty to offer for cultural attractions. Each year, the city hosts numerous music, comedy, arts, and drama festivals. For many years, the city has been a pioneer for creative arts and home to the country’s best authors, poets, and playwrights.

While in Edinburgh, take time to explore the Royal Botanic Garden, the second oldest of its kind and home to the finest collection of plant species in the UK. Set in a lush green surrounding, the garden’s highlight is the gorgeous Victorian tropical greenhouse. The building features an excellent display of creative and innovative architecture dating back to the 19th century. Check out Edinburgh Castle as well. The castle has been at the forefront of Scottish politics and has remained a natural culture for over 900 years. Explore its enormous rooms and view the interesting collection of relics, artworks, and artefacts.

Home to fancy hotels, lively bars, and vibrant street arts, Bristol is a dream destination for gay travellers. Its vibrant scene is centred on two main areas – the Old Market, one of the oldest parts in the city, and the bustling West End gay village.

Head to Phoenix, a gay-friendly pub where you can enjoy an afternoon drink and some hearty grub. Aside from Sunday roasts, the pub also serves some vegetarian options. Aside from Bristol’s lively gay nightlife scene, the city has a significant piece of LGBT history since it’s home to Laurence Michael Dillon, one of the world’s first trans men to receive testosterone hormone therapy.

The Old Market is considered as Bristol’s main “gay village”. In fact, most of the pubs and bars in the area are owned and run by LGBTQ members. Check out the Old Market Tavern if you’re looking for a relaxed spot to enjoy traditional British fare. Get a spot at the outdoor garden and enjoy the views as you indulge in sumptuous meals.

Liverpool is home to one of the biggest LGBT populations in the UK. Thus, you will find tons of gay-friendly attractions in the city. Here, you will find a range of clubs, bars, restaurants, and entertainment options ideal for all ages. Liverpool is also the first British city to officially recognise its gay quarter by hanging rainbow flags leading to Stanley Street Quarter.

While there are lots of fun things to do for gay visitors in the centre of Liverpool, you might want to venture outside of the city centre to explore the great outdoors. There are lots of excellent camping options near Liverpool and around the Northwest. Some of these are close to stunning beaches and surrounded by ancient forests. If you’re looking to relax and unwind in nature, you should go camping in Liverpool.

The Formby Point Caravan Park is one of the best camping sites to check out in Liverpool. Surrounded by untouched nature, peaceful woodlands, and stunning coastlines, this camping site is ideal for a picnic or a refreshing dip since it’s close to the beach. Go on a meditative walk to the pine forests and head to the town of Formby to indulge in fun shopping and delicious dinner.