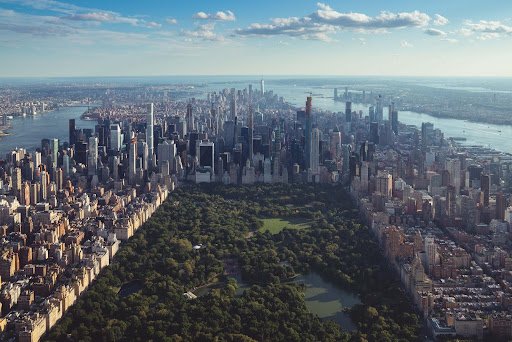 The 10 Best Things to Do in Manhattan

Manhattan is packed with some of the most exciting sights and sounds on earth, and it is filled with history, culture, greenery, and skyscrapers. Visiting this famous borough of New York is almost too much to process.

Spiderman and other games to try for fun may have given you brief exposure to Manhattan, but nothing can replace visiting it yourself. Should you find yourself there in fall, here are the 10 best things to do in Manhattan.

Grand Central Station is one of the most famous train stations in the world. It can be found in Midtown Manhattan, and is also one of the most visited tourist destinations, with 21.8 million people visiting in 2018.

The main terminal is enormous, and the walls are adorned with art and ornate wood and brickwork. It also has 44 platforms, which is more than any other station on the planet. While it is just a train station, it is still a must-see.

Brooklyn Bridge is a suspension bridge that spans the East River and connects Manhattan and Brooklyn. Built in the late 1800s, the Brooklyn Bridge has become a symbol of New York and has been the site for many scenes from movies, TV shows, and inspiration for art pieces.

Many walking and boat tours have the Brooklyn Bridge as a stop, making it a must-see spot on your New York and Manhattan holiday.

Times Square is an iconic landmark in New York. Found at the junction of Broadway and Seventh Ave, Times Square has been a hub for the arts, entertainment, food, and Christmas and New Years’ parties for years.

It is also home to many notable buildings, such as M&M’s World, the famous New York Disney Store, Hard Rock Cafe New York, MTV, and many others. You also can’t forget the bright lights of the enormous billboards that can be seen from miles away.

It is hard to imagine a park as green and picturesque as Central Park in a city dense with skyscrapers and apartment blocks. However, Central Park has continued to stand proudly in the face of development and is now one of the most famous parks in the world.

Central Park isn’t just trees, grass, and rivers either, there are many statues and monuments to be found across the park, bridges to cross, a terrace and fountain, and the Metropolitan Museum of Art on the East side of the park.

Central Park also hosts numerous shows, parties, and events throughout the year. Even in winter, the park becomes a snow-covered Winter Wonderland. 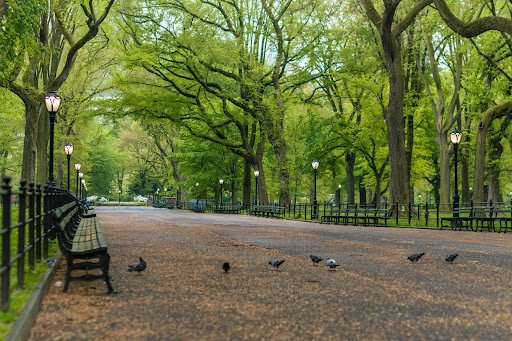 The Statue of Liberty is a must-visit landmark when you are in New York. You can see it from Manhattan, but multiple tour operators take you to the island, where you can then take another tour up the statue.

Tickets range from being able to visit the island to then entering the statue. Depending on which ticket you buy, that will determine how far up the figure you can go. There are boat tours that travel around the city, with the Statue of Liberty being one of the stops.

You can find The Metropolitan Museum of Art on the Eastern edge of Central Park. First opened in 1970, the museum has expanded to 17 different curated halls and buildings, with the entire museum housing over 2 million different works.

The permanent exhibitions at the museum include art from Ancient Egypt, works from European masters, art and antiquities from Asia, and an extensive collection of African, Byzantine, and Islamic art.

The theater district is an area in Midtown Manhattan where you can find Broadway theaters. It is also home to many other small and independent theaters and many restaurants and clubs.

The area is also home to many hotels, recording studios, record labels, and other buildings and institutions devoted to the arts. The Lion King, Chicago, Phantom of the Opera, and Cats are regular features when visiting.

The Guggenheim, which can be found on the Upper Eastside of Manhattan, is an art museum home to an ever-expanding collection of Impressionist, Post-Impressionist, Early Modern, and Contemporary art.

The museum has grown substantially over the past eight decades and is mainly built on private collections, the most important collection being that of Solomon R. Guggenheim. It also has several sister museums, the most notable being one in Bilbao, Spain.

The American Museum of Natural History opened 152 years ago, in 1869. It comprises 26 different interconnected buildings, with 45 permanent displays spread between all of them.

The museum is also home to a planetarium and a library and houses over 34 million different specimens. The museum has absolutely everything, from dinosaur bones to artifacts from the plains of the US, a world of birds, a hall dedicated to ocean life, and everything in between. It is one of the most comprehensive natural history museums in the world. 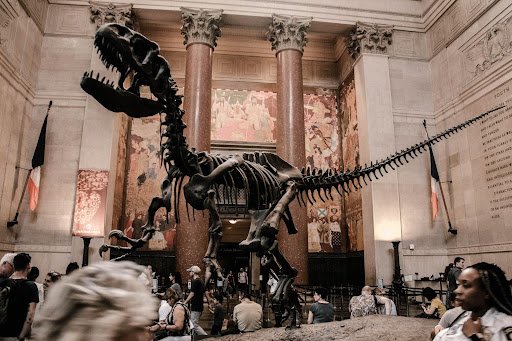 While it is essentially a branch of libraries, the main library in Manhattan is one of the most visited locations in the entire city which both locals and tourists visit regularly.

Manhattan, and New York as a whole, is one of the most diverse cities in the world. Tourists visit from all over the world to experience the extensive array of food, activities, monuments, and sights.

New York is known as the city that never sleeps for a reason, and Manhattan is almost entirely responsible for that name. You will never regret a trip to this unforgettable city and borough.