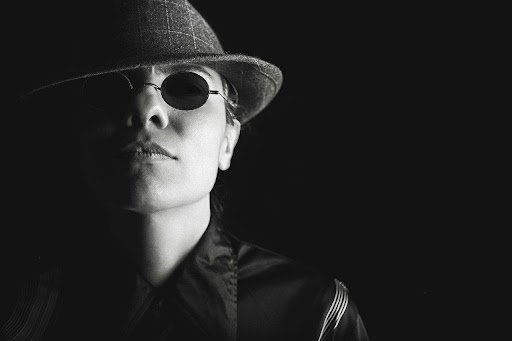 The Stylish Gentleman’s Guide to the Fedora Hat

Even in an age where people do not commonly wear hats, a classic Fedora hat still occupies the pride of the place in the wardrobe of fashionable gentlemen who want to make a statement every time they step out of the house. You must appreciate that a Fedora is not a specific kind of a hat. It is a style with innumerable variations that add to its appeal and makes it versatile beyond compare.

The Fedora hat, as understood now, is different from what it was earlier. Nowadays, there is a tendency to describe just about any felt hat worn by men as a Fedora. It is possibly the result of men wearing hats less than before and a habit to consolidate all prevalent hat styles. A Fedora refers to a hat, typically made of felt, with an indented crown of around four to six inches in height. It has a distinctive pinch where the top and the sides of the crown intersect on the front. Depending on the wearer's preference, the Fedora can be shaped, sized, bent, and creased in innumerable combinations for a signature look.

The Fedora's crown can be shaped in several ways. These include the center crease, the diamond, and the teardrop, which is unarguably the most famous shape. The brim can also have multiple widths, finishes, and positions. You can leave the edge unfinished after cutting, sewn, ribbon-trimmed, or it can have the Cavanagh edge, which is normally found in vintage hats, according to Thread Curve. You can have the brim angled down or up but most commonly, it is put down at the front while the back is turned up. The most popular material for the Fedora hat is felt or compressed fibers of wool, cashmere, or rabbit fur. However, it is not unusual to find Fedoras made of straw, nylon, cotton, linen, and leather. You can decorate the Fedora in many ways, but a ribbon or band of fabric above the brim and around the crown is the most common method.

History of the Fedora Hat

The Fedora hat got its name from a play of the same name performed in the United States in 1889, where the leading lady, Sarah Bernhardt played the character of Princess Fédora Romanov wearing a soft-brimmed, center-creased hat. The hat became highly fashionable among women and soon became a symbol of the women’s rights movement. The wide brim fedora subsequently became popular with men due to its stylishness and ability to protect the wearer’s head from the sun and the weather. In the early 20th century, orthodox Jews made the Fedora a part of their daily wear. With the Prince of Wales sporting the Fedora in 1924, the Fedora came into the mainstream and went on to become the hat of choice for men for the next few decades. Famous actors like Humphrey Bogart and even gangsters like Al Capone wore it with aplomb. The Fedora got a new lease of life with the success of the Indian Jones movie trilogy set in the 1930s starring Harrison Ford, who wore a Fedora with panache on his escapades. Pop star Michael Jackson also made it a modern accessory to flaunt, but even today, the Fedora is very much a style statement favored by well-dressed gentlemen. According to many, if you want to own only one hat, the Fedora should be your choice.

How to Look Good In a Fedora

Even though pulling off a Fedora with style is not the most difficult of tasks, it does depend on a few factors. You need to choose your look because many iconic people like Michael Jackson and Johnny Depp have set examples that are hard to ignore. However, be as it may, most people still believe that a Fedora looks the best when you wear it to classic well-cut menswear on formal occasions. A fedora makes a splendid show with a conservative suit and a tie. Even if you don’t want to wear a suit, you need to wear a jacket or a blazer to give it the appropriate formal look. It may be best to avoid wearing a Fedora with a chalk or pinstripe suit unless you are masquerading as a gangster. Since the Fedora has a vintage appearance, it goes best with classic outfits like double-breasted suits, vests, leather gloves, etc. it is also important to wear the Fedora in the right season. In the current context, wearing a Panama hat instead of a Fedora made of felt or wool may be more appropriate and comfortable.

If you are conscious of your image, you need to buy a high-quality Fedora, preferably from a specialist hat maker, not a machine-made mass-produced hat. You must pay particular attention to the material and its quality. To look good, choose a brown, gray, or navy suit. If you want to accessorize it, use different hatbands or ribbons.