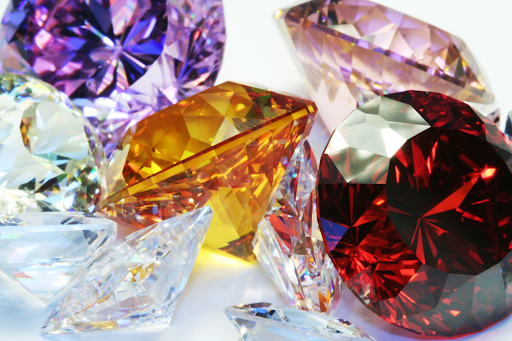 What Are the Different Types of Gemstones That Exist Today?

Did you know that the most expensive gemstone is the blue diamond? This diamond is worth nearly $4 million per carat.

Whether you're a collector or simply interested in learning about rare gemstones, you should do one thing first.

And, that is learn about the different types of gemstones in the world. While there are thousands of minerals on Earth, only a few are precious gemstones.

In this article, we'll discuss the different types of gemstones. We'll also explain their similarities and differences.

Diamonds are one of the most popular gemstones around. They have also been sought after since ancient times for their beauty and worth.

Interestingly, diamonds are simply a solid-state of Carbon. They come in all kinds of colors from white to brown.

What's more, is that diamonds are the hardest known minerals. Because of their hardness and unique brightness, they are very popular in jewelry stores.

Diamonds are also used in industrial applications. Unlike any other mineral, diamonds are used for polishing, grinding, drilling, and cutting.

Like diamonds, rubies are very durable. They are also highly sought after because of their blood-red color. Rubies only come in red color, sometimes appearing in pinker shades

Ruby comes from corundum, another precious stone. Its name is simply Latin for "red".

Rubies are red because they are partly made of chromium. They are also a part of the original cardinal gems, which are considered to be more precious than other stones.

Sapphires are the sister stone to rubies, both coming from corundum. The mineral's formula is aluminum oxide (Al2O3).

Sapphire's name is derived from the Latin word "saphirus", which roughly means blue.

Though, sapphires come in a wide range of colors, such as:

It's also important to state that there is no such thing as red sapphires. While these stones may look like sapphires, they are rubies.

The word emerald means "smaragdus" in Latin. This translates to "green gem" in American English.

Like sapphires and rubies, emeralds are a part of Beryl, which is another precious stone.

Emeralds tend to be rarer than beryl and have a unique greenish color. Though, beryl is a harder mineral than emerald.

Emeralds are widely sought after because of their appearance. They have been mined in ancient India and Egypt for generations.

Because of their appearance, emeralds can sometimes be mistaken for tourmaline.

In reality, emerald is not a part of any Tourmaline Collection.

Want to Learn About More Types of Gemstones?

As you can see, there are four main types of gemstones. While there are other precious gemstones, these are usually the most popular.

Do you want to learn about other gemstones you can collect or purchase? If so, check out our other helpful articles.