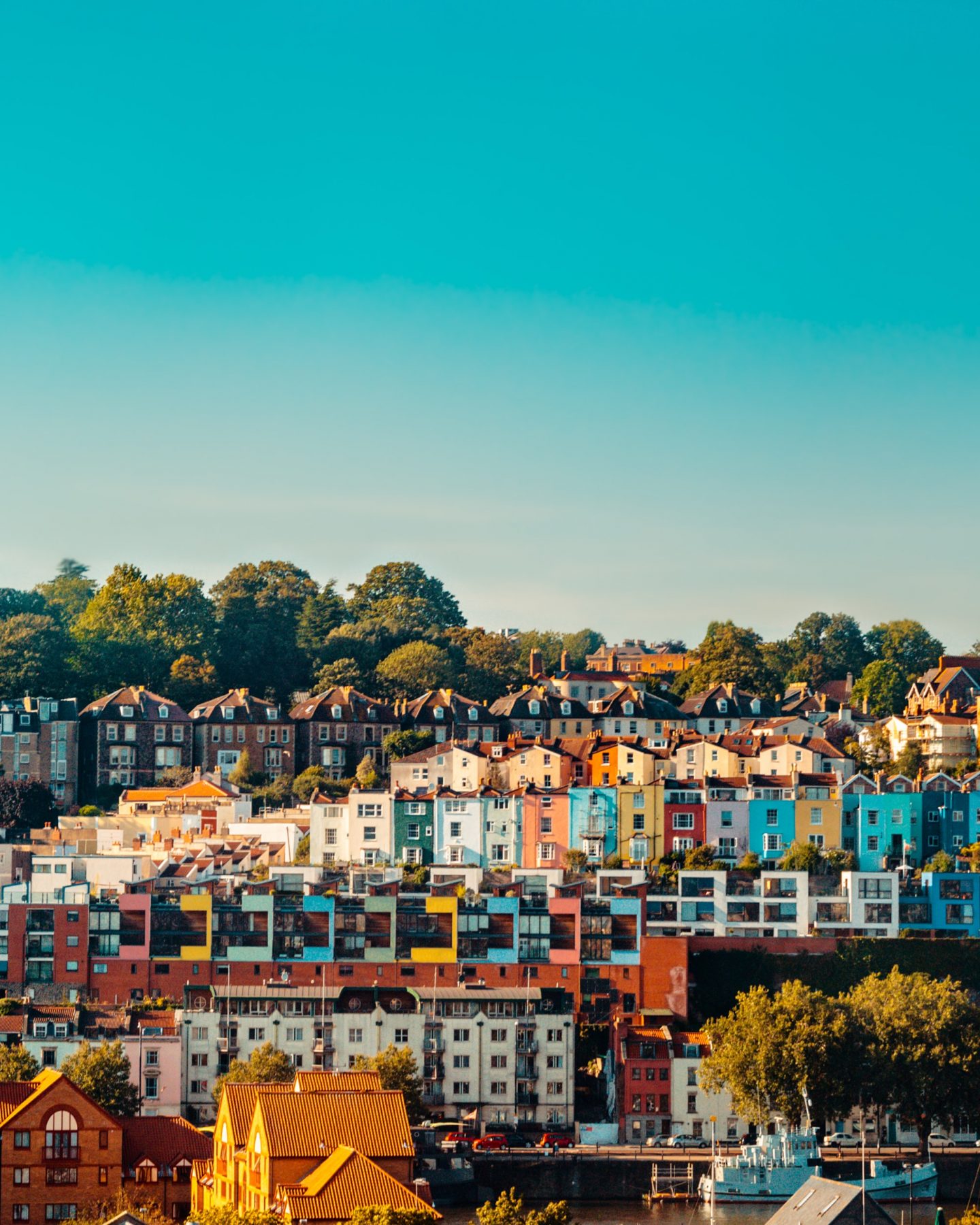 Bristol and Cardiff are similar sized cities and just 44 miles separate them across the River Severn.  Both cities have seen much redevelopment over the last 20 years.  Cardiff has had huge investment to its marina, while Bristol’s waterfront now boasts a fantastic outdoor scene with a multitude of riverside eateries and pubs.

Both cities are great places to be outdoors.  To help get the most out of what’s on offer, we’ve put together the Top outdoor activities across Bristol and Cardiff.

Bristol’s leafy Georgian neighbourhoods and close proximity to an 850 acre country park certainly seem to promote a very outdoorsy lifestyle.  Indeed, it was in fact featured in the Top 10 cities in the world to live by Forever Sports Magazine.

So you’d think that a city boasting such impressive credentials Bristol would be a hub for outdoor activities.  And you’d certainly be right.

Ashton Court mountain bike trails are the nearest official MTB park to any UK city centre.  Situated just 3 miles from the city’s central Harbourside, it’s just a brisk 10 minute ride to reach a fantastic range of trails that suits all abilities making this perfect for an evening blast after work.

The Nova Cycle Trail is a four-mile blue grade course that’s moderately difficult.  For those wanting to really test their nerve, the interlinked Super Nova Trail is a more technical variation red-grade trail.

This unique activity day is situated just five miles outside the city centre on a working farm in the village of Flax Bourton.  Perfectly suited to any Bristol hen weekend or stag weekend, teams are invited to take part in nine themed games with each one more hilarious than the last.  This is It’s a Knockout with a West Country twist!

Using a range of large inflatables catapults, bungees and fat suits, you’ll be in fits of laughter as you whack, wobble, chuck and leap your way around games such as The Cider Run, Pitchfork Duel, West Country Wipeout and Mangold Dangling.

Fancy dress is the order of the day here as it really adds to the fun.  There’s a prize for the best dressed team and you will compete against members of your own team during the games with the winner receiving a prize as well.

There’s an onsite restaurant to refuel afterwards making this the perfect day out in the country.

The SUP craze sits perfectly among other leading Bristol activities situated on the Floating Harbour, which is the city’s former docks.  This is an excellent way to improve fitness and take in some of Bristol’s beautiful waterside attractions, such as the SS Great Britain and views of Clifton Suspension Bridge.

There are beginner’s courses available with SUP Bristol’s expert and enthusiastic supervisors, or you can just rent a SUP board for a couple of hours.

For regulars, the team organises various events, such as SUP Yoga and a Night Paddle.  And for those wanting more involvement in the world of SUP, there are also instructor courses available.

Bristol has excellent opportunities for Rock Climbing enthusiasts due to the proximity of an enviable natural landscape to the centre of the city.  The Avon Gorge, a designated Area of Outstanding Natural Beauty, with its Clifton Suspension Bridge forms a wonderful historic backdrop and the West Country’s premier cliff.

There are nearly 1000 climbs in the gorge, suited to beginners and experts alike, giving the climbing a distinct technical character unlike anywhere else.

Avon Gorge is said to be the ‘world’s most important crag because, uniquely, it lies within the city boundary.  Testing climbs of up to 80 metres in height are just a 10 minute cycle ride from the city centre.

Other climbs in Bristol are tucked away in leafy valleys of the River Trym and River Frome, offering tricky climbs among limestone outcrops.

Slightly more sedate, but no less dramatic, Ballooning has a long standing heritage in Bristol.  Cameron Balloons, a premier manufacturer of balloons since the sport began, is based in the city.  Balloon trips are plentiful throughout the year and launch from Ashton Court Estate.  From here, it’s a stunning flight across the River Avon, taking in stunning panoramic views towards the Avon Gorge and Clifton Suspension Bridge, along the river to the city centre and to the east of the city.

The largest balloon festival in the world takes place annually at Ashton Court Estate.  Morning and evening ascents form the highlight of the Balloon Fiesta as scores of balloons take to the skies offering a wonderful spectacle to those down below.

The River Avon runs through the city of Bristol.  Its course has been changed through the centuries to allow for ever larger boats to enter the city’s docks.  The Floating Harbour was formed in the 19th Century and after a regeneration programme today provides a great playground for multiple boat trips around the city and beyond.

The ever popular Booze Cruises take place in evenings as groups of revellers take to the water, before stepping into a variety of the city’s waterfront pubs.

Families are also catered for with ferry crossings around the city and pleasure trips outside of the city along the river’s very pleasant waterways.

Possibly the highlight of a festival-mad city, the ever popular Harbour Festival is a celebration of the city’s nautical past, with free live music taking place on several stages across the city, as well as an abundance of food stalls and lots of interactive activities for families.

Jump on board and cruise along a beautiful part of Cardiff’s River Taff.  Departing from Cardiff Bay, there are several different options available.  For thrill seekers, speed boats will whiz you across the river and back.  Or enjoy Booze Cruise on board HMS69 with a fully stocked bar plenty of great views along the way.

One activity especially popular with any hen party Cardiff is Welsh Games.  This unique, inflatable-fun themed event is specifically geared towards groups of adults.  Compete in 9 crazy themed games that will have you in hysterics.  Expect lots of inflatables, some fat suits, dragons and even a ride on sheep.  A truly great way to bond a group together before a big night out.

Cardiff’s purpose built white water rapids provides lots of thrills as you head down the river, paddle in hand.  The course is grade 2-4 including the legendary “Hell Hole”.  There are various options available to suit all levels of ability and their expert guides will lead the way.

The nearby seaside town of Porthcawl is less than 30 minutes from the centre of Cardiff and hosts a whole range of water-based activities.  Surf conditions particularly suit beginners and there’s various courses set up so you can have a go.  Coasteering is a crazy activity that involves jumping from cliffs into the sea like lemmings!  It’s a whole lot of fun and sure to get the adrenaline pumping.