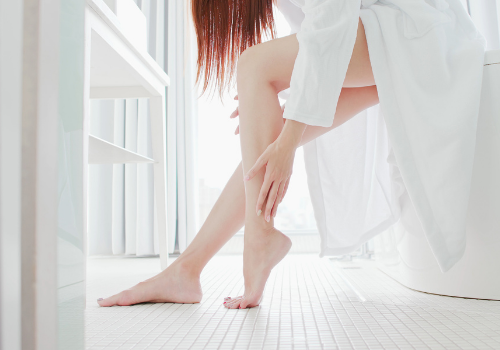 Laying in bed and kicking your legs for hours is no fun for those of us who've experienced it. Restless Leg Syndrome (RLS) currently affects around 3% of the U.S. population and is often associated with mental health issues, such as depression and insomnia.

Apart from FDA-approved medications, CBD (cannabidiol) has recently shown the potential to help control many RLS symptoms, as well. In this article, we'll take a look at studies on CBD for Restless Leg Syndrome, as well as tips on how to use CBD oil for restless leg syndrome.

What Is Restless Leg Syndrome

Restless legs syndrome (RLS) is a neurological condition characterized by an overwhelming desire to kick or move your legs at night. Not only is RLS uncomfortable, but it's often accompanied by painful sensations and can cause depression and anxiety from lack of sleep. New research has deepened our understanding of the disease, and symptoms have shown improvement through the use of medications, such as dopamine agonists (DA), anticonvulsants, and opiates.

How CBD May Help To Relieve RLS Symptoms

Unfortunately, many patients suffer side effects from medications like opioids and dopamine agonists, which may cause impulse control disorder. In an article posted recently by the National Institute of Health (NIH), the country's foremost authority on health, spontaneous reports showed total remission of RLS symptoms following cannabis use.

The NIH report suggested further clinical trials are needed, but the antinociceptive effect of cannabis and CBD in patients with neurological conditions is already well documented. For example, the FDA recently approved Epidiolex, a CBD-based drug, for the treatment of epilepsy. Listed below is what we know about CBD and its effects on RLS.

Dopamine and Neurotransmitter Levels in the Brain

It's thought that an imbalance in the neurotransmitter and dopamine levels in the brain may cause restless leg syndrome. Studies show that regular cannabis use is associated with lowered dopamine synthesis, which may explain the effectiveness of cannabis in RLS. Another study showed that 5% of testers used CBD for RLS.

Role of the Endocannabinoid System and Restless Legs Syndrome

The Endocannabinoid System (ECS) regulates the central nervous and immune systems. When introduced into the body, CBD (cannabidiol) binds with the two main ECS receptors, CB1 and CB2. It's theorized that CBD plays a therapeutic effect on the ECS by suppressing inflammation, the source of all diseases, including restless leg syndrome.

Reduces Pain: CBD shares neuroprotective effects with THC and has been shown to help relieve pain through its anti-inflammatory properties.

CBD for Muscle Spasms: Because RLS is a neurological disorder, it affects your motor skills. CBD has a calming effect on muscle fibers and can be worked right into the problem area. 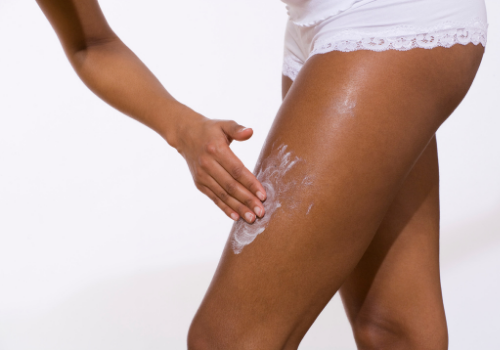 How To Use CBD for Restless Leg Syndrome (RLS)

For best results, take a full-spectrum CBD oil in combination with a CBD topical. Full-spectrum CBD contains all 100-plus compounds within the cannabis plant, which are thought to integrate more effectively into the body. When combined with a CBD lotion, this could potentially supercharge your immune system to ward off symptoms associated with RLS.

For best results, start with a small dose of one ml of 1,000 mg in the morning and once at night before bed. You can also massage CBD lotion into your legs for additional therapy. CBD generally takes a few days for the effects to become noticeable. After that, you can start to take more or less, depending on how you feel.