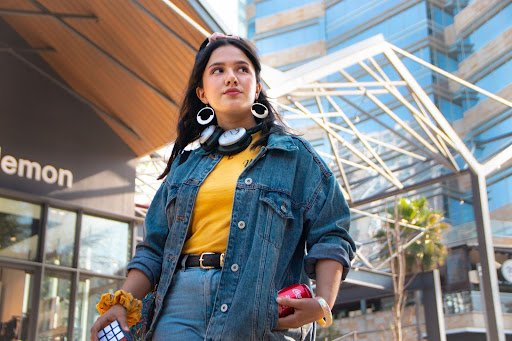 The Complete Guide to 80s Fashion for Women

Are you intrigued by fashion trends of the 80s? Excess sums it up! Standing out in style could be the 80s’ fashion motto because stand out, they did.

Think vivid colors and oversized details from large earrings to high waists and big shoulder pads. These all contributed to the decade’s eye-catching trends. It was an era of material wealth with few limits, and fashion mirrored this.

Photo by Andrea Sánchez on Unsplash

The 1980s also meant punk. This style was edgy and rebellious. It translated into the wearing of acid-washed, ripped jeans, chunky boots, cropped t-shirts, and studded leather jackets.

But glamour certainly was not missing. Ruffles, off-the-shoulder gowns, and plunging necklines were just as present as leather, animal prints, and shimmering metallic fabrics on fashion icons from actresses to artists to society women.

Industries also registered the change. The professional office look featured pastel, patterned, and audaciously colored pantsuits as women increased their presence inside the corridors of power.

Sneakers were big! Adidas and Reeboks lead the way in hip hop style together with Converse All-Stars and Air Jordans. Doc Martens' work boots made a statement, especially with punk aficionados.

For Ivy-league preppies, penny loafers remained the classic choice. White pumps also lived one of their most celebrated moments.

Jewelry and Accessories in the 1980s

The bigger, the better! Hair blowouts for lots of volume ruled the day. Just pick up a rerun from the TV series Dynasty to see just how big hair went. Hair texture was guaranteed with perms, and crimping wavy zig zags became popular for increased size.

The arrival of scrunchies added to the colorful daytime look, while banana and bow barrettes were in vogue for a more finished chic look for updos or bubble ponytails. Headband hairstyles became a typical workout hair accessory.

Curly bangs, side or high ponytails, and asymmetrical haircuts with interesting angles were a few of the hair fashion statements to emerge.

Fashion Designers of the 1980s

It’s a family affair! An important fashionista name from the 1980s is “Guess”. Brothers Maurice and Marciano Georges founded the clothing company in 1981. Brothers Paul and Armand joined them in managing the business end.

Initially, Donna Karan, joined by her husband Stephan Weiss, and Ann Klein created their first company. In 1985, Donna established her own clothing line DKNY, and what follows is  fashion history.

Italian designers Domenico Dolce and Stefano Gabbana founded what was to become a fashion powerhouse in 1985 named for the two.

One name that personifies 1980s fashion is Tommy Hilfiger. His fashion empire was founded in 1986 and still exists, demonstrating this fashion designer’s artistic and business talent. In the meantime, he has diversified. Now it is not only clothing, but shoes, perfume, eyeglasses, and so much more. 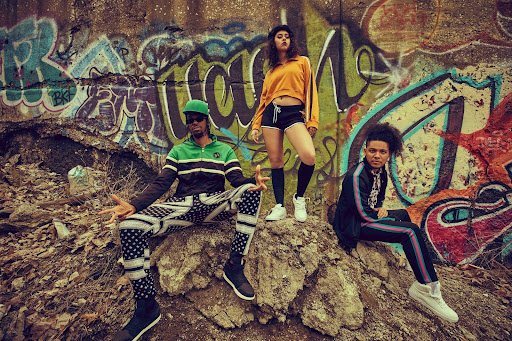 Photo by Lians Jadan on Unsplash

The Key Elements of 1980s Style

A few specific elements were key to the 80s fashion success. Keep these in mind if you are following the modern revival of 80s fashion trends.

To do the 80s, first off, think big shoulders. Shoulder pads were everywhere in jackets, blazers, sweaters, blouses, and coats.

Bright, bold colors like fuchsia, yellow, red, or cobalt were characteristic. Neon green, pinks, and any color that would stand out and grab attention were preferred. Metallic fabrics like gold and silver and sequins were trendy and desired.

Bold colors, patterns, and silhouettes made the 1980s, with the accent on “bold”!