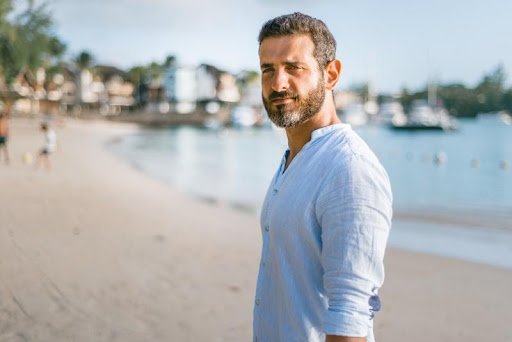 Dating has different meanings and boundaries depending on where you are in the world. While every relationship is unique and it’s hard to generalize about the dating culture of an entire continent, there are many subtle differences that are broadly applicable to dating in different regions of the world.

We’ve decided to draw your attention to some of the most discernible differences between dating in America and dating in Europe, to prepare yourself for a relationship with someone from outside of your culture.

While there are always exceptions to the rules, the following differences are widely applicable when it comes to dating in Europe and America, and you can use them to guide you in your new and exciting relationship beyond your boundaries.

When you begin dating in America, both parties are keen to establish boundaries in an attempt to understand where they stand. It’s common in America to have a conversation about what the relationship means and where it’s leading.

American couples like to define themselves as ‘boyfriend and girlfriend’ or something similar. Conversely, in Europe there’s less pressure on confining the relationship to a title or asserting particular boundaries or rules.

While grabbing coffee with the opposite sex on more than one occasion in the US would be widely considered as a date, the same thing in Europe wouldn’t necessarily be labelled in the same way.

American guys are easily influenced by popular culture, be it music, TV and film, or anything else that is topical in the country at the time. This can influence the way they dress, the way they act, and even the way that they speak.

Conversely, in Europe, men are less influenced by pop culture and are happy to live independently, following their own style and actions. This isn’t to say that American men are shallow, just that they’re more easily influenced.

If you’re planning to date a European man, expect them to express their individuality through their style and personality.

Men in Europe and America are often obsessed with sports. But it’s important that you make a clear distinction between the way they respond to their sports. Many Americans play a variety of sports and are highly competitive, hoping to win at all costs and will also passionately support their college teams.

In Europe, however, there is a tribalism associated with sport that is almost alien to Americans. European men are attached to their sports team as they’re attached to their families. When they win, they’re overjoyed. If they lose, they can barely speak.

If you plan to get into a relationship with a European, don’t underestimate the importance of their relationship with their sports team! You will have to be considerate that it’s a part of who they are, and there’s nothing you can do about it.

Americans want things to move quickly. Europeans are much more relaxed about next steps.

When dating, American men are keen to quickly establish a relationship with the women they go out with. They want to quickly arrange another date and begin seeing each other regularly, while even declaring that the relationship is now exclusive.

Europeans, however, are much more relaxed when it comes to the next steps. You will find that European men are in no rush to schedule another date, and are likely to wait for you to suggest what’s next.

Don’t take this as a bad thing or an insult; it’s just the way things work in Europe. Because Europeans are in less of a rush, it can be fun getting to know them over a longer period of time, without feeling pressured into making a decision about what the relationship means.

Europeans are more willing to talk about deeper topics on your first date.

When you head out for a first date with a European, don’t be surprised to hear them talk about politics, culture, and even religion. They will get deep into controversial topics and be willing to share their opinions about things, regardless of whether you agree.

Americans, on the other hand, tend to shy away from controversial topics on the first date, and recognise that certain topics might be off-limits or even divisive.

Your American date is much more likely to talk about sports or everyday occurrences rather than the running of your country on your first date!

If you schedule a date with an American, he may well turn up dressed in sportswear and a baseball cap. Americans feel comfortable representing their favourite sports or college teams with what they wear, so don’t expect them to dress up specifically for a date.

In Europe, it’s much more common for men, especially French men, to dress smartly when they meet up with the opposite sex for a date. While they might stop short of wearing a full suit, they will likely dress in a smart shirt and trousers, and do their best to look the part.

Dressing for a first date often fills women with dread, so be aware that your American and European dates will likely dress very differently, so try and wear something that matches their chosen style.

Dating in America is very different to dating in Europe. However, that doesn’t mean you should be worried about dating someone from a different culture. In fact, you should see dating outside of your boundaries as extremely exciting, and a great opportunity to meet someone new and interesting.

We hope this article has helped you see some of the fundamental differences between dating culture in Europe and America, so you can prepare well for your upcoming date with that European [or American!] man of your dreams. Check out my blog for more dating tips.