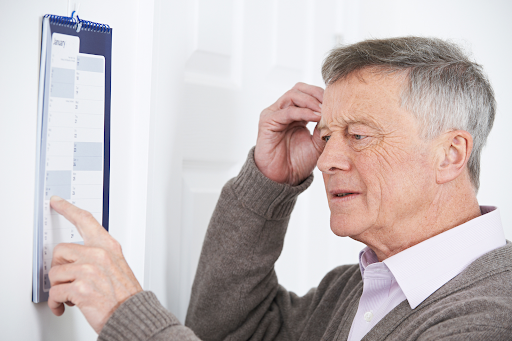 Alzheimer's vs Dementia: Is There a Key Difference Between Them?

The words "dementia" and "Alzheimer's" strike fear into the hearts of many people. Someone in the world develops dementia every 3 seconds. While it mostly happens to people over the age of 65, it also impacts younger people, making it a terrifying prospect.

Many people use the terms Alzheimer's and dementia interchangeably, but are they really the same? It's important to identify the differences if this condition runs in your family so you can see signs in yourself and others.

Read on to learn more about Alzheimer's vs dementia.

Many people think that dementia is unavoidable after a certain age. In reality, it's a specific syndrome that affects many areas of the brain to cause cognitive decline.

Dementia is the seventh leading cause of death. While many people think that it only impacts memory, it can also cause mobility struggles, mood changes, and even personality changes.

People who experience dementia will need around-the-clock care as the condition progresses. They tend to wander and may end up hurting themselves in the process. Many families who are unable to stay with their relatives with dementia full-time end up putting them in memory care facilities for their own safety.

Dementia can be managed with enrichment exercises, but there is no cure and the decline is inevitable.

Alzheimer's is different from dementia on some level, but it's actually one of the diseases that can lead to dementia (meaning that they share many symptoms). In other words, Alzheimer's is one of the conditions that fall under the "dementia" group.

Alzheimer's is a fatal condition with no obvious cure. People with Alzheimer's who are over the age of 80 tend to pass away after about three years post-diagnosis.

When someone develops Alzheimer's, they may get to a point in which they no longer are able to identify family members and other loved ones. This is distressing both for the person with Alzheimer's and their loved ones.

Signs of Dementia vs Alzheimer's

The symptoms that match (regardless of the type of dementia) are:

Symptoms that relate to Alzheimer's (or people who have dementia including Alzheimer's) are:

If any of these symptoms become apparent, even in younger people, it's important to talk to a medical professional. While there is no cure for these conditions, people can take steps to slow them. There is no true dementia vs Alzheimer's test.

Alzheimer's vs Dementia: Both Debilitating Conditions

There are only a few obvious differences between Alzheimer's vs dementia. Because dementia can include Alzheimer's, the conditions often look the same to people who aren't experiencing them.

If you or a loved one experiences signs of cognitive decline, visit a doctor as soon as possible for an assessment.

For more articles about health and more, visit the rest of our site.