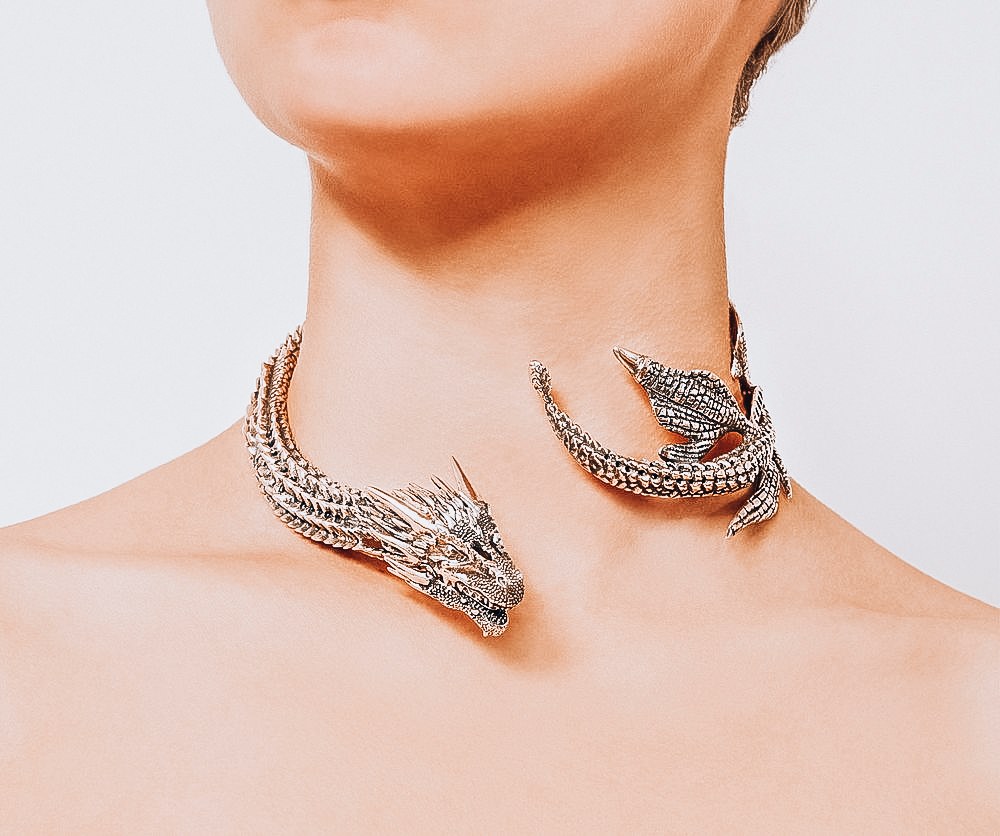 What Can Your Dragon Jewelry Tell About You

The dragon is the most powerful symbol of happiness and fortune. It is one of the four creatures representing the cardinal points. According to the Feng Shui tradition, the dragon symbolizes a new beginning. The flying mythical serpent is the guardian of the east and the rising sun. Along with that, it is a mighty symbol of rain that causes downpours and dances beneath its streams.

These descriptions apply to the dragons living in the East in China, Japan, and Korea. Although the local flying serpents are slightly different from each other, their image is purely positive. The Chinese consider dragons to be their patrons. Even more, the dragon is the symbol of an entire nation. Every year, the people of the Middle Kingdom celebrate the day of the dragon. According to the Chinese calendar, the year of the dragon is the happiest.

For centuries, people have been trying to gain the favor of the powerful creature with dragon talismans - figurines, drawings, and jewelry. They believe that dragons attract positive energy, drive away adversity, and bring good luck. Those who are fortunate to make friends with the dragon carrying a pearl in its mouth get access to great wisdom.

Overall, Oriental dragons are extremely positive characters. You can recognize them by their elongated slender body, horns, and a beard on their head. In addition, these dragons do not need wings, their ability to fly is of magical nature. Nevertheless, the most powerful heavenly dragons have huge wings that lift them up closer to the sun.

Impacts of Color on the Significance of Dragon Talismans

When choosing your dragon jeweler, you should consider the color of its scales. A specific color will carry a different meaning. Even if your dragon is made of silver or gold, decorative enamel or inlays of colored gems will give your patron new shades of meaning.

Unlike positive Oriental images, dragons from European myths are negative characters. You can recognize these dragons by a number of signs: a thick body, enormous wings, long tail, and the lack of a beard and horns. Evil dragons live only in caves and dungeons. Jewelry trying to convey their way of life and bloodthirsty nature depicts them in dark colors (for example, blackened silver). Does this mean that European dragons are a symbol for villains? Of course not. Such dragons are a reminder of the eternal struggle between good and evil. Defeating the dragon means ridding your life of negativity - anger, envy, betrayal, etc. This meaning is often conveyed with images that complete the dragon symbolism - knights, swords, hearts, crosses, etc.

The dragon in your jewelry can be portrayed in many ways. Again, the posture and expression of the serpent’s face add new meaning.

The dragon's antipode is the tiger. Two beasts are often depicted together because this is one of the many representations of Yin and Yang. If two creatures are on the same level, such an image symbolizes harmony and balance. The dragon overcoming the great cat signifies the defeat of the dark forces.

How To Wear Dragon Jewelry

Never wear your dragon jewelry near the heart! The best place for the dragon is on the neck. Make sure your necklace is short enough to hold the dragon under the collarbone. Otherwise, it can subdue you to its will. If you chose a dragon pin, attach it to the collar. Women should wear it on the right side and men on the left. Rings can be worn in the same manner.

Your jewelry should have a single dragon. Two or more will fight for supremacy. Don’t expect benefits from a group of dragons, they will bring only chaos. The symbolism of the snake, on the contrary, complements and makes the dragon more powerful. A wise snake follows the dragon helping to carry out its plans. Check Gthic.com to get more dragon jewelry options.