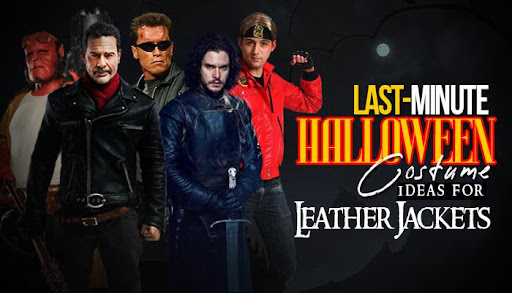 From numerous celebrated festivals around the world probably Halloween is the most hyped and anticipated one each year. The trick or treat, the parties, costumes, pranks, Halloween special shows, and literally everything about Halloween is spooky and fun. Each year due to this festival, the business of numerous candy makers, bakers, and costume companies reaches a revenue of around a billion dollars just because of Halloween. So you can only imagine this festival is a hell of an enjoyable one around the globe.

When it comes to this day, the costume is what makes it different from any other commemorations. For decades, people used to don just a few costumes, but now you can not even go through the entire list. Which sometimes makes it better and sometimes very difficult. So, if you are struggling regarding this year's costume and love leather jackets, let me help you out. Let's hop into some of the costumes in which leather jackets are one of the main prompts. So you can get your costume consisting of your favorite outer layer piece of clothing leather jacket this Halloween. 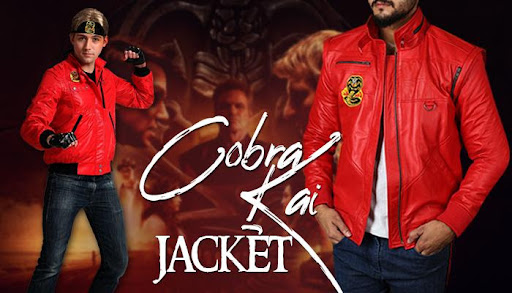 If you call yourself a binge-watcher, then you may be aware of this year's best renewal series of a classic trilogy. After 34 years, this franchise started its series, which gives a clear picture of what happened with both the rivals, Johnny and Daniel. Decades later, it was a shock to see Larusso is all well established. While on the other hand, Johnny has been portrayed as the insouciant and is the same schmuck as before. But seeing both the characters having a complete 180-degree turn in their lifestyle is one good thing to watch.

Also, this show makes perfect timing to get yourself the classic and iconic Cobra Kai jacket. Remember the one Johnny's gang wore in the original? Also, it has been teased in the newest series Cobra Kai. If you were a fan of the originals, then you would know how popular it was back in the day. It is a perfect one for 90's kids. 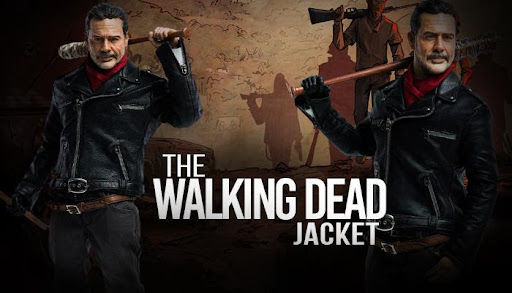 The series that just picked up its pace in both the storyline and number of fan following, The Walking Dead. It started as a comic now. It is one of the best streaming series right now to watch. The Zombies (walkers), the crews, the rivalry between all the gangs for supplies is just amazeballs and a hell of a time to spend. Suppose you have watched the show or read the comic books of the same title. In that case, these Walking Dead costumes are surely something that you can easily get behind this year's Halloween. And one more thing, if you haven't watched the show, just stop reading; go right now and watch The Walking Dead series. 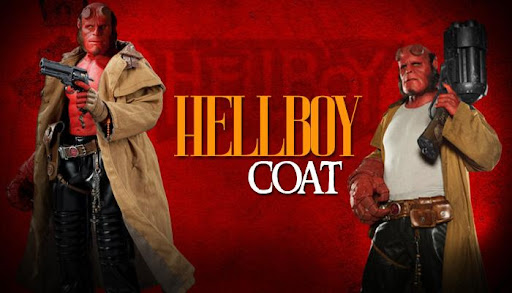 Next, we have Hellboy Okay, so a lot of his badass aesthetic can be chopped up to the fact that he's a literal demon. But his classic trench coat is also fitting for the persona of the character. It's hard to imagine Hellboy really rocking anything else authentically. Unlike our previous number, Guillermo del Toro's 2004 film adaptation managed to get the pretty costume spot-on, and it was well-received by Hellboy fans. And let's be honest, Hellboy is one of the most underrated superhero films out there. You should definitely give it a watch if you haven't already seen it. The main from a few prompts of this costume is not a leather jacket but a long trench coat. If you love classy outerwear, this is one costume you should be looking forward to this Halloween. 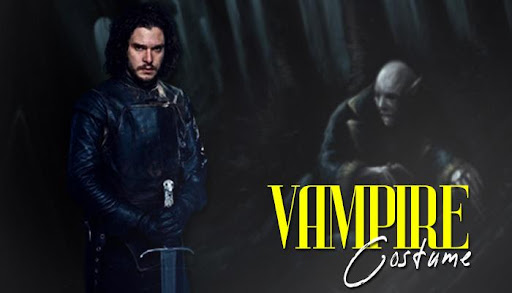 No one can forget the Vampire costume. From the list of staple costumes for Halloween, this is probably the most worn piece. Ever since Hallows Eve was a thing. Because the black coat, white shirt inside, white vest, black pants, and fake long teeth give it the spooky vibes. And Halloween is all about dressing in spooky costumes, Right! Now, if you really want to play around with this look, you do so much. Add red face paint around your lips to represent the blood, or go to the same makeup artist as Robert Paterson from the set of Twilight.

"I need your clothes, your boots, and your motorcycle." 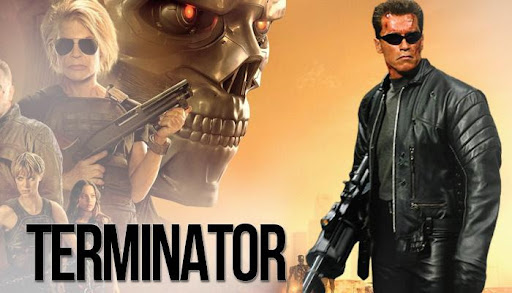 The 1984 Sci-fi/Action movie has left a footprint in the filming industry and has made a place in the movie lovers, which is irreplaceable. To this day, there are a lot of fans who wear the iconic look of Arnold Schwarzenegger, aka Cyberdyne Systems Model 101 Terminator, from the first installment of The Terminator. Now, this is a costume that a leather jacket and movie lover can say No to. To build a Schwarzenegger's look, you'll need a classic biker jacket, which might already be in your wardrobe, considering if you are in love with leather jackets. The leather pants and a simple black tee for the underneath will complete your costume. Now one thing that you cannot forget while building this costume is you have to have the Gargoyles ANSI Classics because without this, no one is going to recognize the look, and you have to tell everyone about it, and we know that's a disappointment. To add a bit more detail to your outfit, you can add a number of prompts from the movie, like the mini machine gun or the 1887 Winchester lever-action shotgun, all the replicas, of course, and after adding this, your looks are going to be easily understood by the others.

Dressing spooky costumes, pranks, costume parties, hanging out with friends, trick or treating, and many more things that we all love about Hallows Eve. For centuries it's been the same, but still, we all love it and celebrate it with the same enthusiasm. But in the end, it really is your own taste. Like; some absolutely love to dress only spooky, and many just like to don into the looks of their favorite characters.