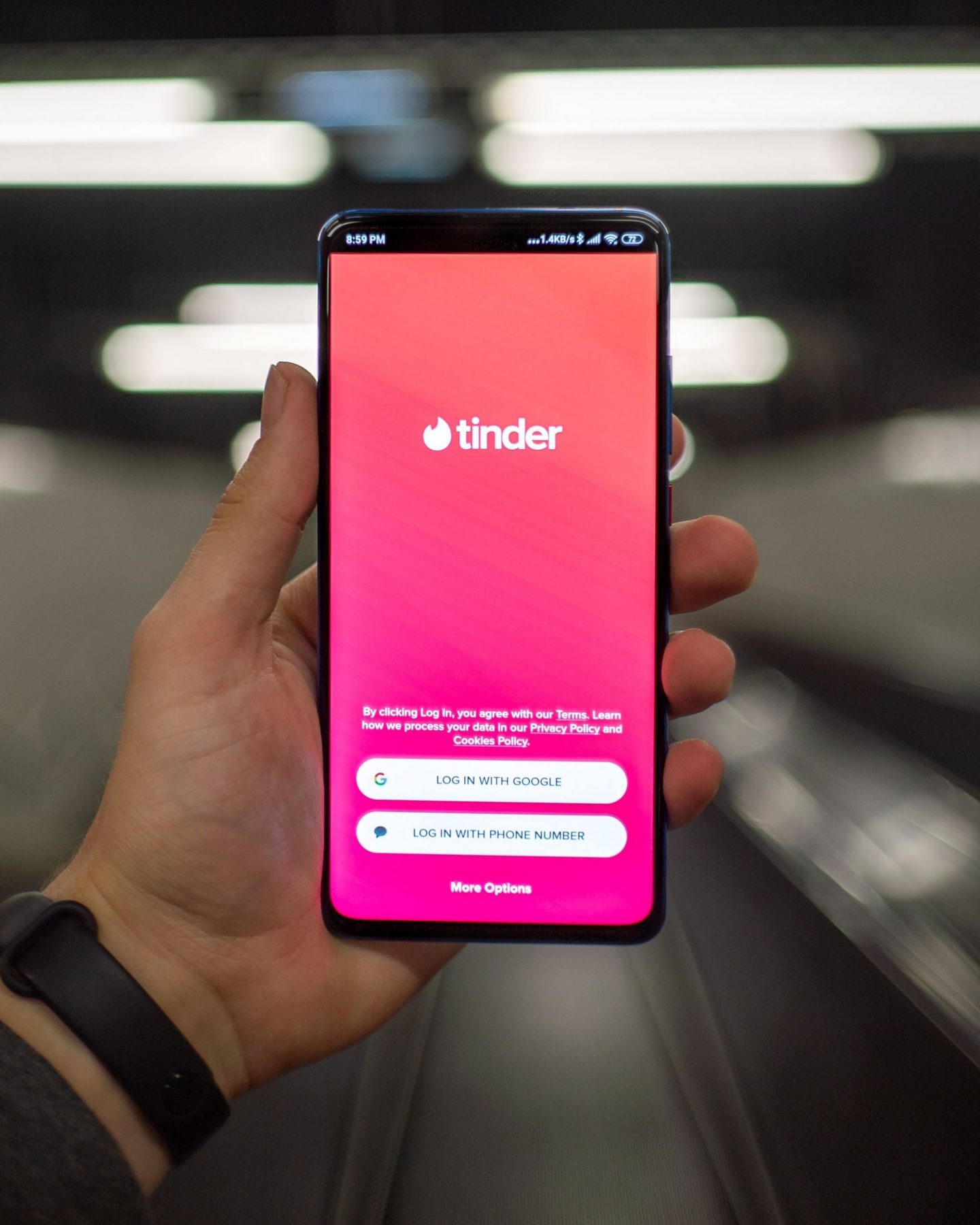 It’s unquestionable that since the advent of the internet, the process of dating has changed fundamentally. Where once hopeful singles would need to attend in-person events or rely on second-hand descriptions of potential partners, dating websites - and, later, dating apps - changed this landscape forever. It’s never been easier to meet a partner, but paradoxically, some say it’s also never been harder. There are such a wide variety of dating apps available that it can be difficult to know where you should start if you’re single and looking. Here are the best dating apps you can download in 2021.

There’s a reason that Tinder’s name has become synonymous with dating apps as a whole. It’s a clean, intuitive app, and the whole “swipe left/swipe right” feature has become as iconic as the app’s name itself. Some have suggested that Tinder isn’t really appropriate for finding potential long-term relationships, but only for shorter-term hookups or casual flings. We can’t vouch for the veracity of that, but we know Tinder’s popularity endures. Research has shown that Tinder occupies a staggering 86% of the dating app market. Don’t believe us? Check out this infographic! 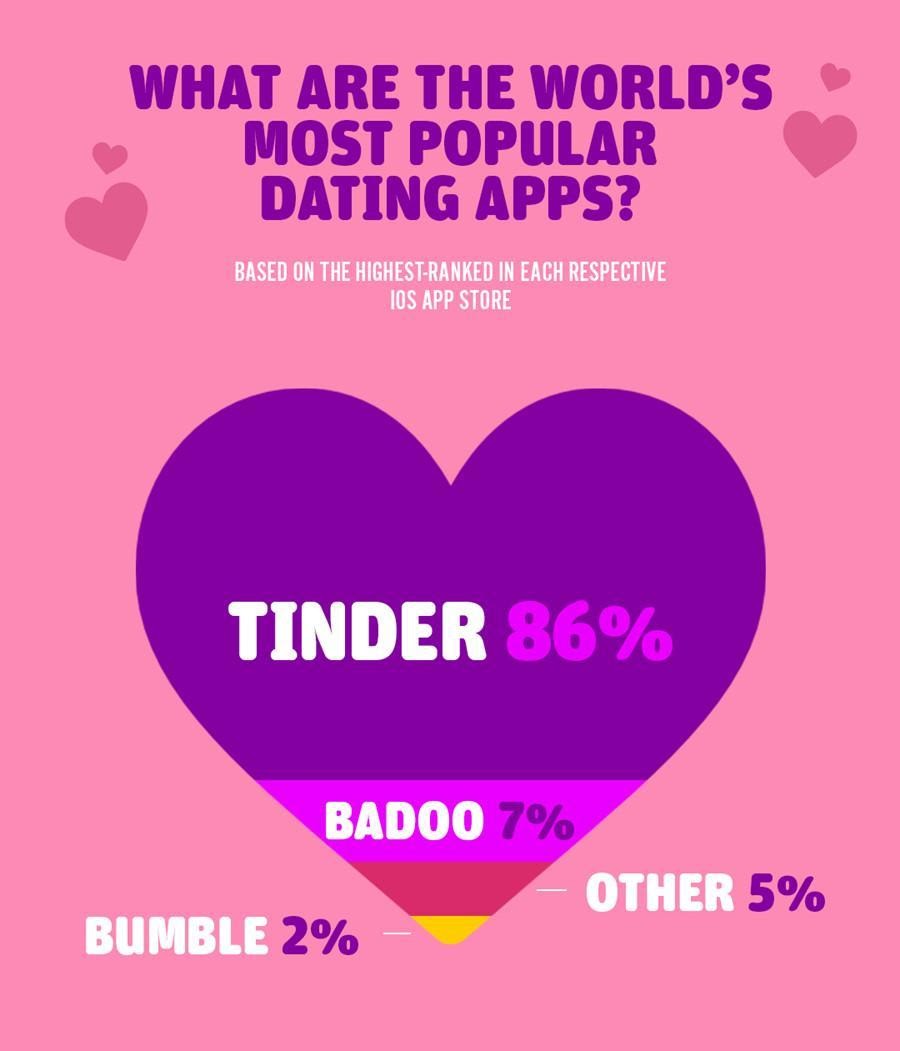 As you can see from the above infographic, the next most popular dating app around the world is Badoo. It’s a similar app to Tinder, offering users the chance to meet one another, rate profiles, and view matches. Where Badoo stands out in the market is in its advanced security features. Badoo allows users to verify their profiles using phone numbers or images, and it lets users display proof of verification within the profile itself. From there, you can choose to only display profiles that are verified, meaning you’re weeding out a lot of the fake or bot accounts that unfortunately crop up regularly on dating platforms.

Bumble has the power of one of Tinder’s co-founders behind it, along with a rather unique hook: women must make the first move, demonstrating that they’re interested in a man’s profile before the man can respond. This directly addresses what some have perceived to be an issue with Tinder whereby men can send unsolicited messages to women. Bumble doesn’t allow this, so if you’re concerned about this sort of behaviour (as we all should be), then Bumble is an excellent alternative to Tinder. It’s also got built-in video chat, so if you do make a connection with someone, you can solidify it far more effectively than on other apps!

Hinge is a great option for those who are looking for a little more from their dating app. Rather than asking users to create conventional profiles, Hinge takes a Pinterest-style approach, asking its singles to build impressions of themselves from quotes, images, and other scrapbook-style elements. If you’re looking for a more offbeat, expressionist dating app, Hinge is definitely the one to try. It doesn’t offer as much in-depth information about prospective matches as its competitors do, but that’s part of its appeal; the mystery and “incompleteness” of profiles leads you to want to find out more about people.

While many dating apps revolve around introducing people to one another remotely, Happn puts you right there in the action. This app matches you with people who are in close proximity to you, so if you’ve got a crush on that person on the bus or that runner who always occupies the treadmill next to you, hey - they might be using Happn. There’s also a rather nifty feature whereby Happn shows you how many times your path intersects with the person in whom you’re interested. It might be someone you constantly pass by on your commute and you never even realised it! Give this one a try if you like the idea of meeting someone within your area.

Do you like men with beards? If you don’t, then Bristlr absolutely shouldn’t be on your must-download dating app list. If, however, you like your partners to have some hair on their faces, then you need to download Bristlr right now. It allows you to match up with men who have beards, and there’s always a wide variety of prospects available, from five o’clock shadows to full-on survivalist numbers. Bristlr’s Lothario Detector feature also prohibits its users from simply copy-pasting chat-up lines into their profiles, thus ensuring that people are being original at all times (hypothetically, anyway; it doesn’t screen groan-inducing dad jokes).

Sorry, Android users; this one’s only available via the iOS App Store. You can, however, also access it via your desktop PC or laptop, so it’s not completely closed off to you if you’re an iPhone agnostic. Tastebuds’ whole deal is that it matches up users based on their music tastes. They say that compatible taste in tunes is a great way to start a relationship, and the Tastebuds folks wholly agree. Even if you’re not super into dating, Tastebuds also allows you to look for people to accompany you to upcoming gigs, so if you don’t have any friends who are into that one band but you’re still desperate to see them, you might want to sign up to Tastebuds and try your luck. You never know!