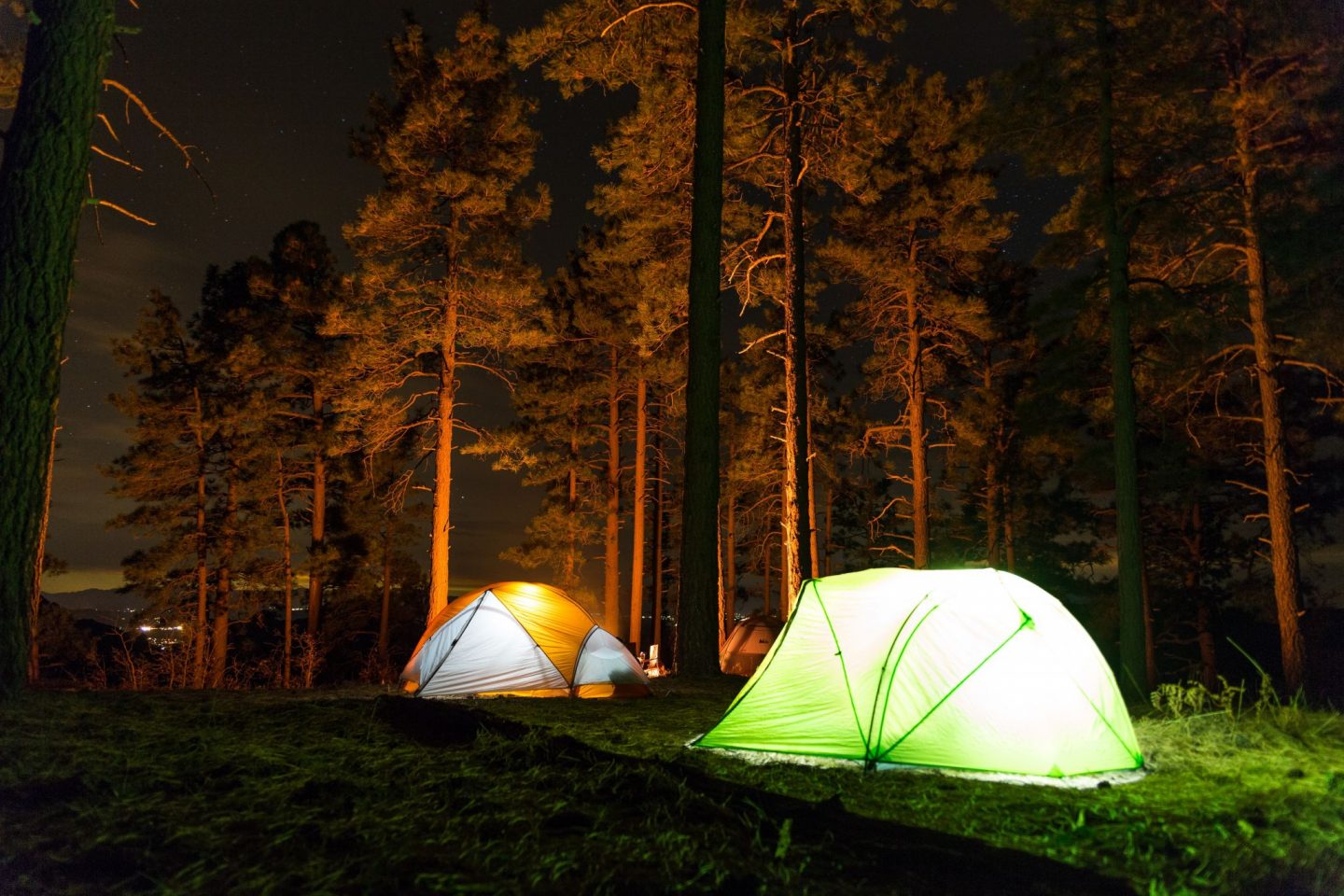 With the world slowly but surely coming back to normal, you might feel that you deserve a real break after the last year and a half.

If so, nothing can match reuniting with nature. Primitive camping is a way for you to recharge your batteries, stay away from big-city noise and digital noise, too. It promotes resilience and boosts your mood and problem-solving skills, and does so many more good things for you.

Here is a list of the best primitive camping spots in the U. S. See what the country has to offer, pick a location that suits your needs and get ready for the camping trip of your dreams!

What is primitive camping?

Just as its name suggests, primitive camping is the polar opposite of glamping, AKA glamorous camping. Instead of doing everything you can to make your camping experience as modern and tech-loaded as your home would be, primitive camping focuses on a different kind of experience.

When you go primitive camping, all you need is high-quality camping gear and a place to pitch your tent. Most primitive camping sites do not have all the amenities of the modern camping ground, but that is an essential part of their appeal.

Covering almost fifty thousand acres of land, Acadia National Park has something for everyone.

You can pitch a tent in the mountains, pine forest, or by the Atlantic ocean. There is plenty of room for tents and RVs, as well as accommodations to rent if you prefer having a solid roof over your head and an experience that is more akin to staying in a hotel.

There are several separate campgrounds within the park, including Smuggler’s Den, Backwoods, Bass Harbor, and Seawall. In addition, on an island off the Maine coast, a campsite called Duck Harbor Campground is reachable by mailboat only.

If you are in the mood for a slightly rougher camping experience, visit Joshua Tree National Park.

With a desert landscape peppered with the Joshua trees that give the park its name along with unique rock formations like Skull Rock, Joshua Tree can provide you with a camping experience unlike any other.

Several registered primitive camping grounds are scattered throughout the park, such as Ryan, White Tank, and Hidden Valley. One thing to keep in mind is the fact that none of these places has running water. In reality, throughout the park, water resources are reserved for the wildlife. So, if you are backpacking through the site or staying there, make sure to bring your water.

Open flame is also prohibited in order to preserve the wilderness, so pick food that doesn’t need cooking.

During summers, daily temperatures here can be high, while nights can be significantly colder, so make sure to include a well-insulated sleeping bag in your camping gear.

You might not have guessed it by its name, but Saranac Lake is actually a village that got its name thanks to the three lakes around it - Upper, Middle, and Lower Saranac Lake.

Though the place itself has only a couple thousand permanent residents, it offers a vastly different experience than the Joshua Tree National Park.

The heart of the village is loaded with restaurants, shops, and art galleries, so you will never be too far from civilization if you start missing it.

There are more than eighty camping sites in the area, and some of them are only accessible by boat, so it is up to you to decide how urban you want your camping experience to be.

This is also a great place to visit during winter as you can ski at Mount Pisgah and Dewey Mountain Recreation Center.

Big Bend National Park is divided into three distinctive regions - Rio Grande Village, Chisos Basin, and Santa Elena/Castalon. Each of these areas has its unique features and commodities, so you will undoubtedly find a place that you like.

For instance, if you want to enjoy hot springs, head to the Rio Grande Village. Chisos Basin has a somewhat nicer microclimate than other areas, as the days there are a bit cooler, while nights are warmer.

You can reserve a camping spot in each area, though all of them also have camping areas that function on a first-come, first-served basis.

If you want to be as close to nature as possible, stay at Cottonwood Campground as it is the wildest one. There are no reservations there and many modern facilities such as generators are forbidden on site.

The Arches National Park got its name due to its beautiful natural sandstone arches. There are over two thousand of them, including the worldwide famous Delicate Arch.

The Devils Garden Campground has over fifty camping sites at your disposal - just make sure to make a reservation beforehand.

Popular pastimes include riding a mountain bike along scenic routes, hiking, and horseback riding. Since the park covers so much ground, backpacking is restricted to several designated areas.

You can also take part in rock climbing or take a car ride along the eighteen miles long road with plenty of sights to see.

From spring to fall, you can go on a ranger-led tour of the area. Most of these programs are free, so make sure to include them in your plans.

During the rest of the year, you can hire a guide to take you through the park and tell you all about it.

Finally, when the night comes, you can do some stargazing or take some amazing photos of the night skies.