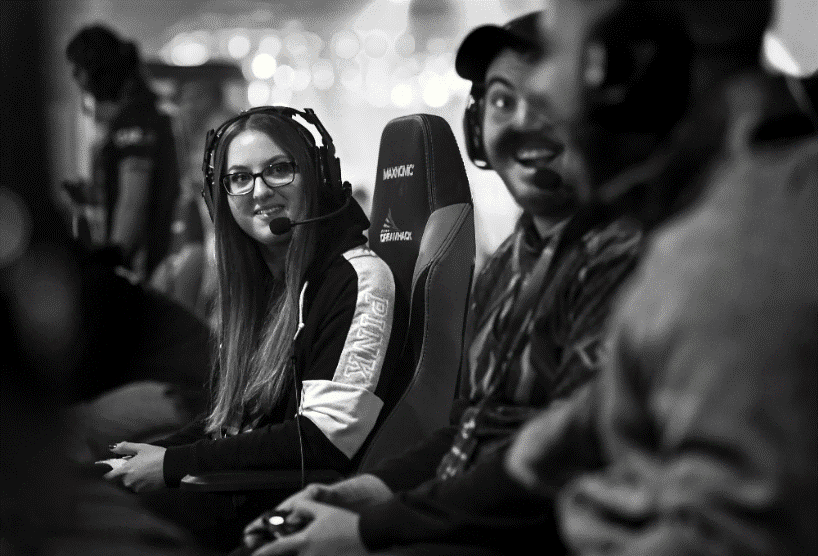 Women in the Game Industry

There is a stereotype that women play video games much less often than men. However, this is not true at all. Over the past few years, the number of women playing games has increased significantly.

This is primarily due to the development of the gaming industry. There were new genres, games without gender, which could be equally interesting to both men and women. According to parimatch.tech statistics, in Australia alone, the target audience for video games is 47 percent female.

The case is even sadder in game development. While many players know male developers, very few have heard of women. What's the reason for that?

The problems of female developers

So why are there so few female developers compared to men? Of course, the biggest influence is gender stereotypes. Despite the fact that modern society is fighting for equal rights for men and women, it is still difficult to completely eradicate the problem.

It is still believed that the exact sciences required for game development are more intrinsic to men than to women. This affects learning and even further work. There are several major problems faced by women developers.

How to solve the problem?

Recently, developers are seriously engaged in solving this problem. There are special startups and programs whose main goal is to attract women to the game industry.

Many companies are fighting against stereotypes and give women the opportunity to realize ideas on an equal footing with men. This is a big step towards development.

Famous women in the game industry

Even though most gamers know the names of male developers, there are many famous women in the industry who have made huge contributions to the field of game creation.

Jade was the lead producer of the Assassin's Creed series from the first installment through Brotherhood. In 2009, she was promoted to director of Ubisoft Toronto, which released Splinter Cell: Blacklist, one of the best parts of Sam Fisher's adventures, under her keen guidance. Since then, Raymond hasn't delighted players with new games: she moved to the newly formed EA Motive in 2014 but left at the end of 2018.

Raymond has repeatedly been ranked as one of the most influential women in the industry, and earlier this year she received the Legend Award for her contribution to the industry. She's currently working on a kind of secret project.

Hennig started working on Uncharted 4 but moved to Visceral Games in 2014.  She led the development of a new game in the Star Wars universe, codenamed Project Ragtag. In 2017 EA scrapped the project, closed the studio, and Amy Hennig left. She founded her own small studio, where she is going to explore the use of virtual reality in games.

In 1995 Rebecca co-founded Logicware, where she worked as CEO and lead programmer. Four years later she independently founded Contraband Entertainment, which apart from releasing original games, ported third-party titles like Aliens vs. predator, Baldur's Gate II, and Heroes of Might and Magic IV.

Simultaneously, she managed to work as a consultant and senior engineer for EA, Ubisoft, Amazon, Microsoft, and Sony. In 2013 Contraband was shut down, and Heinemann founded a new firm called Olde Sküül.