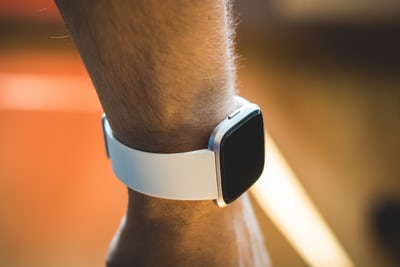 Traditional Timepiece vs. Smartwatches: Which One Should You Buy?

A debate that arose in this era of technological advancements is the smartwatch vs. traditional watch conflict. Traditional wristwatches have a rich history, while smartwatches are changing the way people look at wristwatches. This lead to a consumer divide between the two kinds of timepieces.

Both have features and designs unique to each. Various watchmakers have also managed to integrate different styles and components into their products that can entice many consumers. In a competitive market of watchmaking, the battle is fought between the lines of which kind of device can attract the most attention.

You can say that smartwatches rekindled the consumer’s attraction to wristwatches due to their tech-heavy features. However, traditional timepieces are continuously evolving. With that being said, here are comparisons to help you decide which one you should buy.

In terms of devices and tools, you always look for what they can do for you. Smartwatches not only cater to tech enthusiasts but to multi-taskers as well. A smartwatch is equipped with apps that you can use to do your tasks and errands as you’re doing other things.

A Samsung and an Apple smartwatch allow you to read emails, sync files, and even listen to music. You can even use them as a map and track your heart rate. There are also apps that make use of your smartphone, like ones for fitness and physical training.

The look of a wristwatch is what makes them unique. Watches are also a fashion accessory as much as it’s a tool you use to track time. You can distinguish a smartwatch and a traditional one based on their face and overall design.

Smartwatches are usually on the bigger side of the wristwatch size spectrum. You’ll need to touch the screen of a smartwatch with ease, and a more expansive space provides that. The design of smartwatches heavily depends on the number of apps it has.

On the other hand, traditional watches come in many different sizes. There are small ones and bulky ones; however, bulky doesn’t always mean heavy. It depends on the material used to make the watch, and there are standards that watchmakers use, especially with luxury watches like the Seiko Prospex.

Battery-powered watches are popular because they’re usually more accurate and affordable. All smartwatches are powered by batteries and need to be recharged. Depending on the duration of use and how many apps you use, a smartwatch’s average battery life typically doesn’t last more than two days.

A traditional quartz movement watch can operate up anywhere from one to three years. Mechanical watches don’t use batteries; instead, they harness power from kinetic energy from the movement of your wrist. However, their mechanism makes them more expensive than quartz movement timepieces.

Many traditional watches are known for their toughness, such as brands like Casio and G-Shock. They make heavy-duty watches that can withstand the punishment of vibrations, water, and sometimes even the issues that magnetism can cause.

Smartwatches consist of electric components which have limited life. Wearing a smartwatch is like using a smartphone wherein you’ll need to buy a new one every couple of years. But, if you take care of them well enough and keep their software updated, they can last longer.

Choosing between a smartwatch and a traditional watch depends on your personal choice. Preference is still the main focus, along with your budget. Both have excellent components, so you’ll only need to consider other aspects like the design. Whichever one you pick to buy, ensure that you use it well.

Luther Abrams is quite a jack-of-all-trades type of guy. He loves exploring new things and cultivating his knowledge every now and then. Today, he grows more and more interested in jewelry and watches and even writes about such things in his free time.