5 Steps to Build Your Own Public Key Infrastructure

An overall public key infrastructure is a simple set of rules, policies, hardware, software, and procedures needed to create, manage, distribute, use, store and revoke the digital certificate and help manage the public - key encryption. If you are responsible for all the cybersecurity in the company and the superiors are counting on you for enhancing network security for growth, then public key infrastructure (PKI) will become necessary.

But the problem is building a good and reliable PKI can be complex, time-consuming, and costly. There are many things to know, like how can you create security measures that can handle any growth? What are the new technologies that you have to adopt? Who will you need to hire to support the new areas of network security? What have the other leading enterprises done to mitigate a similar type of growth?

To solve all your queries, here are five steps to help you plan and build the PKI to scale your business growth.

You will first need a high level of understanding of the danger you have to prevent while mitigating the business.

These are all the basic things you will need to identify, which can be solved using the public key infrastructure. 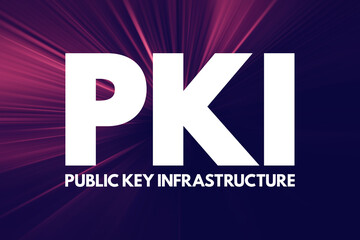 Know All the Network Security Risks That PKI Can Mitigate

Developing the Right MIX of Private and Public PKI

After you have identified which Non-negotiable network security risks, you have to decide which of the risks will be solved using the PKI. Several corporations have built a hybrid architecture that includes both public and private PKI. Commonly, the public PKI is used to secure the public-facing websites and services, and the private PKI is used to secure the internal websites and services. They are different on how to automate the process for delivering the certificates.

With the help of PKI, you can bind an identity to the public key with a signing process. That signing process is performed by a root or an intermediate that will chain up to the roots. 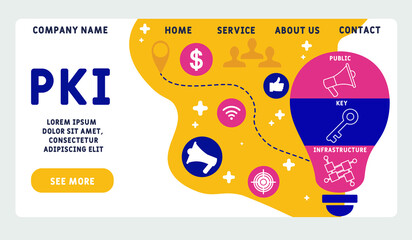 Decide Between Hosted or Internal CA-Build or Buy

Both the build and buy PKI are good options. But the decision comes down to the resources and personnel you can dedicate to your PKI. A hosted service can create roots that secure the level of commensurate with the public trust anchors. An internal CA can provide you complete control of the issuance process, but it can take up some software, hardware, licensing, and training costs.

Think of whether an internally managed PKI is worth the company's time, money, and resources. Managing an internal PKI system can have both benefits and some hidden costs. But when you start with a financially viable plan, that can quickly turn into an economic disaster.

It would be best if you only thought about building an internal CA once you have considered both the technology's financial cost and the opportunity cost of the engineer's time. When you have a small team with a flat budget, choosing to use a hosted private PKI solution makes more sense. It also gives you many benefits of an internal CA but without most of the costs.

For the PKI to run smoothly on a large scale, you will need to have automated certificate deployment. Changing industry standards and shrinking certificate validity periods indicate that automation will be a necessity. Leveraging automation will make your team more efficient and help you maintain security by reducing human mistakes and certificate-caused outages.

There four major options for automation: 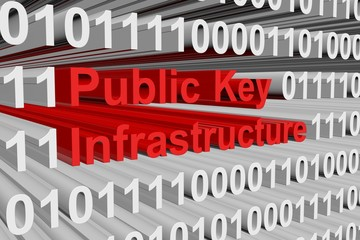 Securing data on an application level is a crucial step for ensuring a distributed system's architecture. Still, you can only do so by having a very effective and strong PKI in your company. So, follow the five steps mentioned above and come up with your public key infrastructure.