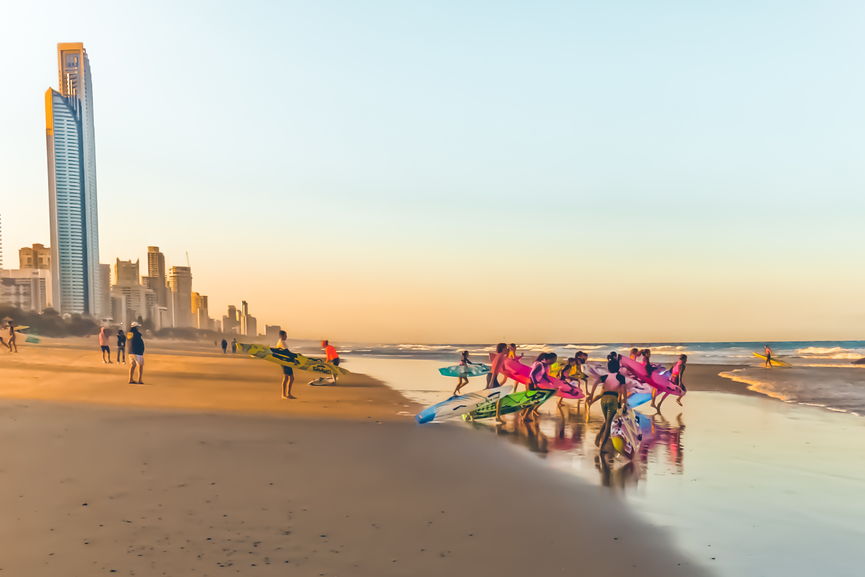 Fun Activities to Do In Australia This Summer

One of the best places to visit and have extraordinary fun is Australia, and it stands to good reason. Australia is packed with a variety of fun activities that will leave you wanting to come back time and time again.

The summer months in Australia are actually in December, January and February. This makes it the perfect winter getaway if you live in the northern hemisphere such as places like Canada, the United States, England and other northern countries.

Now the first day of summer is December 1st and it is celebrated with many festivities and exciting times. These great events and sunny days last until the end of February.

Depending on where you go, the average temperature varies. But overall, the weather is most often warm and sunny. For example, Sydney’s midsummer temperature is about 26°C (79°F) in the day and 19°C (66°F) at night. If you desire a warmer climate then travel north of Sidney. If you prefer it cooler, then travel south.

One of the biggest Australian attractions is extreme sports. In fact, most of the beaches are renowned for their amazing waves for surfing, scuba diving, and ocean rafting. Quite frankly, Australia has 133,400 square miles of pristine ocean, 2,900 different reefs, 900 exotic islands, 1,500 fish species and more. Other extreme sports to enjoy are bungy jumping in Cairns (the original Bungy site and known as the best in the world), raging white water rafting in places like Tully and Barron, jet boating in Sidney, skydiving in Byron Bay for spectacular views and zorbing (globe-riding) by getting into a giant hamster ball and rolling down a hill. Quite frankly, the best place to experience and play extreme sports is in Australia. For it seems that they are always perfecting or embellishing a new extreme sport one way or another.

Experience a Plethora of Events and Festivals

Australia offers a wide array of events and festivities in the summer months. If you do not like to play extreme sports then timing your vacation around the different activities is a great way to experience Australia.

National public holidays include Christmas, Australian Day (January 26) and Boxing Day (December 26) except in the state of South Australia. If ever a holiday lands on a weekend, the upcoming workday becomes a public holiday. Australia also celebrates quite a few colossal events and festivities that are well worth experiencing.

Another great way to truly experience Australia is by throwing a party. And what better way to throw a party than at one of the numerous beaches, right? Throw a party and you have it made for excitement and real-life fun. There are various themes or locations for a party like the outback or of coarse the beach. Some of the most popular party places and locals include Sydney (the bling king for parties), Brisbane for chilled wine bars and in vogue panache, Melbourne is great for secret bars, live music and natural sublime attitude, Darwin for the best beer and pubs and Perth, which is known for its live music scene and port.

If you think about the dramatic scenery in Australia, the Blue Mountains in NSW is another area to consider. There are a lot of things to do such as hiking to Wentworth Falls, visit the Three Sisters, and take a pic at Katoomba Falls.  Moreover, choosing your stay at the Blue Mountains cabins treehouse is also recommended. It will make your summer holidays in Australia fulfilled and well spent.

Monica is a passionate writer and content creator. Her interests include outdoor activities, fitness, technology, entrepreneurship and everything in between. Say hi to Monica on Twitter @monical_lee.