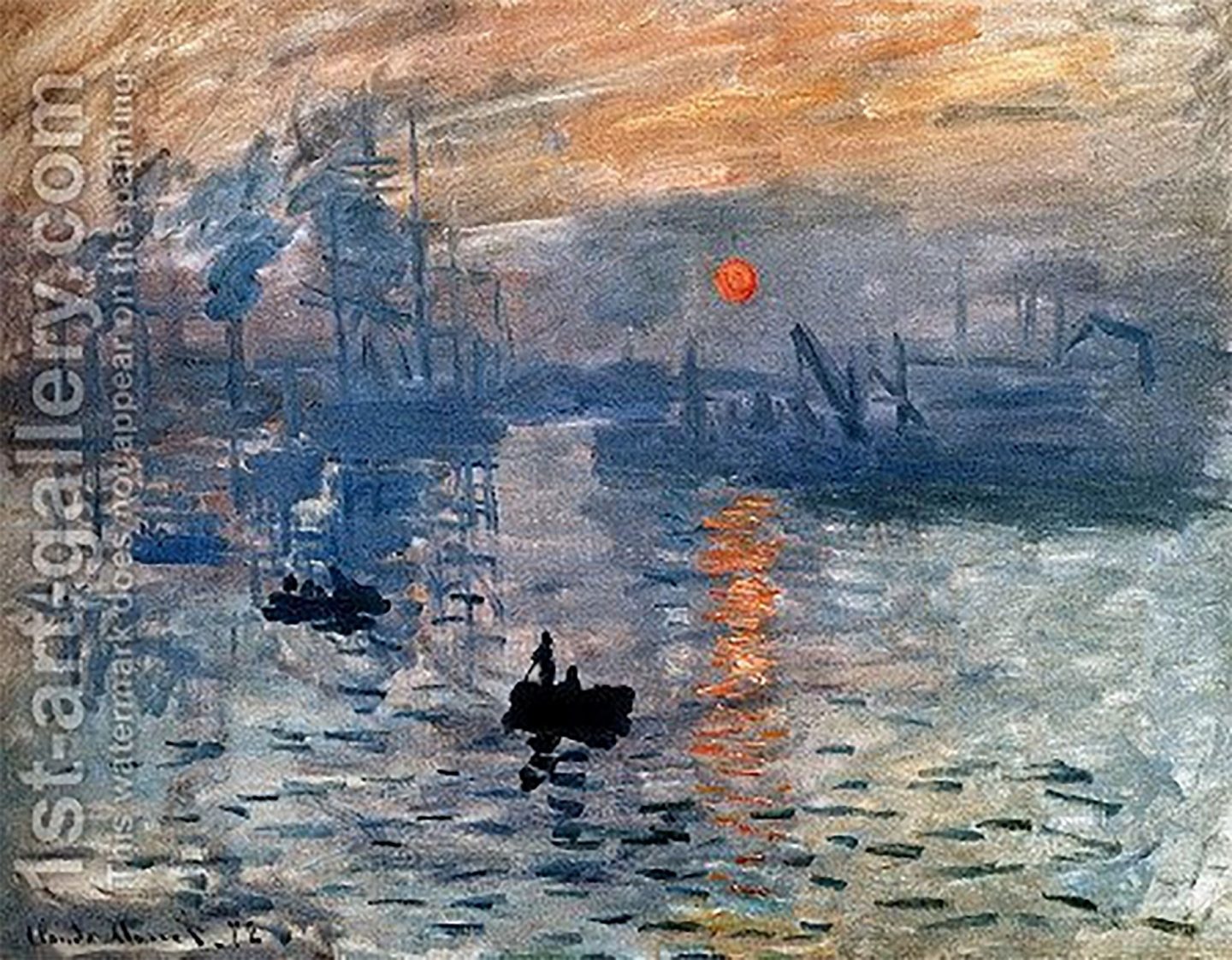 5 Famous Maritime Painters and Their Masterpieces

Maritime art is a visual art form where the artist draws inspiration from nautical themes. Shipping was a major factor of life in regards to travel, transportation of goods, and warfare during the 17th to 19th centuries. Maritime paintings became quite popular during this time, depicting the many ways that humans interacted with the sea.

Possibly the most famous of Monet's maritime works is his 1873 painting, Impression, Sunrise. The focal point of the work is a small dark boat that contrasts with the blues and greens used across the rest of the canvas. It may seem simple at first glance, but this painting would become the inspiration from which the entire impressionist movement would be named.

This is by far not his only maritime work, however. Other paintings that exemplify his ships painting skills include The Manneporte, Terrace at Sainte Adresse, and Cliffs Near Dieppe.

An art student from a young age, William Turner became a professor of perspective at the Royal Academy in Britain as an adult. As Turner's skills developed, he became a proficient watercolor and oil painter in the Romantic style. The period was known for its focus on nature and expression, making maritime themes quite common.

Turner found a great deal of inspiration in natural disasters, particularly sea storms. This fascination can be seen in Dawn After the Wreck as well as The Slave Ship. One of Turner's most iconic paintings, however, is The Fighting Temeraire Tugged to Her Last Berth to be Broken Up.

Similar to other Romantic painters, Turner focused mainly on color rather than design. His choice to focus on color was beneficial in creating emotion for the viewer. The intersection of color and violent imagery resulted in Turner being regarded as one of the most iconic artists of his era.

A native of Amsterdam, de Cappelle spent his career painting seascapes and landscapes. Unlike some of his fellow maritime painters, de Cappelle did not focus on depicting rough seas or large sea vessels. He instead focused on cloudy skies that contrasted serene, still waters.

He was also unique for his compositions that depicted ships that were half-seen, with the rest being cut off by the edge of the canvas. This is exemplified by his work, Ships On a Calm Sea Near Land, where the ships on the left of the canvas are partially unseen.

Critics have asserted that de Cappelle is best known for his use of light, which makes him stand out amongst his fellow painters of the era. The use of light in his maritime paintings was so significant that critics have compared him to Rembrandt.

Buttersworth was an Englishman who served in the Royal Navy during the Napoleonic Wars. Many of Buttersworth's works depict sailing vessels against expansive skies. He frequently portrayed these ships in a stately manner, sailing valiantly against the tide.

His experiences at sea inspired him to paint numerous scenes of naval battles, including Inshore Squadron off Cadiz in 1797. It is believed that Buttersworth painted using real-life events that he witnessed as inspiration.

Homer was born in 1836 in Boston, Massachusetts. Much of his career was spent as an illustrator, before transitioning to primarily watercolors. Despite receiving heavy criticism for his early watercolors, Homer's work gained popularity over time. His eventual return to Gloucester, Massachusetts found Homer living in the Eastern Point Lighthouse. This reinvigorated Homer's interest in the sea, spurring on a new wave of maritime-themed works.

While some elements of impressionist style can be seen in Homer's work, he maintained an individualism that cemented him as one of the most notable American painters of the time. Of his maritime paintings, Breezing Up (A Fair Wind) is his most iconic work. Other maritime works by Homer include Fishing Boats, Key West, and The Herring Net.

The relationship between humans and the sea peaked during the 17th to 19th centuries, when shipping was necessary for many areas of life. This relationship has inspired countless paintings across those centuries in many art styles. While these painters may be the most recognizable in maritime art, there is a plethora of other marine-focused art out there.