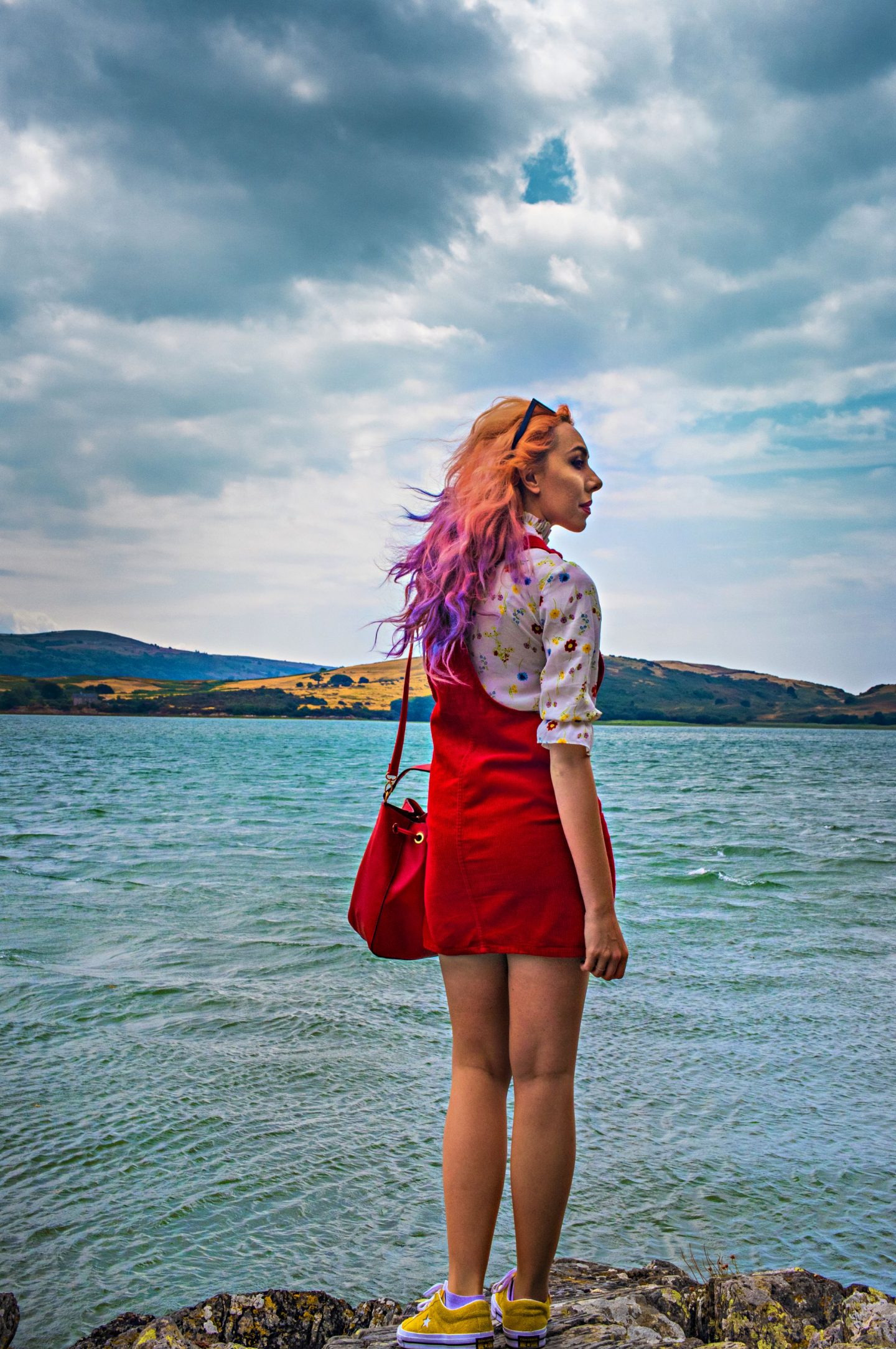 The secrets of every successful business

Now you may not look at me, and think that I know a damn thing about business, because I'm a creative, who didn't go to business school. But however you'll be pleasantly surprised that all of my career I've been extremely focused on carving my own path in life, and being my own boss. I've picked up plenty of tips and tricks over the years to understand what makes a business extremely successful - because frankly this blog, my social media and everything I do is actually a business of it's own.
It has branding, marketing, finances and strategy - everything that a successful business needs to be the best it can be.
Ever since my days in high school I've had a keen interest into marketing, branding and how business functions with it's audience, media representation and unique methods of getting a product out. So you might be reading this with a fully grown business and want to pick up a few handy tips, or you could be considering building a business of your own. Either way, this post will give you some useful insight from a creative on how to kick start some fresh innovative ways that you can improve your business and roll in constant customers. 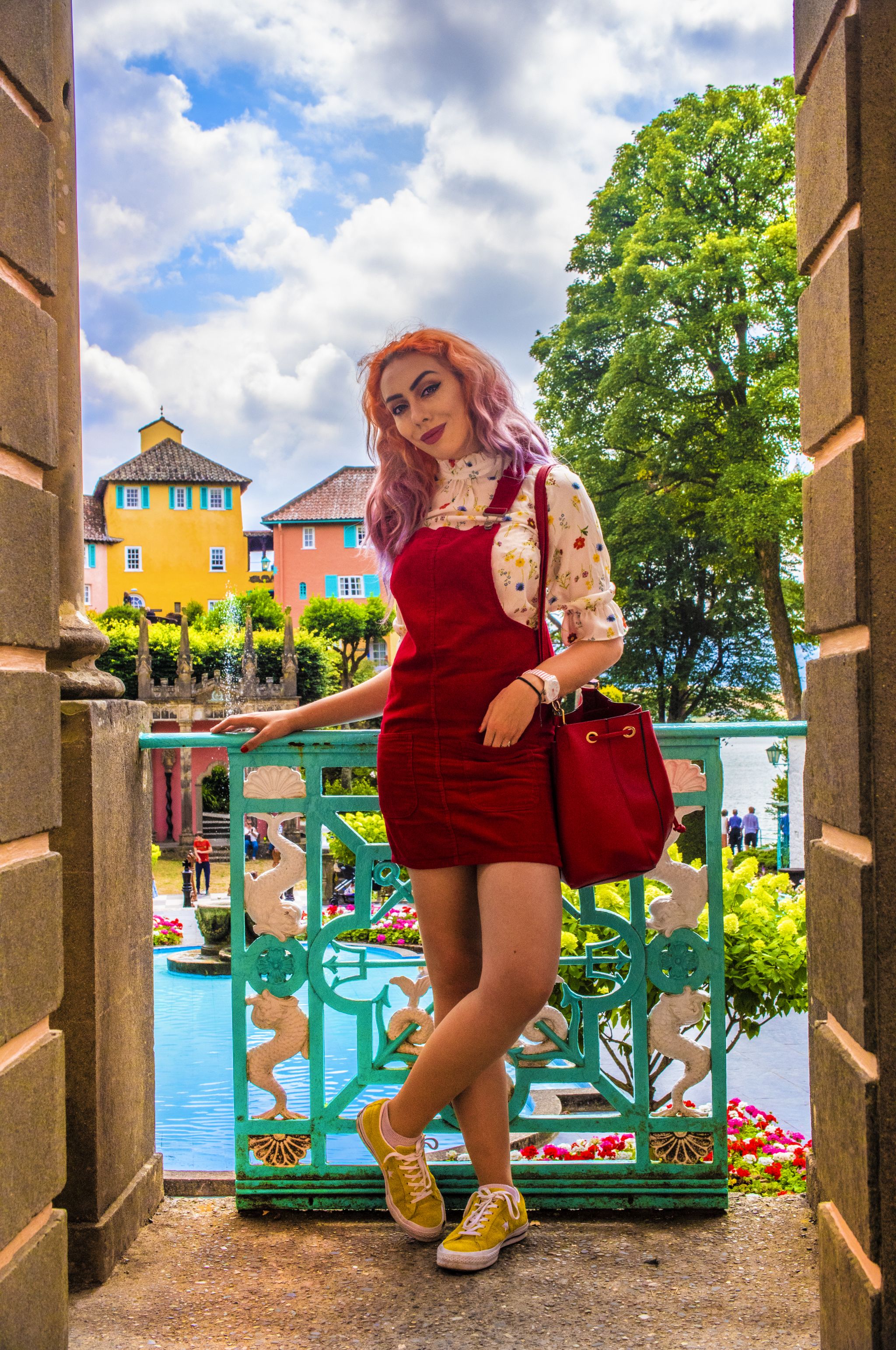 To start things off, you need to understand your niche ie: what makes your business unique. This is a vital step in creating any business that won't be drowned by similar competition.

As a prime example of what makes this website unique, is that I provide useful topics of information to help inform the quality of live of the people reading it. So on this site you'll find inspirational posts, frequent fashion updates, the latest in beauty, upcoming places to travel and eat. It's an umbrella term for lifestyle, all with a twist of my personality which is very positive, colourful and vibrant.

So grab yourself a pen and piece of paper, and list all of the things that you or your potential business stands for, are you ethically minded? Does your business have an amazing skillset that is rarely seen? Do you provide a product never to be seen by the market? Where are you based, and is there anything like it nearby? Are you mobile and can take your business places or are you stationary? Try and nail down as many questions as you possibly can, the greater you have an understanding about what it is you're trying to promote, the better you'll be able to tailor the other steps in creating a successful business.

Work Out Your Niche 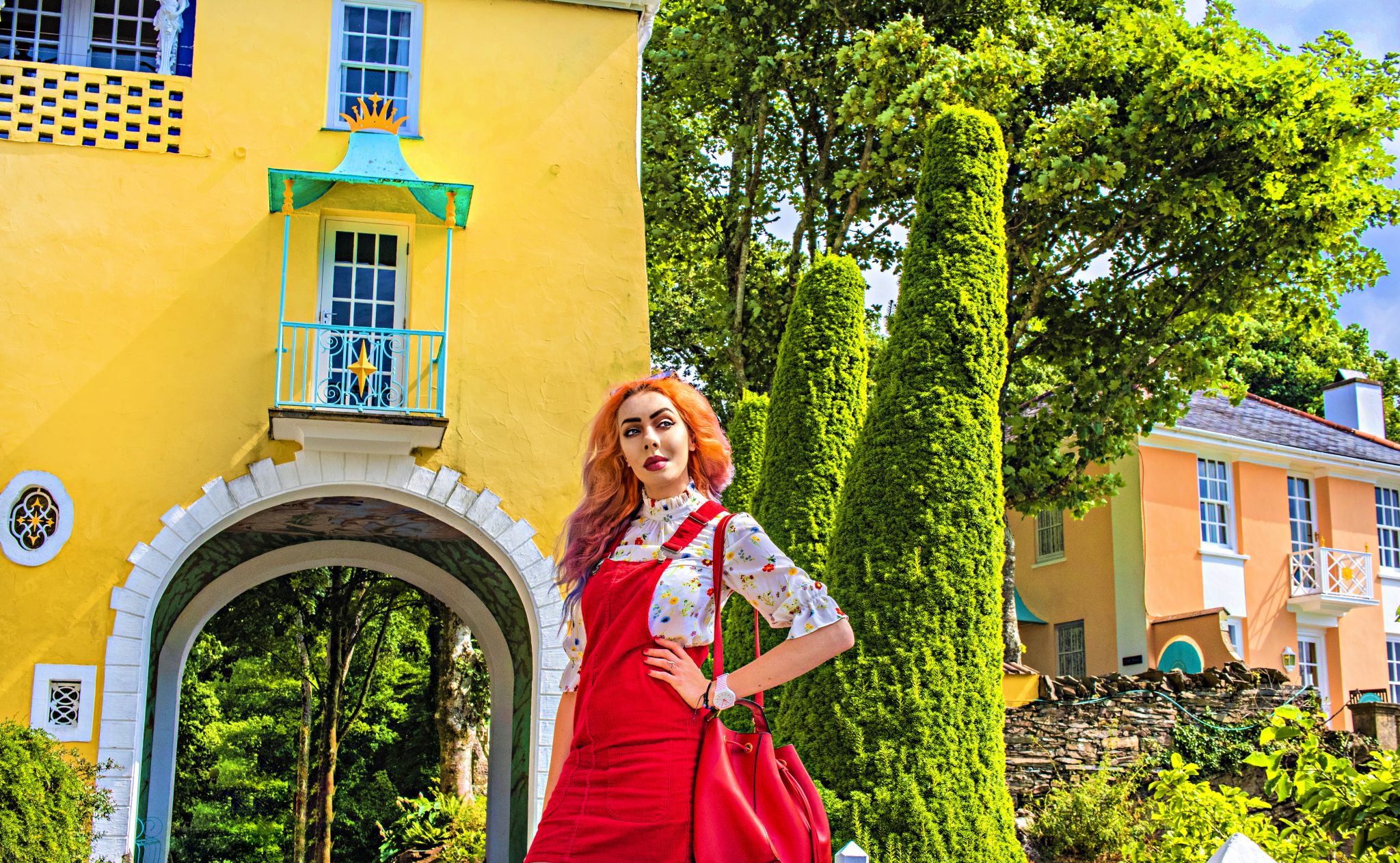 Who Is Your Target Audience

Once you've worked out what makes you so special, it's time to work out exactly who your audience is. You need to envision your ideal customer, write down what they would wear, where they would shop, what kind of lifestyle would this person lead. Break down this into a few segments; age, gender, location and personality are great starting points.

Pyschographically to target an audience I've learnt that most people fall into the Young & Rubicam's 4C's model which categorises people as:

The Aspirer; Incredibly materialistic, acquisitive people, who are driven by others perceptions of them rather than by their own values. As a result, they respond to what others perceive as being superficial: image, appearance, persona, charisma and fashion. An attractive pack is as important to them as it's contents. Their core need in life is for status.

The Explorer; These people are driven by a need for discovery, challenge and new frontiers. Young in nature, if not in reality. Explorers are often the first to try out new ideas and experiences. They respond to brands that offer new sensations, indulgence and instant effects. In short, difference is what they seek out. Their core need in life is for discovery.

The Reformer;
"Don't tell me what to do, or what to think" would say a Reformer valuing their own independent judgement. Reformers are the most anti-materialistic of the seven groups, and are often perceived as intellectual. They are socially aware, and pride themselves on tolerance. Reformers seek out the authentic and the harmonious, and are often at eh leading edge of society. However unlike Explorers, they will not buy things because they are new. Their core need for life is enlightenment.

The Mainstreamer; These are people who live in the world of the domestic, and the everyday. A daily routine is fundamental to the way they live their lives. Their life choices are "we" rather than "me". As their name implies, they are the mainstream of society. They are the largest group of people within 4C's across the world. They respond to big established brands, to 'family' brands and to offers of value for money. Their core need in life is for security.

The Succeeder; Succeeders possess self-confidence, have a strong goal orientation and tend to be very organised. As a result, they tend to occupy positions of responsibility in society. Their investment in the status quo means they tend to support it. When it comes to brands, they seek reward and prestige, and will often seek out the best, because that is what they feel they deserve. On the other hand, they also seek out caring and protective brands - their aggressive attitude to life means they need to relax occasionally. Their core need in life is for control.

The Struggler; Strugglers live for today and make few plans for tomorrow. Others often see them as victims, losers and wasters - aimless, disorganised people with few resources apart from their own physical skills. If they get on in life, it will depend more on a winning lottery ticket than anything they do themselves. They are heavy consumers of alcohol and junk food. Visual impact and physical sensation are an important element of their brand choices. In essence, they seek escape.

The Resigned; These are predominantly older people with constant, unchanging values built up over time. For them, the past is bathed in a warm nostalgic glow. They respect institutions and enjoy acting in traditional roles. Their brand choices are driven by a need for safety and for economy. They choose above all what is familiar to them. in life their aim is basic; it is to survive.

Most audiences are passive, easily led, and sheeplike under the influence of advertising. This is the hypodermic model, which is the theory that roots most marketing strategies, and usually why people will buy a product - because it's lovely, shiny and no doubt recommended by person. Influencers and blogging plays into this theory alot, as us influencers are recommending you a cool product, by a cool person and if enough cool people tell you just how cool this product is, you'll probably want to try it out of curiosity and gratification.

So when it comes down to picking the correct platforms, it's usually best to get it right the first time. As switching domains, hosting and e-commerce platforms can be a gruelling challenge for any business, large or not. So for example if you're planning to sell a product and need a gateway for payments, the best service I would recommend is Shopify Plus, as it offers many more benefits, as a Magento Enterprise alternative. Most people these days are switching up to Shopify Plus, as it's a much more manageable platform to create delightful customer experiences at scale. They focus their attention on budgets and human capital away from costly infrastructure and development, and onto more important matters like strategy, customer engagement, social influence and data-guided marketing.

So in my opinion it seems the best option for optimising for mobile (a key factor that is important in 2018), as well as giving ultimate security and user support.

3. Setting Up Your Platforms 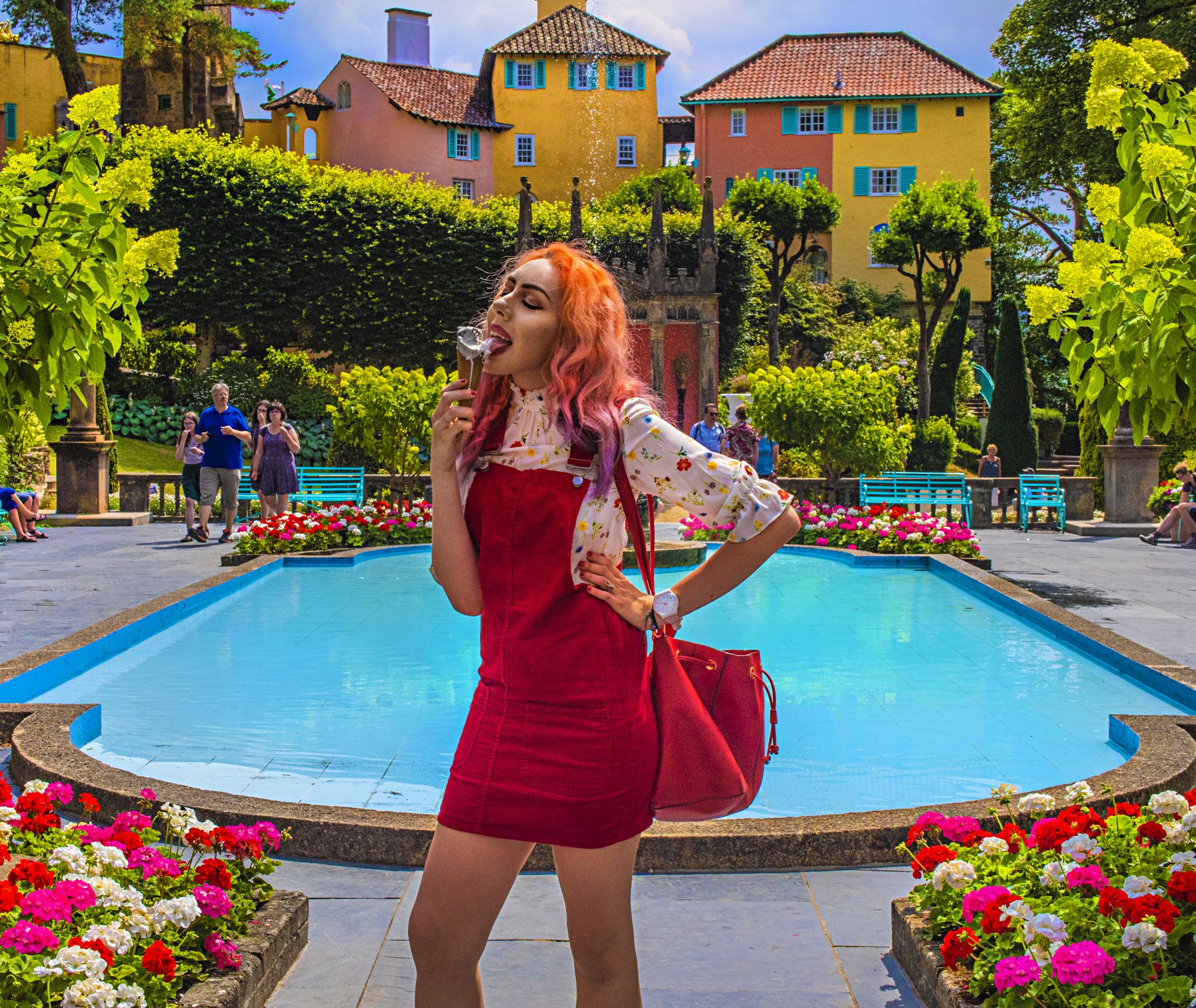