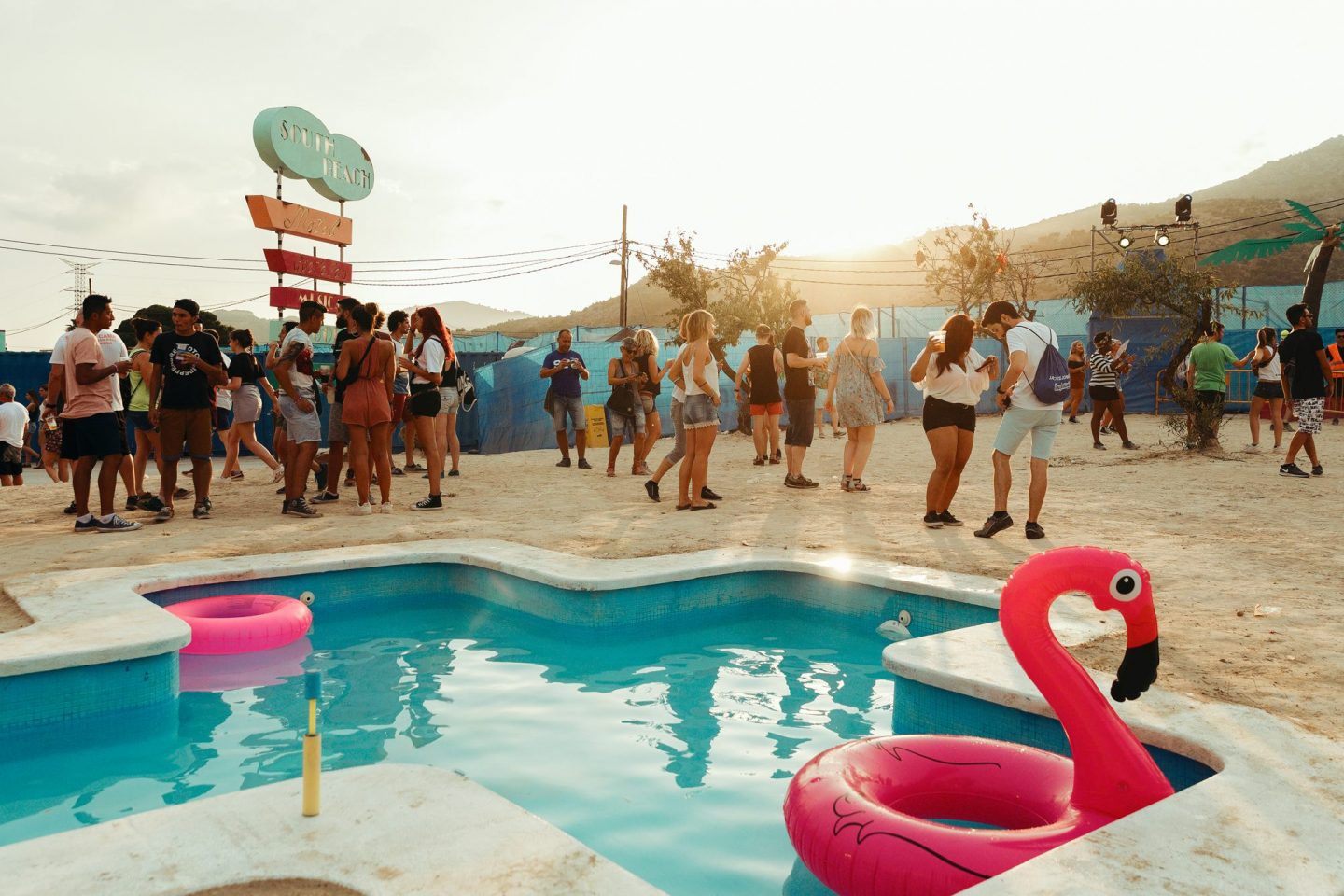 Why You Need To Try An International Music Festival

Since the dawn of my online space I've been an avid festival attendee, you all know and love that I spend my life from May-October supporting the live music scene. After years of collaborating and being the ambassador of many festivals. I've never had the chance to sit down and talk about why they mean so much to me. Why I'd rather spend my early 20's having a boogie to my favourite bands than spending it at home. So todays post will be elaborating why every person needs to try an international music festival at some point in their life. I've selected for you all the top picks for 2018, so every penny spent on a festival wristband will be an addition to your bucket list, and give you a chance to let your hair down. 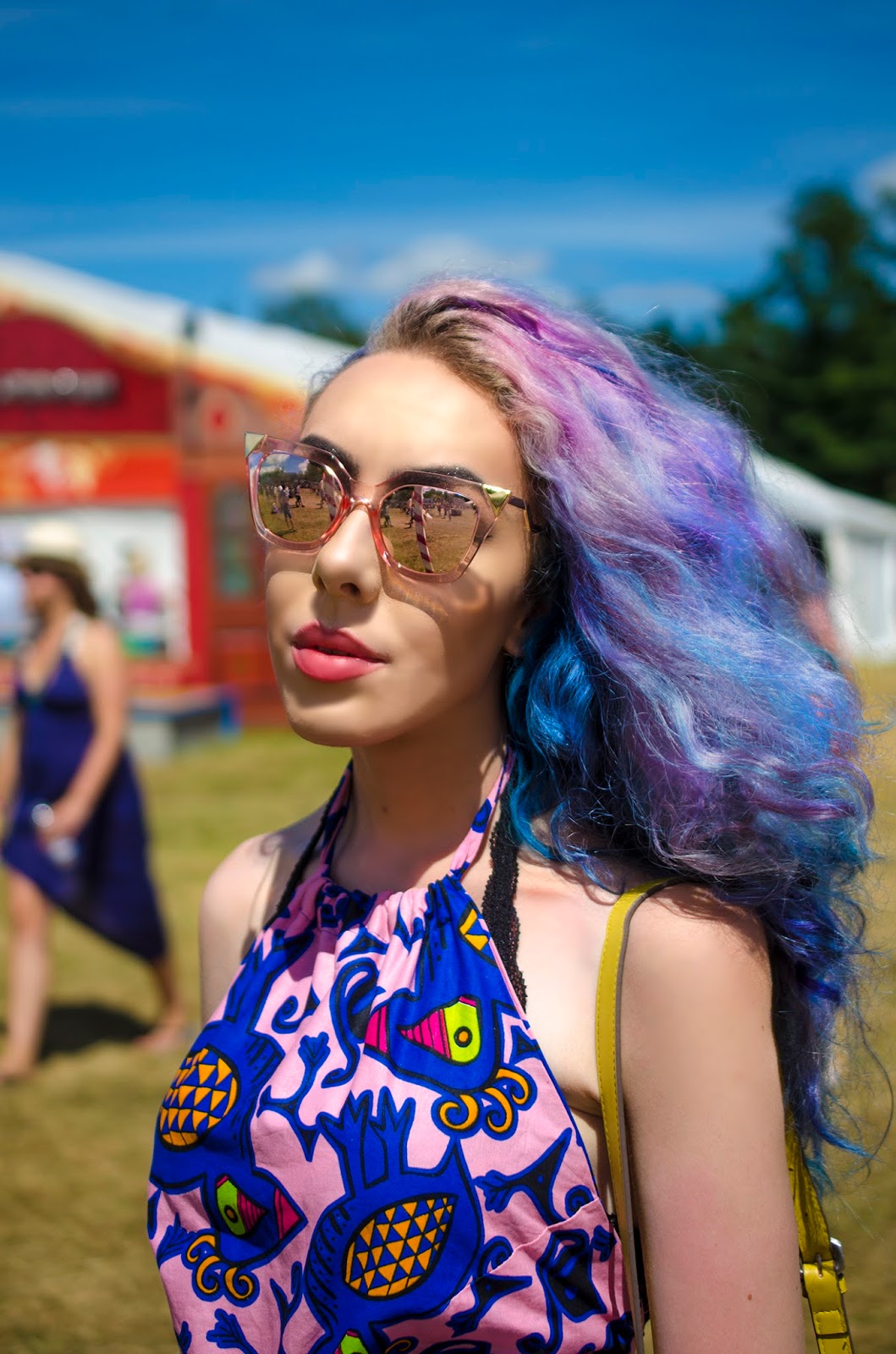 Festivals have been an intergral part of my up-bringing. I'll always pivot back to one of my parents fondest memories of playing music to me whilst I was in the womb, and I deeply believe that this factor, as well as having a star-studded sound engineer for a Dad has made me who I am today. From a child I was shaped with some of my favourite bands of today. I was spinning around and singing to Love Cats by The Cure at age 4. Saw the Australian Pink Floyd front row by age 7 and started attending gigs with my friends from age 12. Music has seen me through every milestone throughout my life, with every second becoming the soundtrack to my life. I've had this conversation countless times with music conisseurs about our first impressions of music impacting our lives, and it's a topic that I believe is very underrated. Music can make the worst of times so much better, so I believe seeing those bands live elevates those memories whilst being a part of something incredibly special with others.

It was last year I made a list of bands I'd seen and realised I'd counted over 200 acts as of 2017 - which will be updated by the end of 2018. It gave me perspective on how much music means to me. So as we drift onto the topic of why an international music festival should be your go-to this year I must point out the many pro's of picking a festival outside of your country.

Firstly, it's a holiday. A holiday that can be enjoyed with friends and strangers. You'll find yourself making so many new friends, pals from across the globe as you share stories of both your lives. All my festival friends have become friends for life as we all share the common ground of loving music. So we always plan to meet up year after year, making it a shared experience for all. International festivals not only give you a taste of the culture but having new places to explore. I'd highly recommend trying out festivals that have a nearby city or town.

Doing this will take you from the pool in the morning, to exploring the city before the festival opens and finally creating those golden memories at the festival itself. Festivals always have creative ways of keeping you entertained from the second the gates open so always head down early to grab the best spots.

One of the huge added benefits of trying an international music festival is usually the lack of wellington boots, although this can be hilarious and fun to squelch around a muddy field I always prefer drier weather so I can slip on my converse and boogie without splashing mud around. International festivals outside of the UK are always favored for their idyllic weather, so you can actually crack out all your favourite summer outfits, and not spend the weekend inside a waterproof poncho. 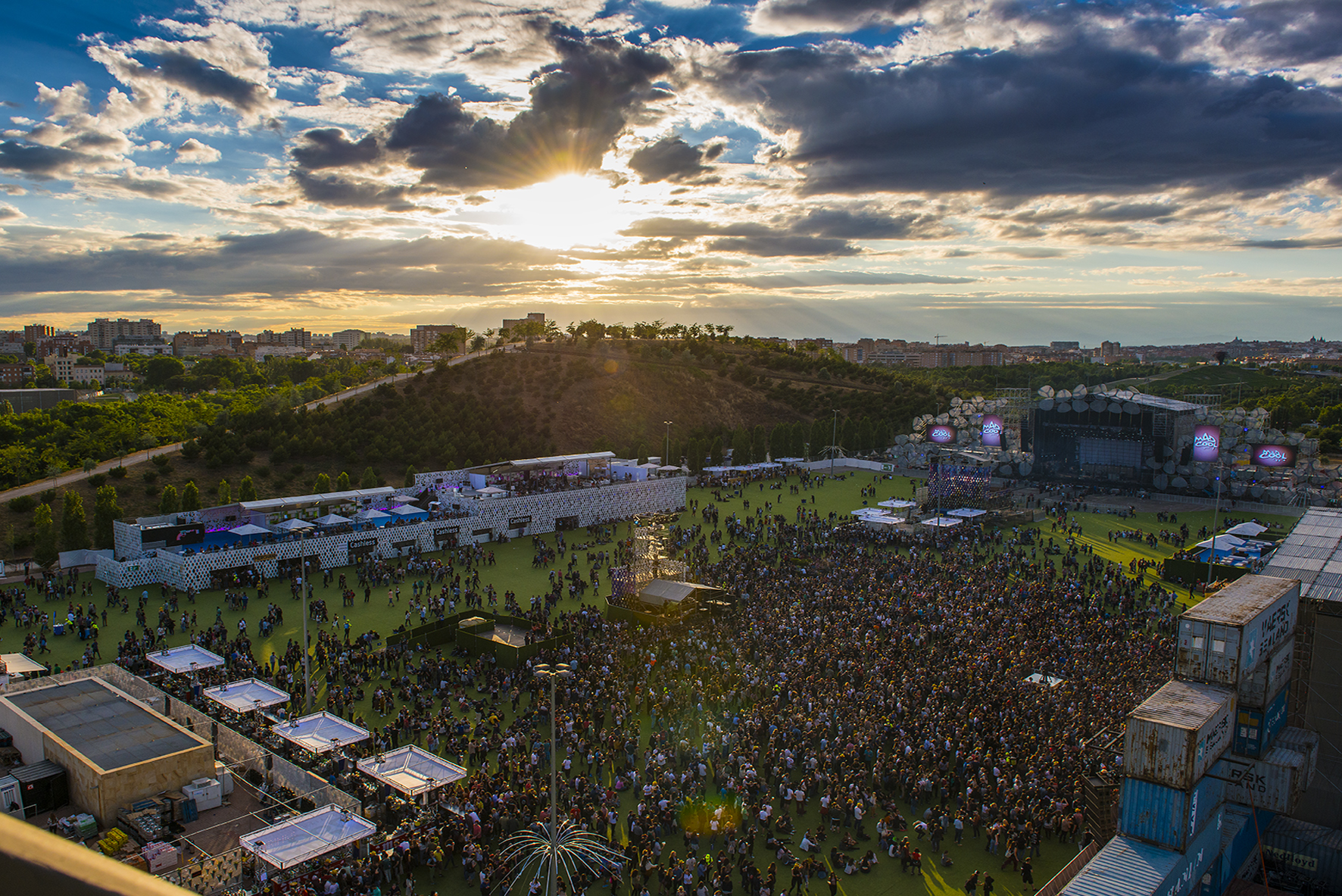 Mad Cool has been on the tongue of every keen music fan lately, with the comeback of their 3rd festival with a lineup that could drop every jaw who sees it. Running from 12-14th July with Friday highlights from Pearl Jam, Tame Impala, Kasabian, Justice, Post Malone, MGMT and Fleet Foxes. Saturdays highlights including Arctic Monkeys, Jack White, Massive Attack, Franz Ferdinand, Snow Patrol, Alice In Chains. Whilst the final day includes Depeche Mode, Queens Of The Stone Age, Nine Inch Nails, Dua Lipa, Underworld and Jack Johnson. This star-studded lineup only scrapes the surface to a revolutionary festival that promises a mixed bag of old swingers, indie gems, and old school rock.

As you all know, I always team my holidays with festivals - you have the added benefit of being able to sit poolside and taking in the surrounding culture of the city, and by evening be making your best memories. Mad Cool being only one of few festivals who highly condone supporting smaller acts on bigger stages, giving them a platform for their talents. As recently announced 15 shortlisted acts played earlier in May, to be considered for the final 9 acts who will play throughout the festival. The beauty of Mad Cool is not being as far out as Coachella, whilst providing a sizeable festival to accommodate die-hard music lovers. 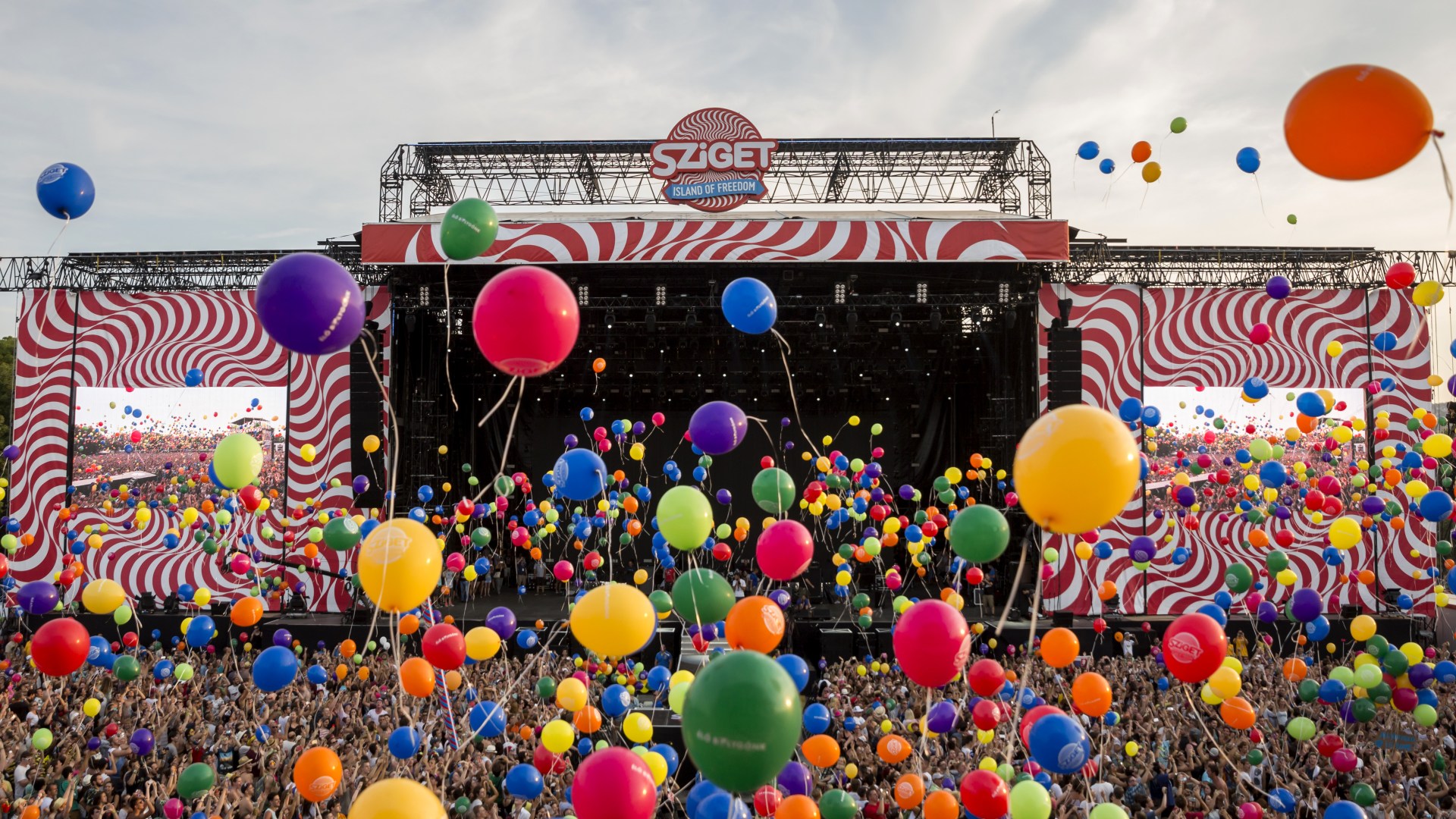 Oh where does one start with all the glory that comes with Sziget Festival in Budapest? Everything is mega cheap, with a large good quality glass of wine being £5 and meals without the added zero on the end. Sziget dubbed as the island of freedom running for 7 days (8-15th August) you are guaranteed to absorb some culture. Budapest is one of the most vibrant cities to explore, with culture and history fused. So why not add a festival on top of it?

It's anticipated crazy nature is what draws in hundreds of thousands of festival fans every year. Although it is a word of caution to those who wish to camp to pitch in the shade as Budapest can get pretty toasty during those dates. 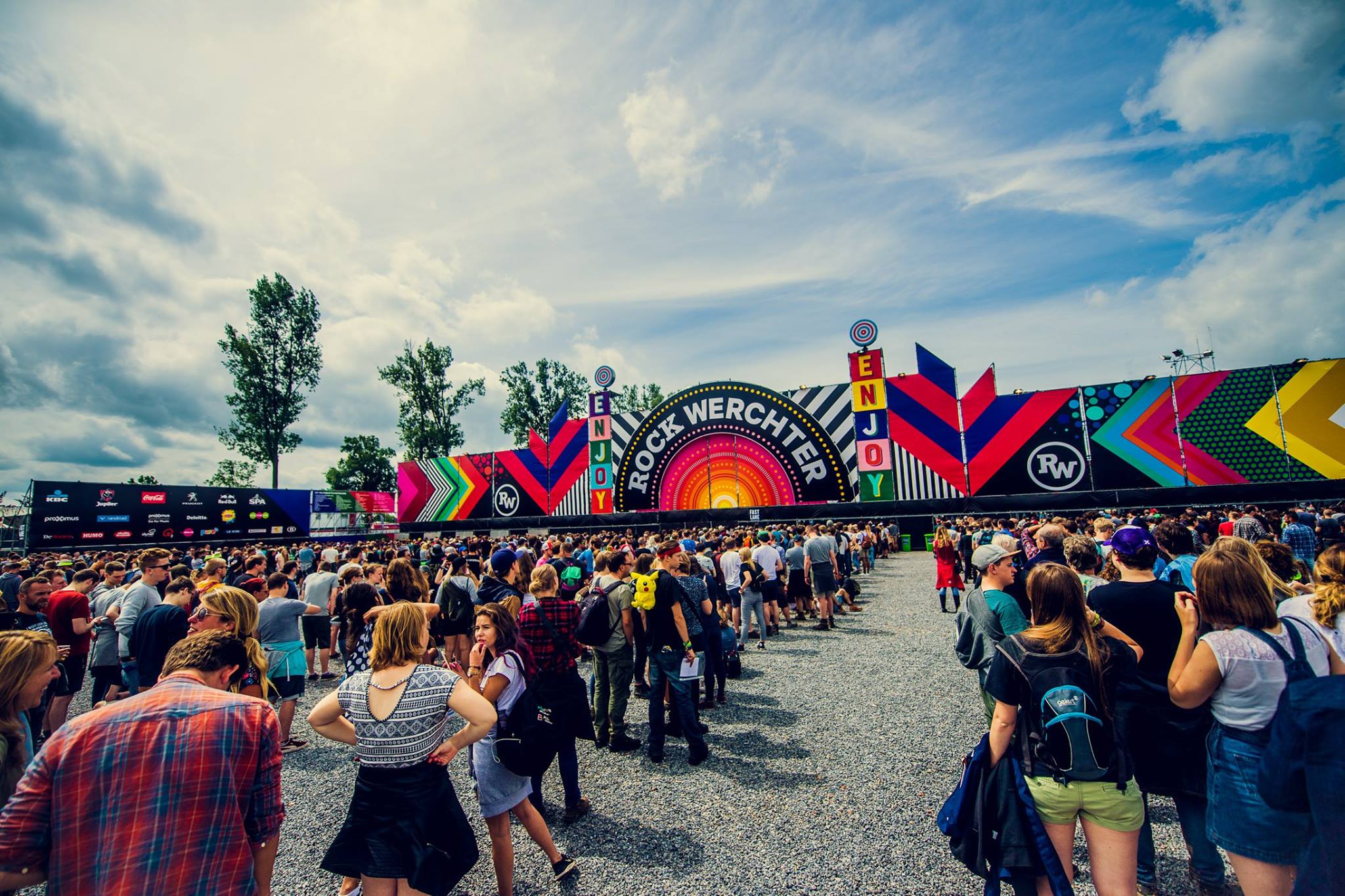 Rock Werchter which is staged in Belgium is the Glastonbury of Europe, with a lineup to amaze many and the biggest assortment of campsites you could find at any festival. It runs from 5th-8th August, meaning it won't clash with any of my other recommendations (woohoo!) It begs a lineup that screams rock'n'roll. Classics such as Gorillaz, Queens Of The Stone Age, The Script, James Bay and The Vaccines playing on the 5th. Whilst the 6th poses The Killers, London Grammar, Snow Patrol, Ben Howard, Franz Ferdinand, The Kooks, Chvrches and Courteeners. The 7th includes Pearl Jam, Jack White, Jack Johnson, Fleet Foxes, MGMT. The 8th (being my favourite day) sees Arctic Monkeys, Nick Cave & The Bad Seeds, Nine Inch Nails, Noel Gallaghers High Flying Birds, Albert Hammond Jnr & so many more! 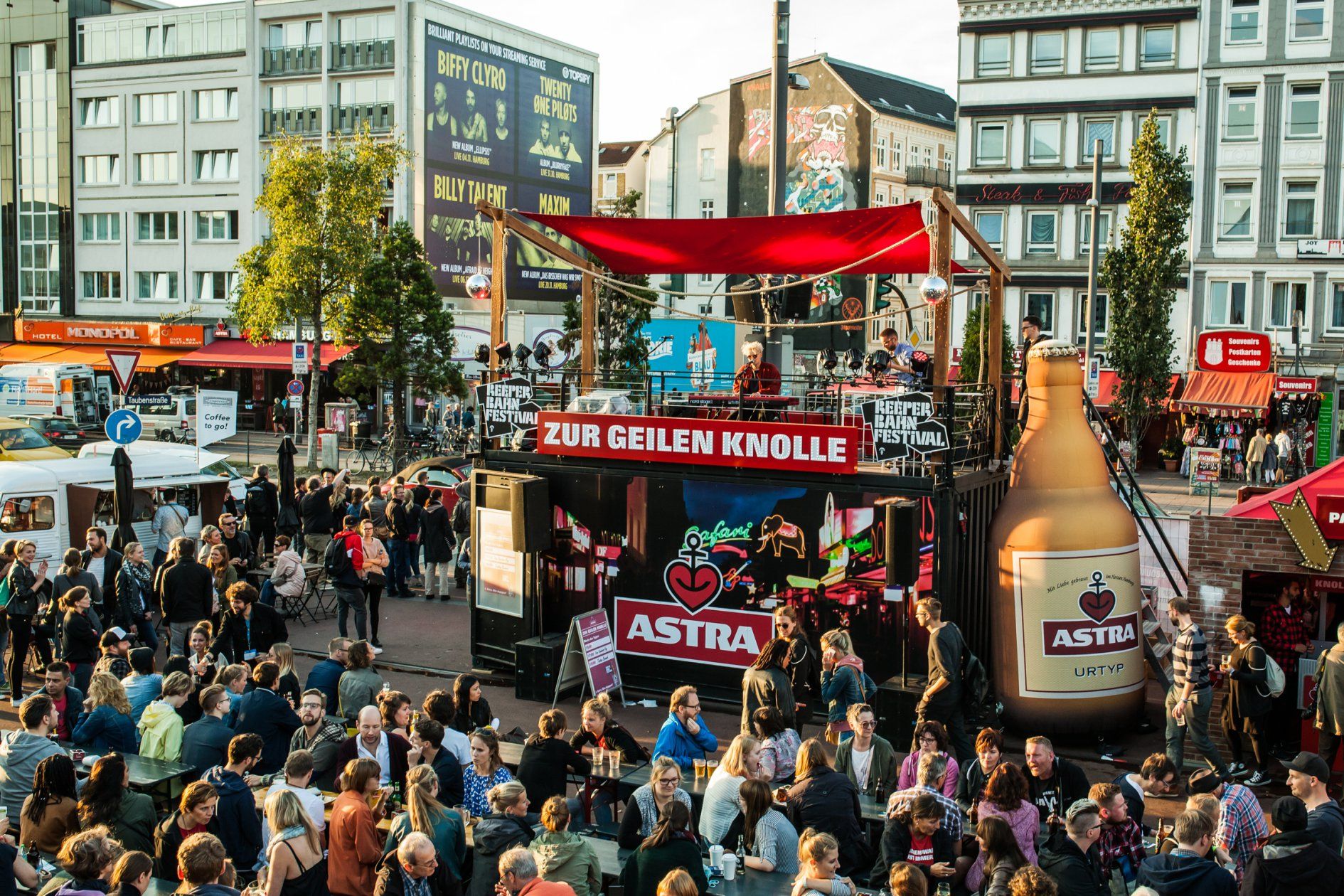 Reeperbahn will always have a special place in my heart for being one of the best city based festivals I'll ever attend. Hamburg is bursting with vibrancy, beautiful street art and so many unique venues set across 200 venues. I fall in love with every aspect every time I'm invited back, and it never gets boring. It runs from the 19th-22nd September with acts such as local favourite (and favourite of mine) Queen Zee & The Sasstones, Black Foxxes, Stereo Honey, DeWolff, Her, Jaguwar and with many more to be announced. Reeperbahn not only has one of the most thriving music communities supporting upcoming talent that is scouted from year to year. But also the Hamburg way of life that is that effortless cool, easy going attitude. I've said constantly that Hamburg is my second home as the Reeperbahn stretch is one of the best places you'll ever go to party. The history of Reeperbahn has seen David Bowie, The Beatles and Jimi Hendrix play so there's so many reasons to attend. 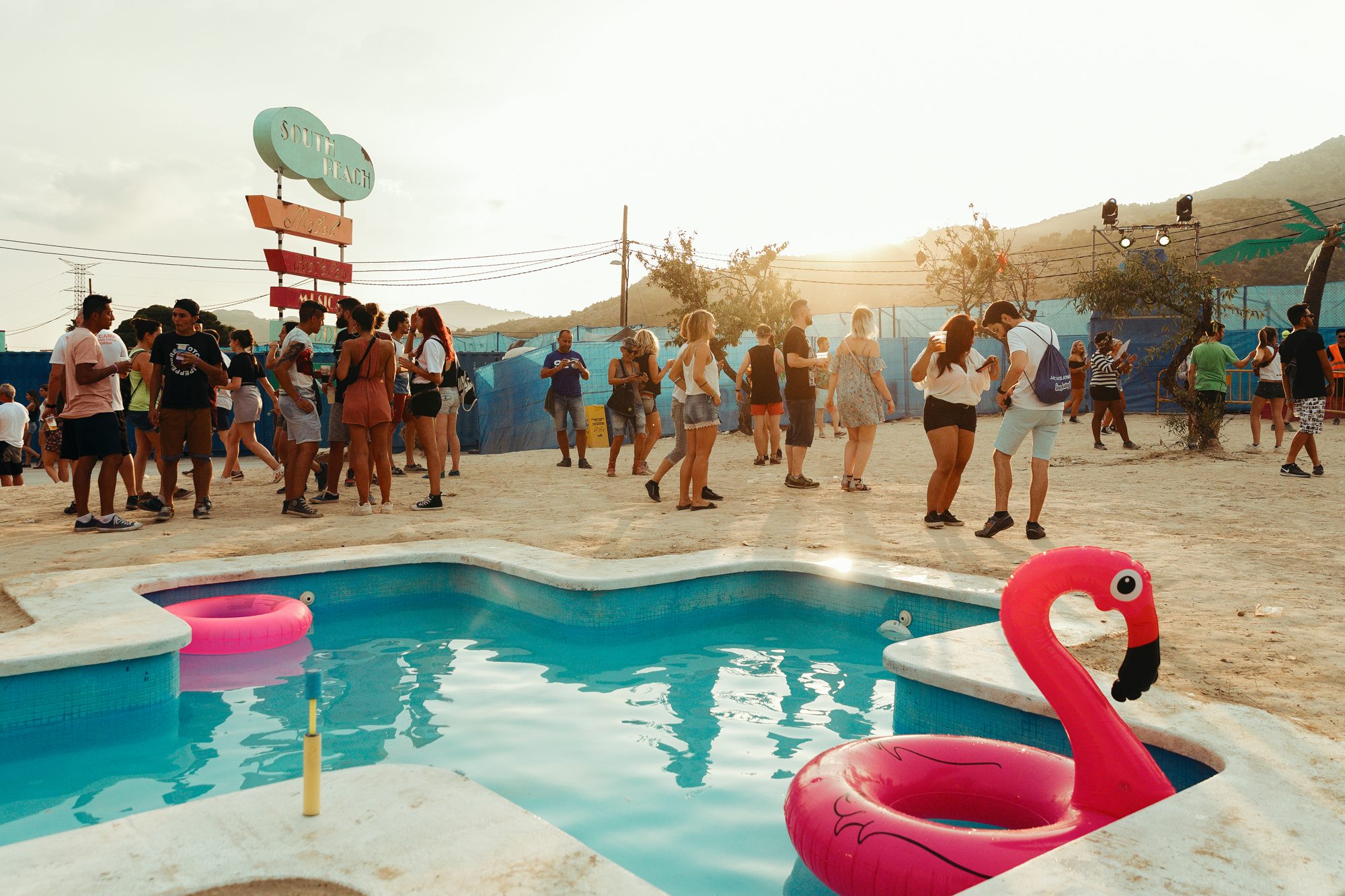 It's not often you can go to a festival and be a 10 minute walk away from the beach. Benicassim located within the mountains of Spain is one of my favourite international music festivals based on their lineups. Previous years attended I've seen everything from Biffy Clyro, Red Hot Chilli Peppers, Kasabian, Foals, Liam Gallagher, The Prodigy, Florence & The Machine, Blur, Portishead, Jamie T, Kaiser Chiefs. The list simply goes on and on. I thankfully have spent my last few birthdays in Benicassim, taking me from having delicious tapas next to the Mediterranian to being on Paddys shoulders at 3am screaming my heart out. Once again it is highly advised that if you intend to camp you pay extra for the shady spots or pitch in with a group of friends to get an apartment or Airbnb nearby. This year we see the lineup of: The Killers, Travis Scott, Liam Gallagher, Pet Shop Boys, Two Door Cinema Club, The Vaccines, Madness, Catfish & The Bottlemen and Belle & Sebastian. Benicassim have a few stages for upcoming talent, so even when you're partied out and sitting on the floor with a 1am falafel pit stop you'll find something to groove to.