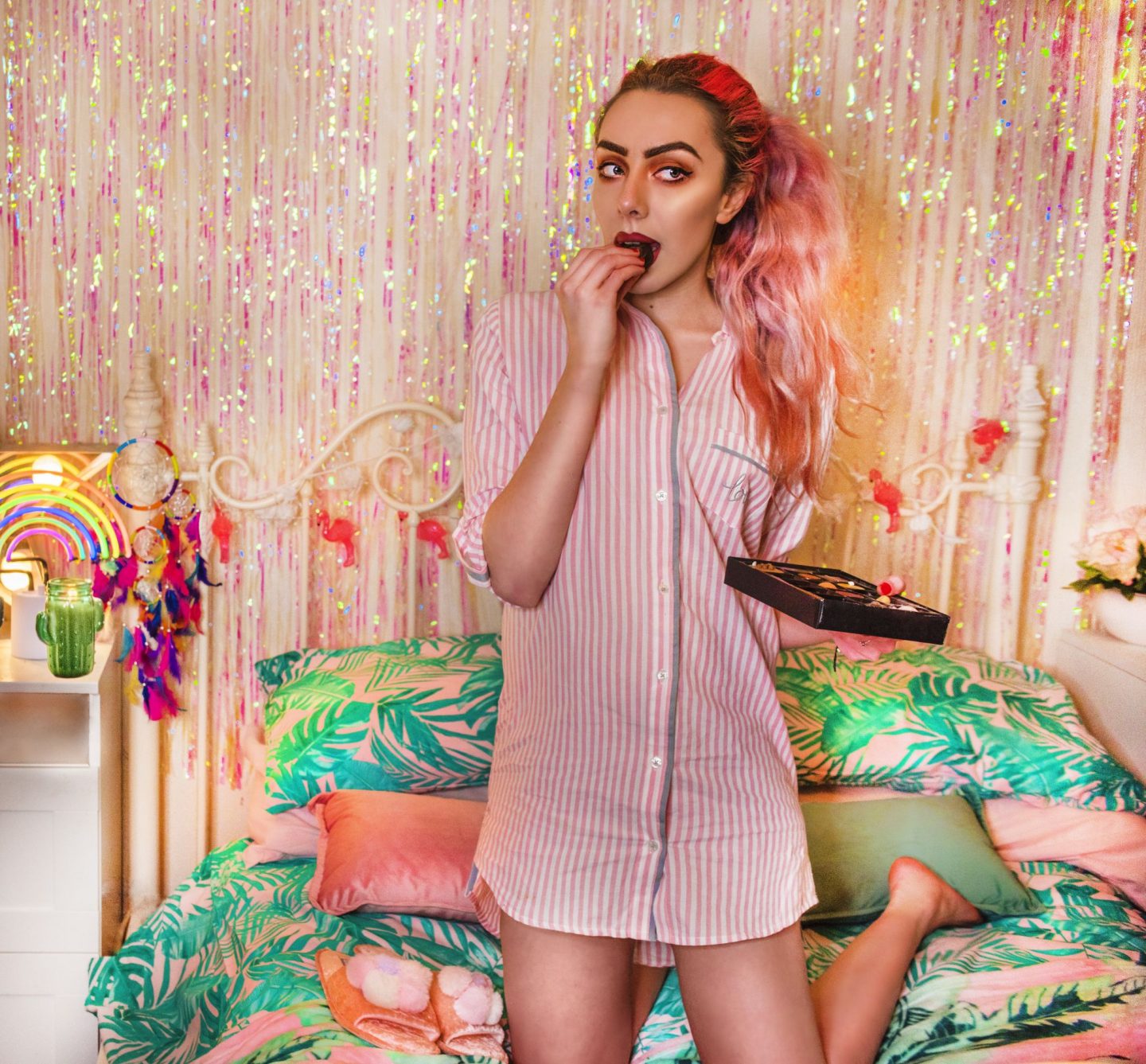 How To Live Your Life Without Comparison

The Journey Of Self Love

There's probably been one day where you've looked at the life of another in absolute awe and felt down in the dumps about your own. Today I wanted to chat the importance of living your own life, and seeing each day till the end fully being aware of your own choices, and how that's made you feel. I find it crucial to live in my own head where I feel fully in control of everything I do, and know the reason why things are or are not the way that others are, and learning to appreciate what you have. I watched an interview last night with Stephen Fry that was aired on the Parkinsons Show many years ago, whilst starring Robin Williams. They picked up on the topics of animals and their natural behaviour, to cut a long story short that humans are the only creature that lust after the lives of others, as we're continuously exploring, adapting and creating new knowledge for the world to see. His view point was that one animal does not crave the live of another. Alike a quote I heard many years ago, that a fat cat doesn't wake up in the morning, look in the mirror to think about its weight. That cat is 100% being a cat, and dedicating every moment of its life to being who it is. Which brings me to humans, our thoughts, opinions and personalities which concludes our overall outlook on life.
I stand by being a positive ray of sunshine, trying to make the world a better place word by word and generally keeping a morale of a half glass full kind of person. Through the struggles and strives in the world, I believe positivity and peace of mind, body and soul will save the world in the present day. The idea being is that if we're kind to ourselves, we're kind to others, and naturally we'll see a social shift in the outlook of the world as it snowballs into being a wonderful place. Politically things are somewhat messy across the globe, and it feels like a surreal reality TV show, where we tune in to see the next batch of news as if it's not affecting us. Whereas really it is. You've no doubt seen the current state of gun laws, and the impact it's making. So you know that the world isn't quite as idyllic as we'd like it be. But our morale is what keeps us ticking through the present day, and positivity being upmost the most important aspect of any healthy mind. So no matter who you are, if you have access to this article, may this be a constant reminder that you're doing great as you've made the commitment to invest in some time to read about positivity. 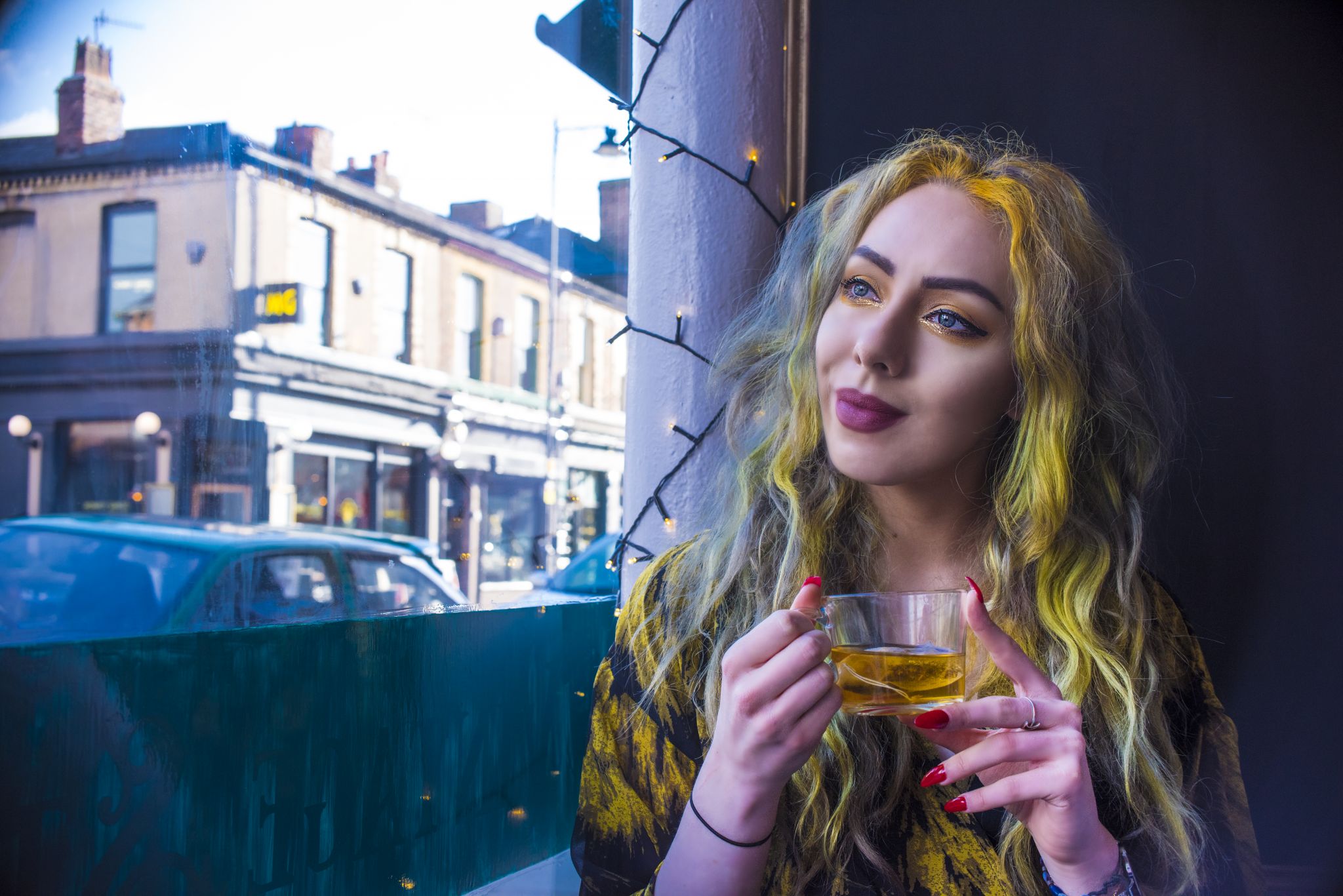 Mindful positivity of the body and brain

I've touched on body positivity, and how to love yourself on countless occasions. My personal views of self love blossomed from reading into Hindu mantras, where Buddism and the state of the world starts off on the inside. You'll hear me quote "Be the change you wish to see in the world" as Gandhi famously said. Which to any happy, healthy human wishing to live in a world lacking comparison should be the core and foundation on which you premise your positive thoughts. Leading a life of being present, and practising mindfulness is a great way to start off. Remind yourself every day without fail of all the wonderful things you possess in your life currently. Some aren't sure where to start, so begin with yourself. Tell yourself that you are a intelligent, beautiful person that makes good choices. Tell yourself how wonderful your body is that it's breathing and functioning, and creating beautiful thoughts. Remind yourself of how clever the human body is, and how this has created inspiration and influenced you to the present day.

You can next move onto your physical appearance, and know that there is no one else like you in the world. That no one does a better job of being you, than yourself. You possess things that no one has, and that no one else can achieve. Once you've learnt this, that this is you, and there's not a damn thing you can do to change it you will learn the art of self acceptance. Love all the quirks that can't be changed; maybe it's the freckles on your face, or a scar you got from when you were a child. Replace anything you think of as being a negative and turn it into a positive thought. Those freckles you have shouldn't hinder your own self love, they should encourage it. You are a unique snowflake, walking this planet and every step you take those freckles, scars and distinctive qualities walk with you, so why not love them whilst they're along for the ride? 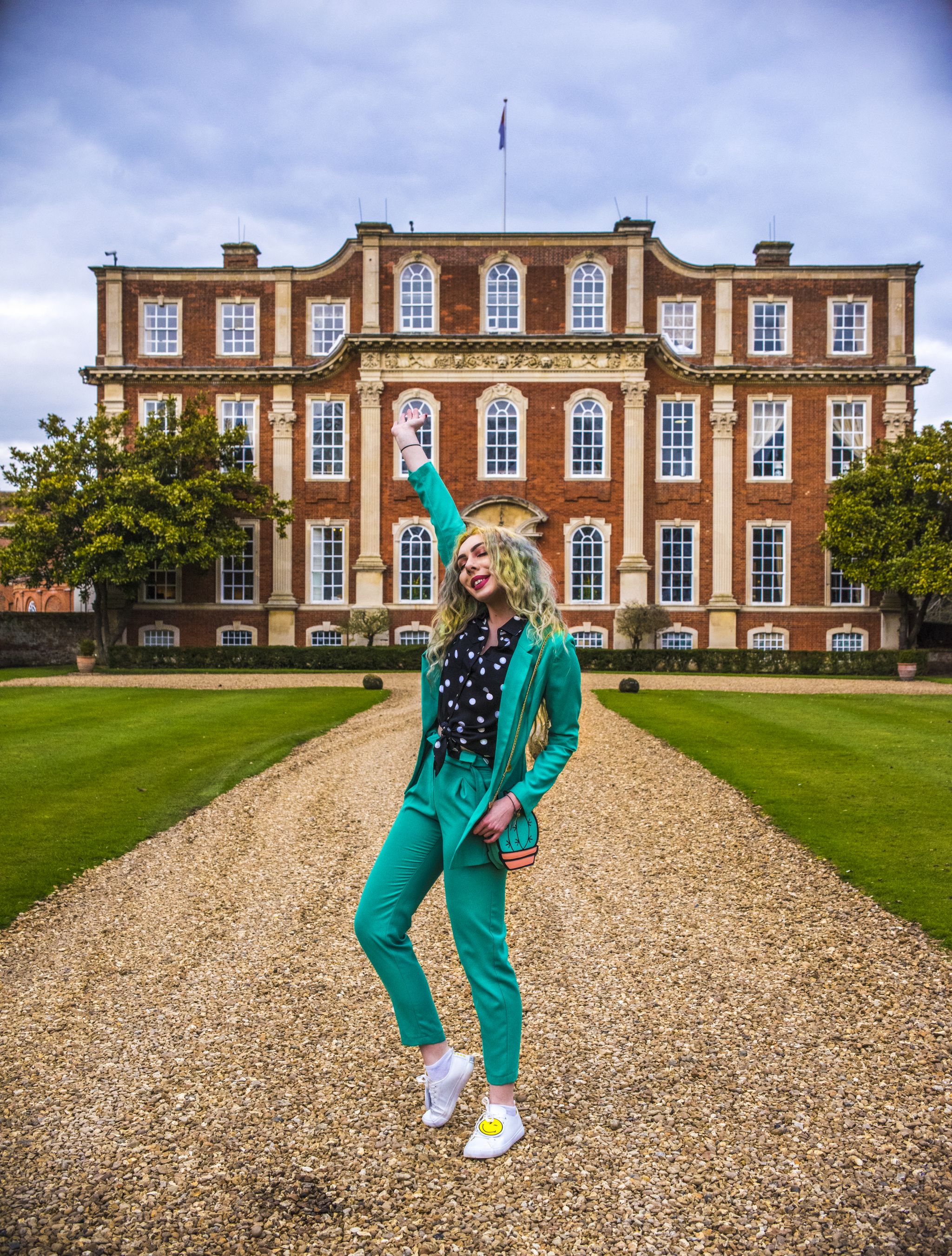 You've probably heard the quote 'nothing masks an ugly personality.' which is valid, and true, but it's not impossible to change. Emotions shouldn't be masked, but adapting to become a better person is a revelation we can all benefit from. As a child we're taught about manners, the simple additions to conversation like please and thank you, as gratitude is positive. So what I pose is the question is if you can be kind to a stranger who's serving you at a till, why not apply to everyone you encounter, including yourself? A simple lifestyle switch up is the baby step to cutting lose a negative attitude, and thus comparison.

Remind yourself that even though you could possibly compare yourself to anyone or anything in the world, there's always going to be downsides to anyones life. Although I push through in telling you that you should strive for as much positivity as humanly possible, life throws a curveball and some things are inevitable. Finances is usually one that can be hard to control. So yes you may not have your dream house, or your dream job yet fully knowing that someone somewhere out there does, it doesn't mean it can't be yours yet. But they've no doubt been through your journey too. At one point or another in our life we've all had a house that isn't Pinterest worthy, that gets messy - and frankly if your house is Pinterest worthy, I'll bet it still gets messy. Houses are meant to be lived in, they're not showrooms. So my point is that financial comparison will only spiral your attitude. Money doesn't define happiness after all.  So look around your own house and the things you've built up throughout the years, all those experiences and moments you picked each item and made the commitment to add to your own sanctuary.  If those items don't make you happy, get rid of them and detox the house. This sanctuary is for happy memories, and good vibes only.

Gratitude towards your current life 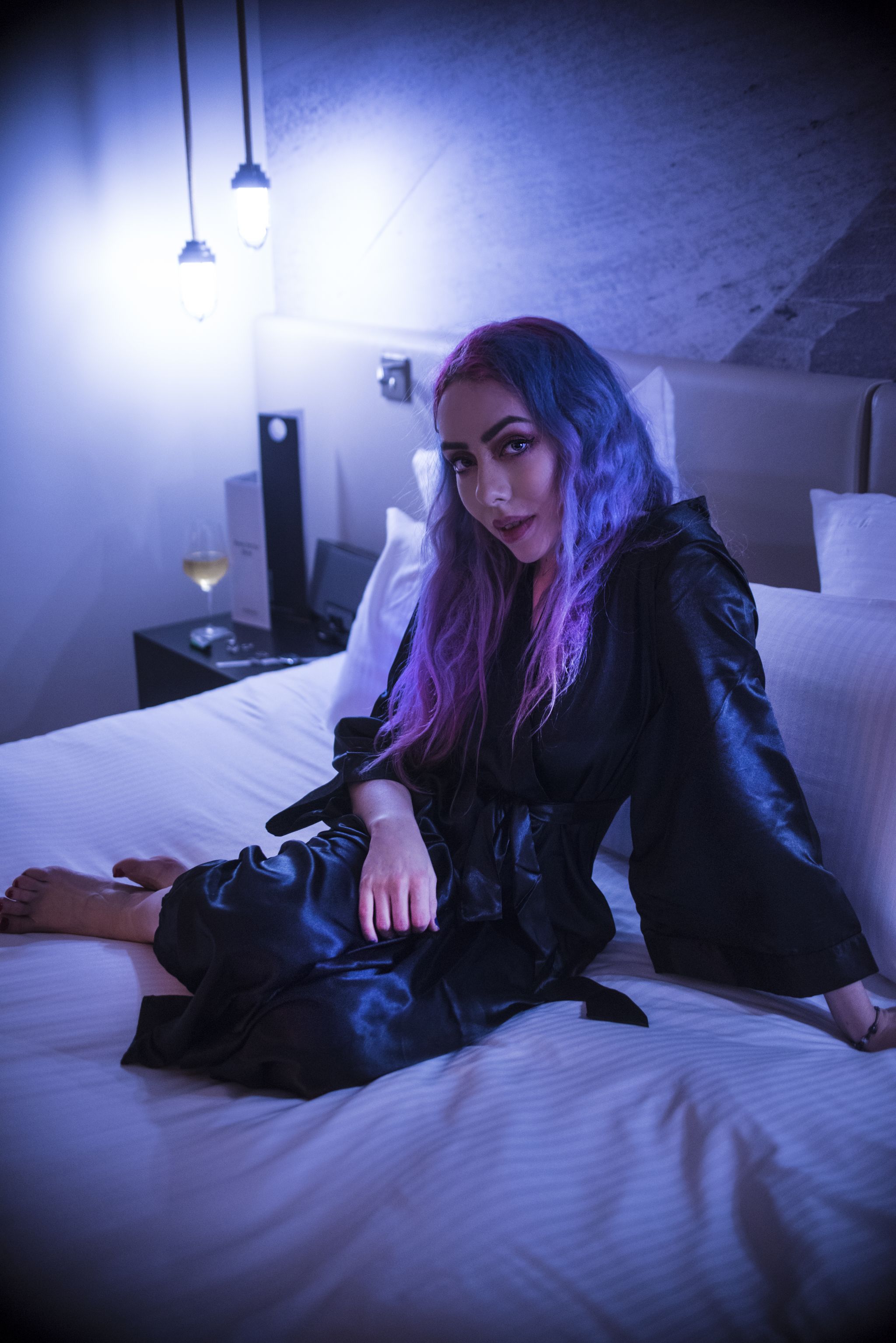 Make material investments because you want to

Personal style in my opinion is dictated by yourself, and no one else. Fashion is seasonal, style is eternal. Never dress for anyone else, dress for yourself. Admire the garments of others with a good outlook. They might be expensive, they might be not to expensive but who are you to judge. You should be stepping out into life with absolute confidence in whatever you wear. You picked out your own clothes, so own it like the streets are your catwalk through life. I frequently get asked if I'd ever consider a job in personal styling, to which the answer is no, as I really do believe that inside everyone they know what they want and what they like. They just haven't tried it or discovered it yet.

Which brings me to my point, of dressing in things that really do make you happy and will always make you happy. An average woman's wardrobe is filled with clothes they never wear, trim the tags off or simply cannot get to. You might have bought something on a whim because it was on sale, and seemed like a great deal to find that it was never ever worn. So try on your clothes, and think of how this outfit is going to do some talking for various occasions. Invest in better fabrics, designs and things that suit your personality - not because it's the IT item of this week. I spend my life informing you guys about trends, and my go-to items in hope that one day you'll find your own go-to outfits. I'll never enforce a trend, only compliment as it's your life, you're the boss and you call the shots, not me. 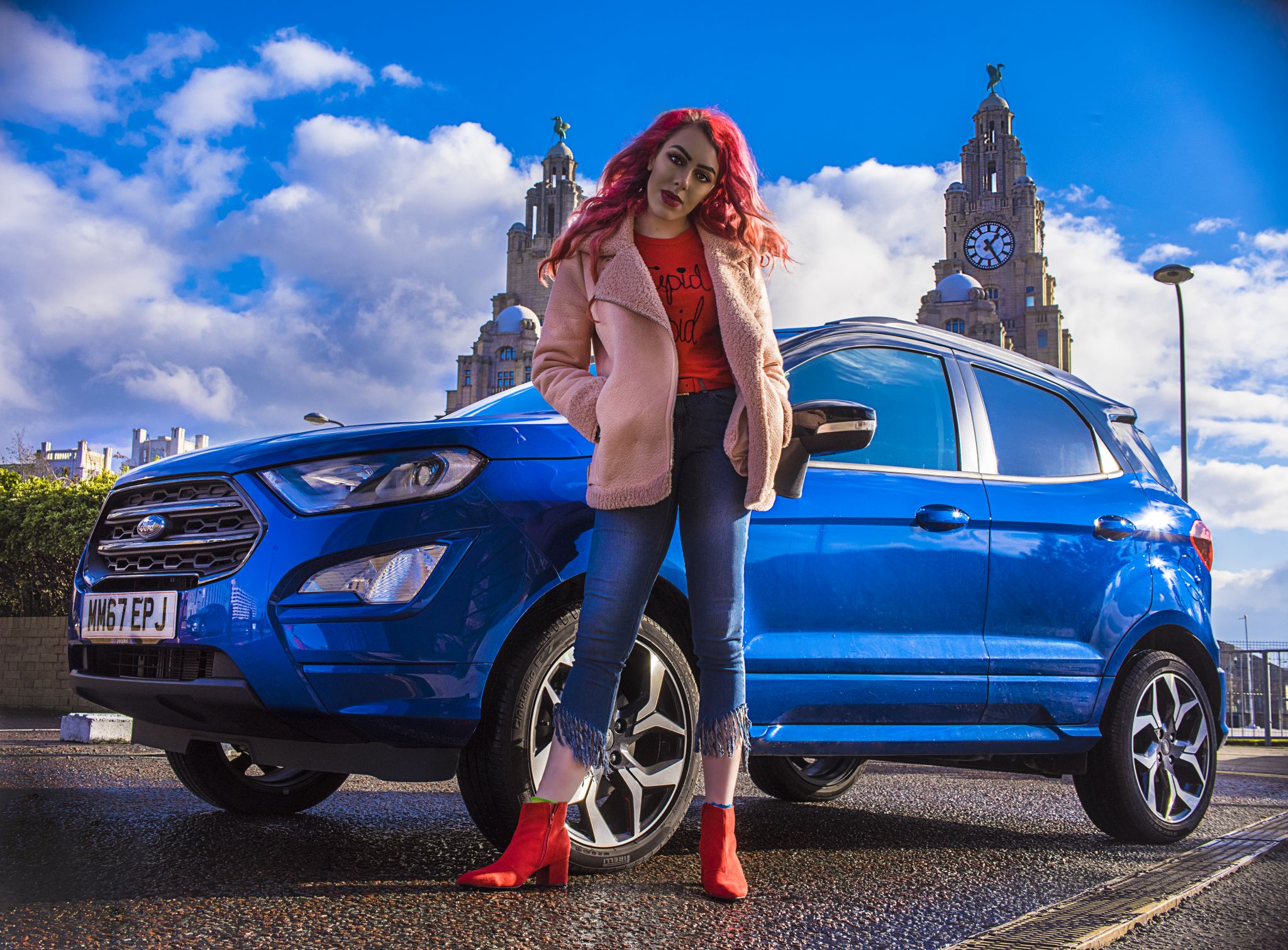